The FIFA 20 TOTY is here

Published on by lukezim 140 Comments Updated on 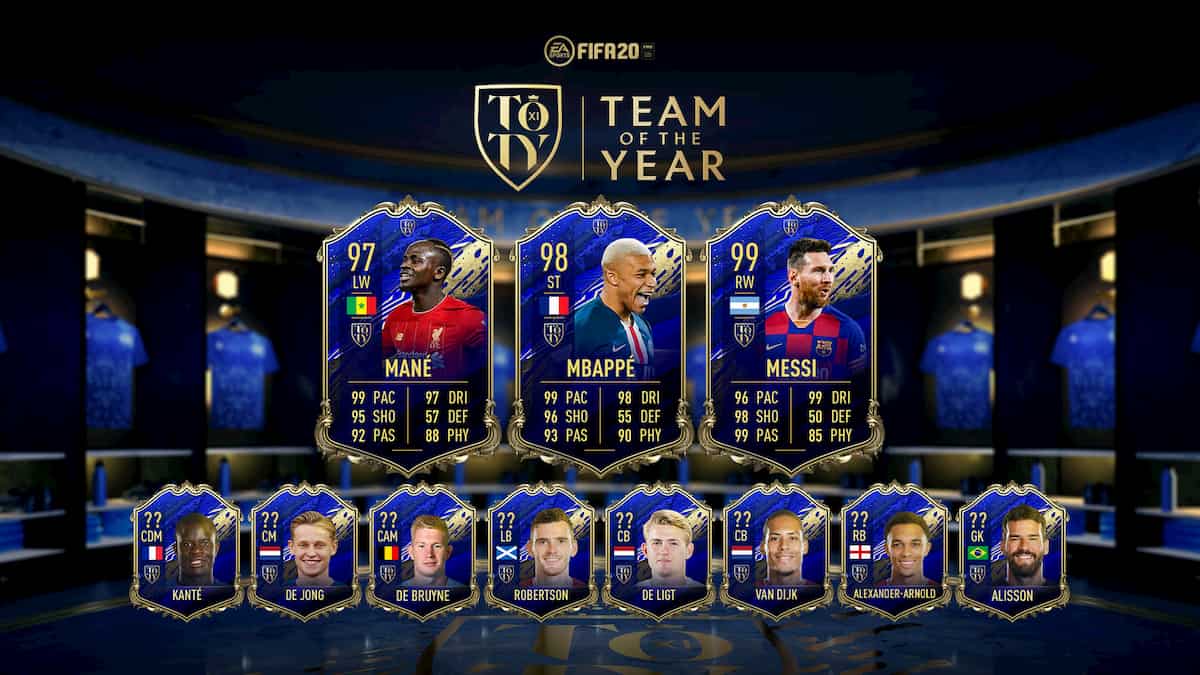 In a highly stylized trailer revealed on EA's YouTube and Twitters concurrently Monday afternoon, EA's FIFA team officially unveiled the FUT 20 "Team of the Year", as voted on by the community.

In a departure from the past two FIFAs, the vote was more heavily influenced by the community directly this year (sites like this one had given their votes to the community prior but were just a fraction of the overall vote).

Despite the community first approach this Ultimate Team, we wound up with a team pretty similar to the one you might've expected were it just chosen by the pundit class.

After a 2019 of dominance, Liverpool lead the way unsurprisingly with left winger Sadio Mane, a near full backline of left back Andrew Robertson, homegrown right back Trent Alexander-Arnold, and of course Ballon d'Or runner up (and arguable snub) centerback Virgil van Dijk. Goalkeeper Alisson Becker is also represented in net.

The ratings for each will be revealed as they're put into packs. The attackers were up first with 99 Messi, 98 Mbappe, and 97 Mane were in packs as of 6 p.m. UK 6 January until the 7th. 94 De Jong, 97 Kante, and 98 KDB entered them at 6 on Tuesday, 7 Jan. The defenders and GK are expected to be available from Wednesday-Friday with the 12th player fan vote and the full team available all weekend.

You can check Futhead's latest players section for all the players as their ratings are available.