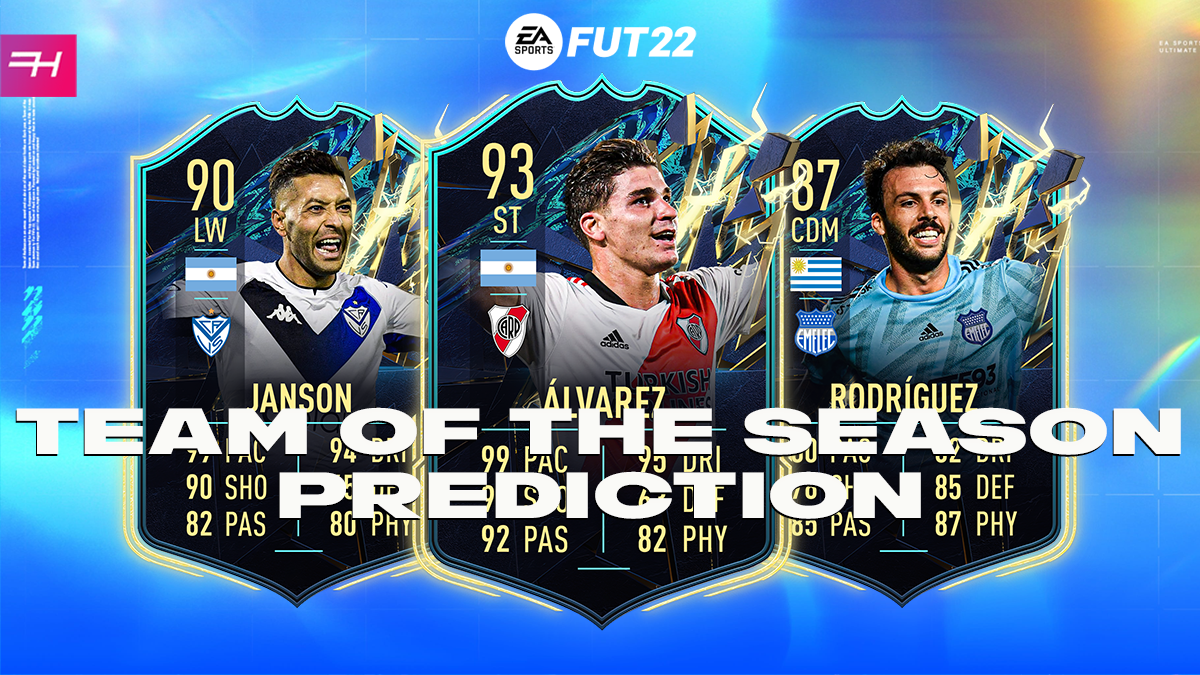 Before you start looking at the potential players I need to say a few things. First of all, EA removed the release date from their official TOTS schedule but at the same time a Conmebol TOTGS pack was added to the code so we don't know exactly if we see it this week or not. Second, don't be mad at me when you miss a player or do not agree with me. It's nearly impossible for me as an European to keep pace with South America tournaments and also there are not a lot of good sources available. I tried my best so please keep that in mind! 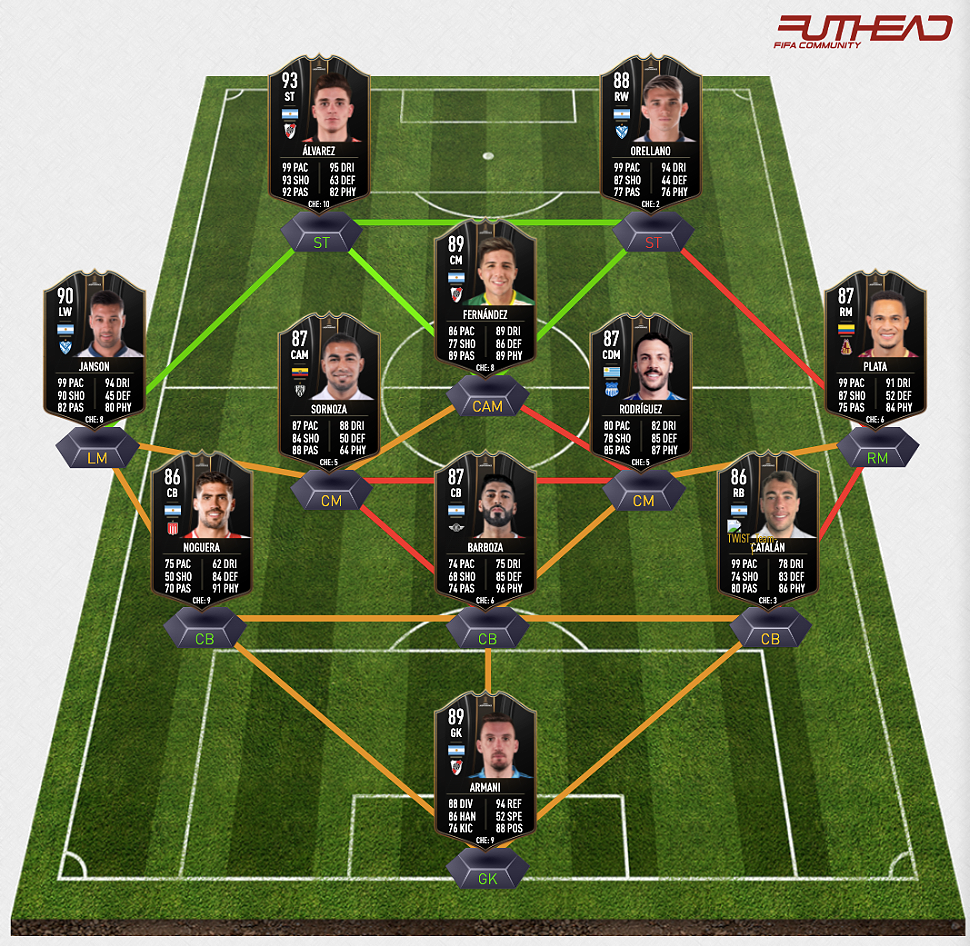 F. Armani GK – River Plate - 80 -> 89 Rated: We're starting the Conmebol predictions with the keeper and it's one of a few River Plate players. The Argentinian club topped their group with a nearly perfect record of 16 out of 18 possible points and just conceded three goals in six games which makes me inlcude Armani. There are a few other possible goalkeepers but with River having the best defensive record alongside Palmeiras it's hard to ignore him.

F. Noguera CB – Estudiantes - 69 -> 86 Rated: The first defender in here is Fabian Noguera from Estudiantes who topped their group with 13 points atop and five goals conceded. It may not be the best defensive record but Noguera still had the third most clearances of all players in the groupstage and is one of the few who could get in.

A. Barboza CB – Libertad - 75 -> 87 Rated: Next up is Alexander Barboza from Club Libertad in Paraguay. He's actually one of the very few defenders from the club's which are in FUT who played more than three games and therefore was one of my first picks and on top of that he also was the best defender for his side.

M. Catalan RB – Talleres - 70 -> 86 Rated: The last defender in here is Matias Catalan who joined Talleres in January this year from Mexican side Pachuca. Talleres finished their group in second place with a 7 point gap to third placed Catolica and Catalan was one of the best players for his side, keeping a total of 4 clean sheets in six grop stage matches and actually wouldn't look that bad.

S. Rodriguez CDM – CS Emelec - 73 -> 87 Rated: Starting with the first midfielder in my prediction and it's a defensive one. Sebastian Rodriguez probably was the most important player for CS Emelec on their way throught the groupstage, not only preventing the opponents to score but also getting on the scoresheet himself. He finished the group stage with five goals to his name and definetly should be in.

E. Fernandez CM – River Plate - 74 -> 89 Rated: I said it before, I included more than just one River Plate player and the next one is the son of the three-times Copa America winner Enzo Francescoli, Enzo Fernandez. The 21-year-old central midfielder played an important role for his side, having scored two goals and assisted another in six group stage matches.

J. Sornoza CAM – Independiente DV - 72 -> 87 Rated: Next up is the Ecuadorian international Junior Sornoza. He joined Corinthians Sao Paulo back in 2019 and actually is on loan at Independiente del Valle, his third loan spell in the last two years. It looks like Independiente was the right choice for him as he managed to win Serie A with the club in 2021 and also played an important role in his side's successful Libertadores campaign so far, ending the group stage with five goals and an assist to his name.

A. Plata RM – Deportes Tolima - 70 -> 87 Rated: The last midfielder in here before we start talking about attackers is Tolima's Anderson Plata. Plata, who joined the Colombian club in 2019, scored four goals and assisted another during the groupstage.

L. Janson LW – Velez Sarsfield - 75 -> 89 Rated: The first of two attackers from Velez Sarsfield is Lucas Janson. Janson, who had a short loan spell at Toronto back in 2018, joined Sarsfield in 2019 from Tigres and was one of the best players for his side in this year Libertadores campaign so far with 4 goals to his name.

L. Orellano RW – Velez Sarsfield - 73 -> 88 Rated: The second Sarsfield attacker is the right-winger Orellano and he's a one-club player at the age of 22. He started his youth career in 2009 with Sarsfield and made his debut for the first team in November 2018. In this year's Conmebol Libertadores camapign he assisted three goals so far, helping his side to make it throught the groupstage.

J. Álvarez ST – River Plate - 84 -> 93 Rated: The last player in my prediction is, who would have thought, Manchester City's new signing Julian Alvarez. Performance wise I wouldn't have considered including him after 5 matchdays have been played with just two assist but he then absolutely smashed it in his side's 8-1 win in the last groupstage game as he bagged six goals for the Argentinian giants against Preuvian champions Alianza Lima.