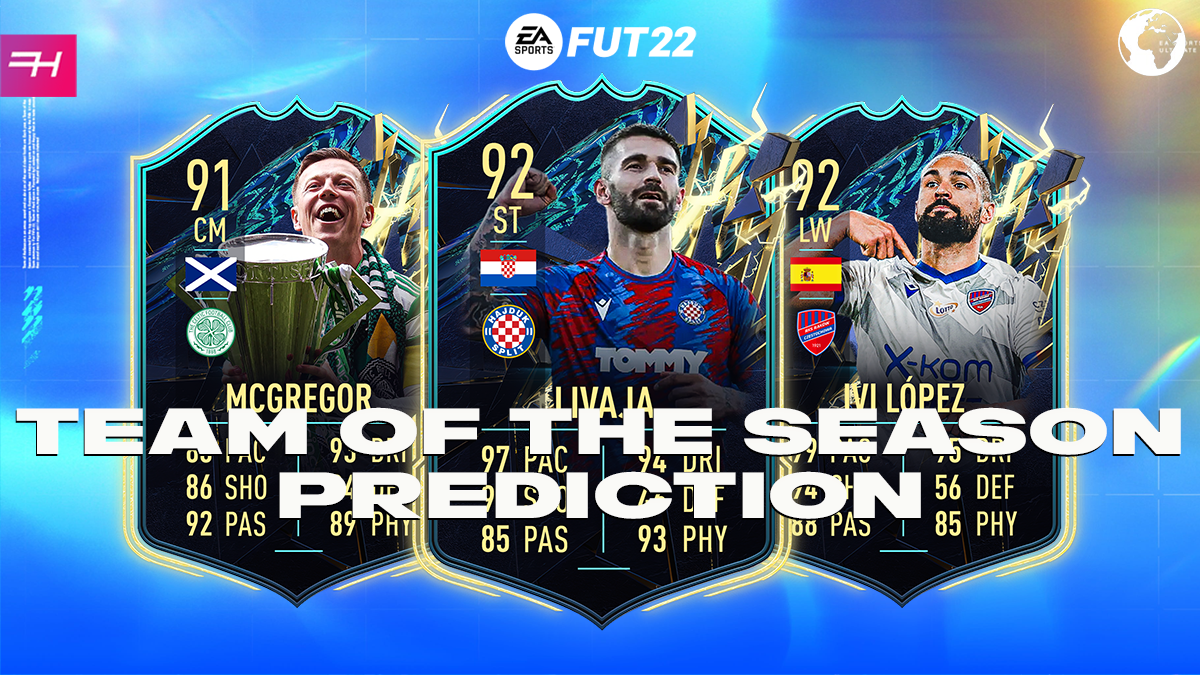 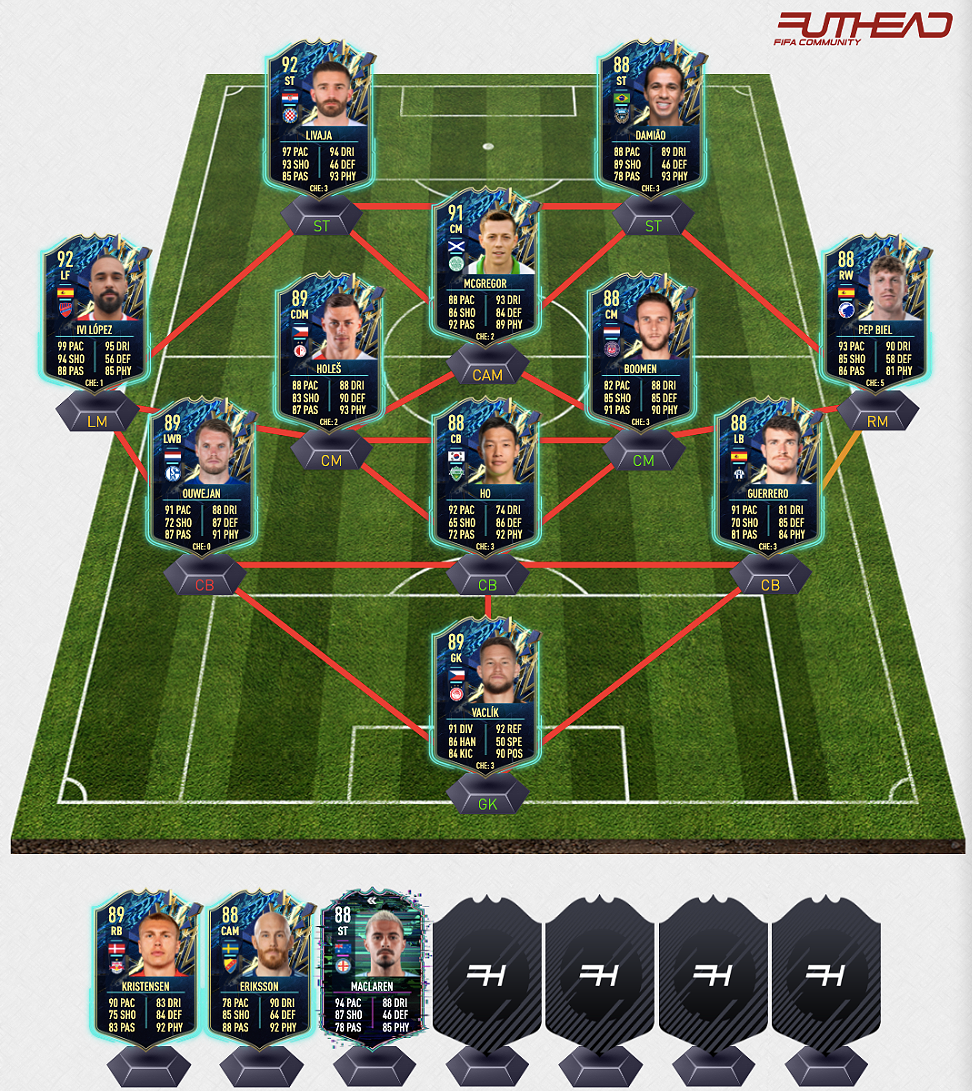 T. Vaclik GK – Olympiacos CFP - 81 -> 89 Rated: We're starting the ROTW predictions with the keeper and former Sevilla shot-stopper Tomas Vaclik who joined Greece side Olympiacos last summer. Record-title winner Olympiacos again won the league this season with just 14 goals conceded and that was also thanks to Vaclik who kept a total of 13 clean sheets troughout the whole campaign. The goalkeeper spot for ROTW is pretty hard to pick so it's 50/50 for Vaclik.

T. Ouwejan LWB – FC Schalke 04 - 79 -> 89 Rated: Thomas Ouwejan may show his skills in the Bundesliga next season. The former AZ Alkmaar player was already on loan at Schalke this season and the club activated a clause in his contract, making his loan a permanent transfer now. Ouwejan played an important role in the promotion of the Royal Blues, having played 29 games in which he scored three goals and provided eight assists for his side. Terodde is the hottest pick from Bundesliga 2 but with the amount of strikers I opted against the German and went with Ouwejan instead.

Hong Jeong-Ho CB – Jeonbuk Hyundai - 71 -> 88 Rated: Next up is former Augsburg defender Jeong-Ho from Jeonbuk Hyundai who topped off his successful season with the K-League MVP award 2021. Hong showed off his skills as both captain and defender, locking down Jeonbuk's defene line. Jeonbuk, as a result, conceded the fewest goals in the league last season, with 37 in 38 matches, winning their ninth K-League title and became the first team to ever win five in a row.

Guerrero LB – FC Zürich - 69 -> 88 Rated: After escaping relegation on the penultimate matchday of 2020/21, FC Zürich managed to pull off a title victory against all the odds in becoming the champions of Switzerland in 2021/22. Zürich were relatively quiet in the transfer window before the season but Guerrero proved to be an important addition to the team, deployed in the wide position left. He provided vital defensive stability and has been the link between defence and attack, with no other Zürich players being involved in as many open-play sequences as the Spaniard.

T. Holes CDM – Slavia Praha - 77 -> 89 Rated: Usually the Rest of the World TOTS contains players from clubs who won the league title but with Viktoria Plzen not being in Fifa I'm happy to include the current Czech Player of the Season Tomas Holes. Slavia Praha finished second this season behind Plzen and Tomas Holes was once again vital for his side. The 29-year-old midfielder, who announced his contract extension until 2026 earlier this year, might not have the headlines in the newspapers but is important doing the dirty work in the squad.

van den Boomen CM – Toulouse FC - 71 -> 88 Rated: A master of set pieces, van den Boomen had an excellent season under Philippe Montanier and guided Toulouse to the Ligue 2 title and promotion to Ligue 1. Arrived almost two years ago from Dutch club De Graafschap, van den Boomen carried Toulouse towards Ligue 1 with stats that are crazy for a midfielder. The Dutchman finished the season with 12 goals and 21 assists and was named UNFP Player of the Season.

C. McGregor CM – Celtic - 75 -> 91 Rated: Next up is Celtic captain Callum McGregor who has capped a stunning season by being crowned PFA Scotland Player of the Year. The Hoops midfielder took over the skipper's armband in the summer as he replaced the legendary Scott Brown and led by example on and of the pitch, playing a crucial role in the club's successful title winning 2021/22 campaign.

Pep Biel RW – F.C. Kobenhavn - 67 -> 88 Rated: Next up is last season's Player of the Season Pep Biel. The Spaniard was the most expensive signing in the history of the Danish Superliga after he arrived in 2019 from Real Zaragoza for a fee of five million euros and is now going through his best moments as a footballer in Copenhagen after a first few difficult months. The footballers himself voted the Spanish midfielder who finished last season with 11 goals and six assists to his name.

Ivi López LW – Rakow - 78 -> 92 Rated: The last winger in my prediction before moving on to the strikers is Ivi Lopez. Rakow finished second in the league in one of the most exciting title races in the Polish top-flight but Ivi Lopez still managed to shine at the awar show. The Spaniard, who finished the season with 20 goals and 7 assists, was named Ekstraklasa Player of the Season 2021/22 and also finished as the league top goalscorer.

L. Damiao ST – Kawasaki Frontale - 74 -> 88 Rated: Consistency was the mark of Leandro Damiao's terrific season. Damiao finished among J1's top five goalscorers the season before, when he also helped Frontale take home the league crown, but he took it to another level last season. Not only was he more deadly in front of the goal, but he became a go-to provider too. Frontale didn't just took home their second straight J1 title and fourth in the last five seasons, they also topped the league with 81 goals scored and Damiao scored 23 of them. In an incredible season full of amazing performances, Leandro Damiao was the best of them all and was honoured with the league's MVP award.

M. Livaja ST – Hajduk Split - 84 -> 92 Rated: The last player in my prediction before we start looking at the potential SBC and Objective player options is Marko Livaja. When talking about the Croatian top-flight it's usually Orsic who's the first player which comes in mind but Livaja was the standout players this season. Marko Livaja joined Hajduk in February 2021 as the saviour and soon took over all the ends of Hajduk's game, took the team to Europe and kept them at the very top in the league for a long time ths season. Livaja finished this season with 28 goals and six assists to his name and is picked up the award for the best player of the season 2021/22.

R. Kristensen RB – RB Salzburg - 75 -> 89 Rated: Starting to look at the options for SBC's and Objectives now and my first choice is Rasmus Kristensen from RB Salzburg. I had a few other options on my list but decided to go with Kristensen in the end who managed to score seven goals and registered three assists throughout the 2021/22 campaign.

M. Eriksson CAM – Djurgardens IF - 69 -> 88 Rated: Another option for a SBC is Djurgarden's team captain Magnus Eriksson who received double prices at the Allsvenskan's grand prize in december as the 31-year-old won both the Midfielder of the Year and the MVP of the Year. Malmö FF secured the Swedish Championship and this was after a long-lived fight between Malmö, Elfsborg, AIK and Djurgarden but the big individual prices went to Djurgarden's team captain who scored five goals and recorded 13 assists in 29 games.

J. MacLaren ST – Melbourne City - 76 -> 88 Rated: The last player in here is a fan favourite from last Fifa in the name of Jamie MacLaren. Despite not ending the season with a club title, Jamie MacLaren still managed to impress and took home the 2021/22 Golden Boot with 16 goals to his name and I could well imagine a Flashback SBC for him this Fifa.