Published on by Aarong222 21 Comments Updated on 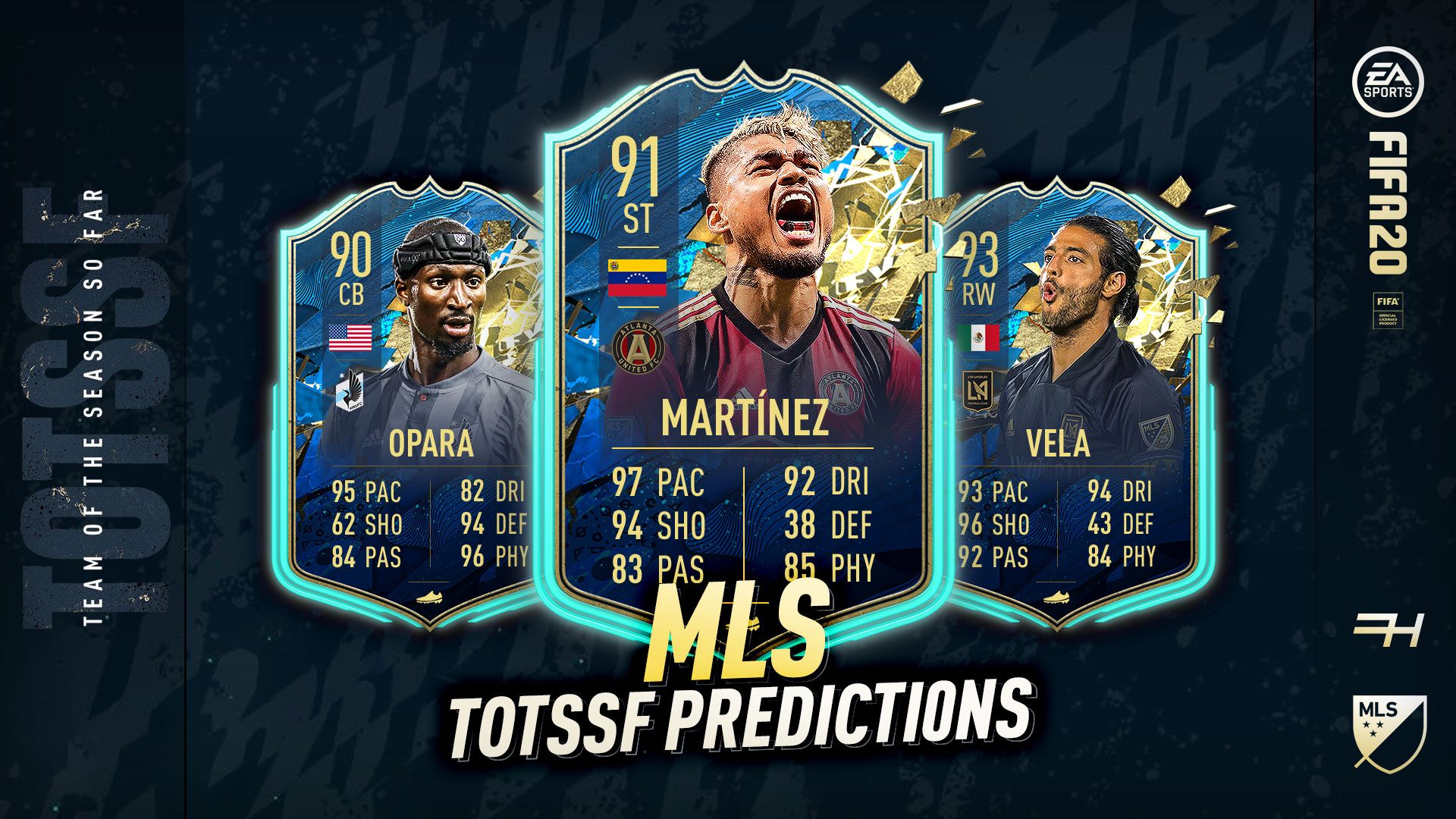 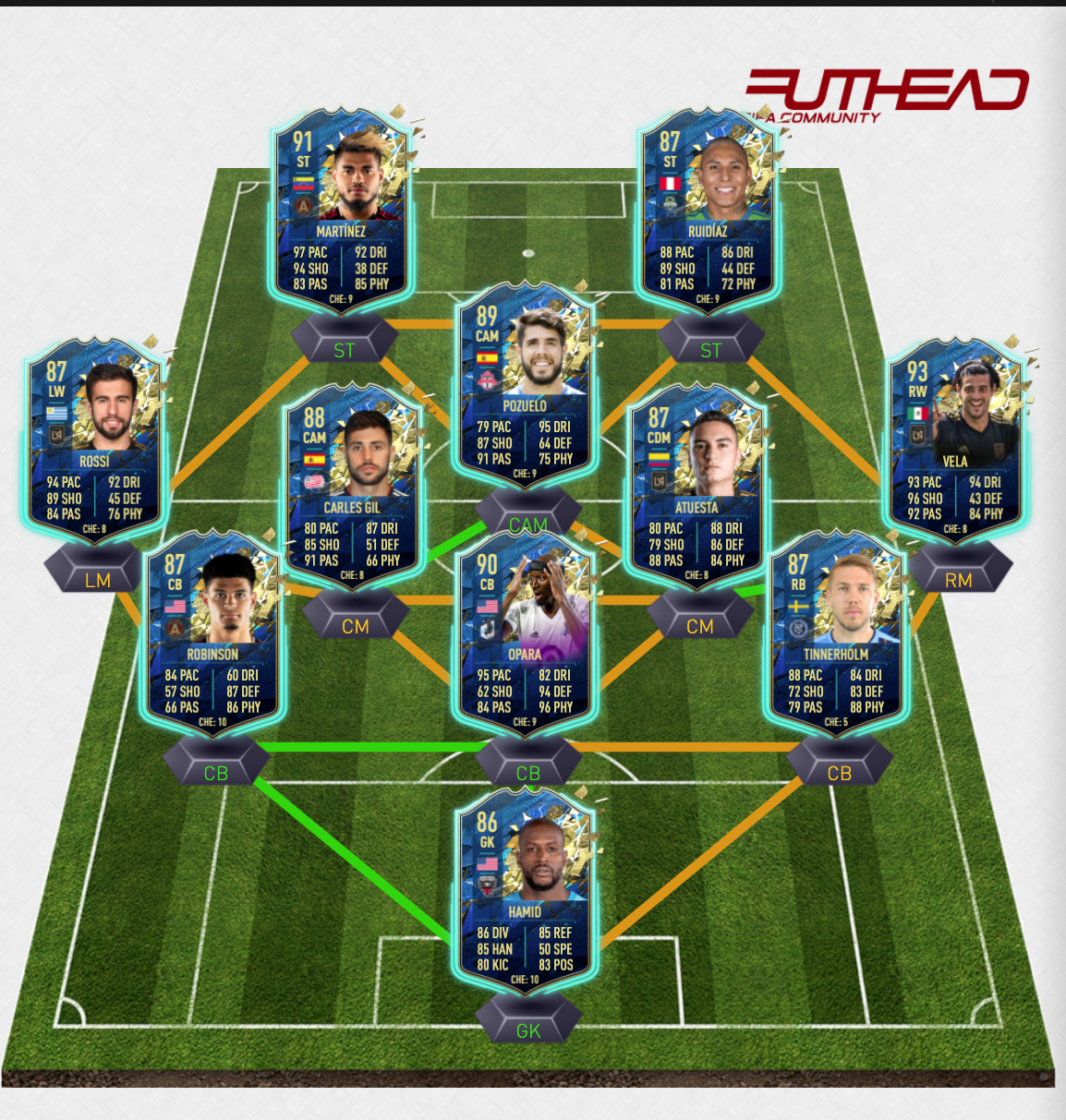 Bill Hamid - GK - OVR 74 The keepers on these eleven man sides have been extremely difficult to predict and the MLS is no different. There are several ways it could go but with DC United's strength coming from their defensive side of the game this season I felt that it was only right to give their keeper the preference on this one. Hamid has been reliable for multiple season between the sticks now and could finally get some recognition for it from EA.

Miles Robinson - CB - OVR 68 Miles Robinson entered the MLS season relatively unknown but his performances didn't go unnoticed. So much so that the national side opted to call up him and thus he earnt his first caps for his country. With Zimmerman moving clubs he is unable to make this side and thus it leaves Robinson as the obvious option as otherwise three CB's may have been pushing it. Robinson played a part in all of Atlanta's 34 matches this season which at just 22 years of age is an impressive thing to do as a defender.

Ike Opara - CB - OVR 74 Opara is a common name among the FIFA community with superb pace being the main attraction for multiple years now. It turns out that hes not just good on the game though. The American picked up his second MLS defender of the year award, with his first coming in 2017 after he helped Minnesota to their first play off appearance. Since joining the side they have significantly improved defensively.

Anton Tinnerholm - RB - OVR 71 I debated including Gressel in this spot as a RWB but I just couldn't get over the club switch meaning I couldn't justify him a TOTS item at his current club. That being said Tinnerholm was always in strong contention alongside Gressel for this spot and with a goal and seven assists to his name the Swede stands out over other defensive options. There have been several matches which Tinnerholm has played a more advanced role but with the majority being from RB thats where I expect the eventual inclusion to be.

Diego Rossi - LW - OVR 73 There will be several predictors that leave Rossi out in favour of bigger names such as Nani but when it comes to it Rossi was hands down one of the best players in the division for the most recent MLS campaign. The young Uruguayan winger managed 17 goals and 8 assists for Los Angeles FC and although largely overshadowed by Vela he shouldn't go unnoticed here.

Carles Gil - CM - OVR 75 With New England finishing in seventh for their conference before being eliminated in the first round of the play offs you could argue that they don't deserve to feature in a side which only contains eleven players and although I do agree to an extent sometimes you have to make an exception. Carles Gil, who you might remember from his brief stint at Aston Villa pretty much carried New England to that play off spot from the center of the park, controlling everything they did, which is backed up statistically with ten goals and twelve assists.

Pozuelo - CAM - OVR 80 With the wide variety of nationalities in the MLS, when TOTS comes around it often offers several hybrid options. With a strong pace increase Pozuelo becomes very usable indeed as a cheap Spanish option. Toronto struggled in the first half of the season, finishing fourth in their conference but then excelled in the play off system before losing in the final. Pozuelo was one of their main players through the year, scoring fourteen and assisting another ten.

Eduard Atuesta - CDM - OVR 72 There were a lot of attack minded options for the midfield in the MLS but not a lot of defensive ones. For me that means that Atuesta simply has to make the cut. Atuesta managed to impress so much that Colombia decided to call him for their u23 side. He provided a lot at both ends of the pitch but it was his impressive ability to create chances which stood out, providing 11 assists for the season. He was later included in the MLS official TOTS and thus I can see him making this one too.

Carlos Vela - RW - OVR 83 Vela was always a respected winger over in La Liga but during his time over in the states he has simply been on another level. For the past couple of seasons to say he has dominated the division would be an understatement. He secured player of the year for his 36 goals and 11 assists which is a tally you can't argue with in any division and with a few seasons still in him I wouldn't be surprised to see him break several MLS records.

Josef Martinez- ST - OVR 81 Another player who picks himself with the sheer ridiculous amount of goals behind his name is Josef Martinez. The Venezuelan striker managed to bag himself 28 goals for Atlanta, helping them to a second placed finish in the eastern conference. Martinez usually has several special items in FIFA by now but it looks as though it's the TOTSSF item which we will have to rely on this FIFA. Of which I still expect a big upgrade for.

Raul Ruidiaz - ST - OVR 76 With Seattle claiming the play off victory I can't see EA ignoring the club entirely despite how difficult it was to include one. For me there are three real options from the club with Lodeiro, Morris and Ruidaz being the ones to stand out. I opted for Ruidiaz simply due to the positional spread. There were a significant amount of midfield options while the striker section was slim pickings. With 15 goals and 5 assists to his name Raul Rudiaz is a strong candidate for this side.