Published on by MattFUTTrading 5 Comments 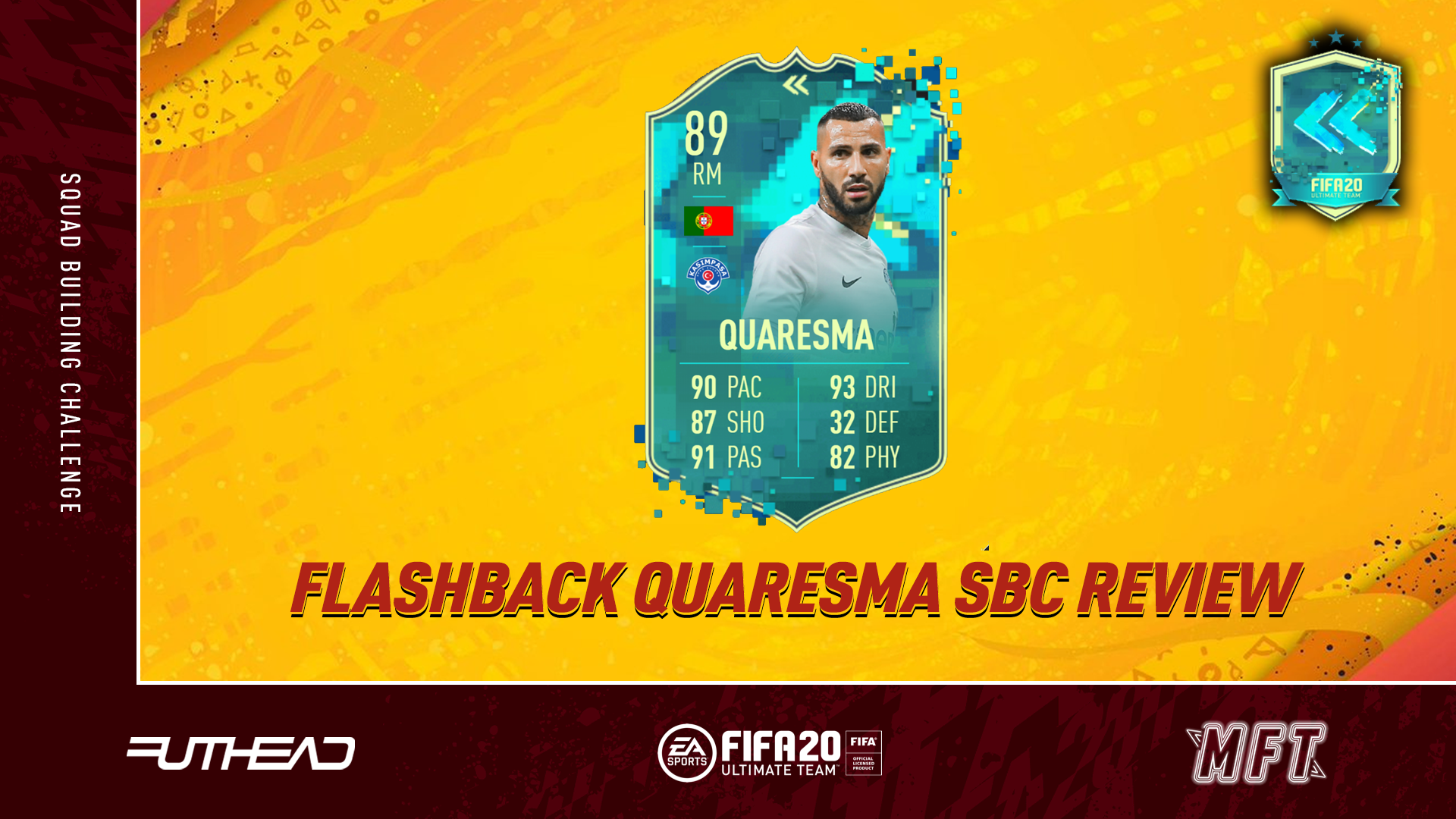 Quaresma’s Flashback SBC has been released in FIFA 20 Ultimate Team for a limited time, celebrating his 2007/08 Season.

Here are all the details regarding Quaresma’s Flashback SBC, including release dates, expiry dates, SBC requirements and overall SBC costs.

It’s fair to say that Quaresma is a fan favourite in both FUT and real world football, with his silky skills and outside of the foot worldies, but how does it translate into FUT20?

Let’s first take a look at his dribbling. With 5 Star Skill Moves, alongside 93 Agility, 93 Ball Control, 94 Dribbling and 90 Balance, expect Quaresma to be as tricky a winger to defend as he was in his prime.

Couple his dribbling ability with his 90 Acceleration, 90 Sprint Speed pace combination, then you have a very quick, agile player that fits the FUT 20 meta going forward.

A slight downside lies within his 87 shooting, that being his 79 Finishing. Despite this, he does have 92 Positioning, 94 Shot Power, 94 Long Shots and 95 Volleys, as well as 88 Composure, so just use a Sniper/Marksman chemistry style to boost his finishing, and you’ll be set.

His passing is solid, however is skewed thanks to his 99 Crossing and 99 Curve, meaning despite having 91 passing on card, he only has 87 Short Passing and 83 Long Passing. Not the end of the world, just not as good as the card stats suggest.

Physically, the card is very strong for a tricky winger, with 96 Aggression being a key stat, as well as 76 Strength, which means he’ll be harder to push off the ball than other fast, tricky wingers. 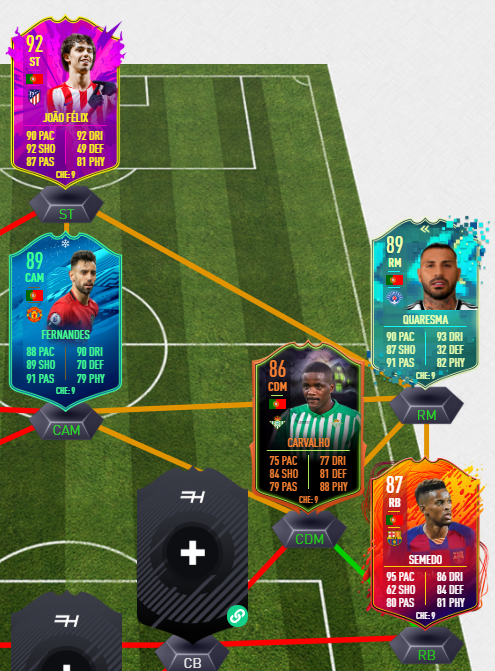 Unfortunately, Quaresma playing in the Turkish league does limit the strong links you can get to the card, so unless you’re looking to get some icons into your team to link him, your best bet is to get some meta Portuguese talent around him.

Starting from the back, you have a couple of solid RB options in 87 Nelson Semedo and 87 Ricardo Pereira, who both offer pace and solid defensive abilities. Moving into defensive midfield, the main option I’d look to use would be 86 William Carvalho, who offers everything from a defensive option to a box-to-box general. Moving into the attack, a very popular link, as proven by market movements recently, has to be the 89 Bruno Fernandes, who offers everything you’ll need from the playmaking role. Up top, Portuguese forwards are readily available, with 92 Joao Felix and 93 Cristiano Ronaldo both being top tier meta picks.

Quaresma is only 100,000 coins to complete, which is a very well valued SBC, even when completing from scratch. While he’s not the easiest card to link into a team, as a super sub for 100,000 coins, or even as someone to play slightly off chem, you can be sure he’d make a difference to most teams. If you’re a big fan of Quaresma, you have the green light to get this one done!

Definitely consider this one before he expires if you’re looking for a tricky winger with tonnes of technical ability..