Published on by MattFUTTrading 2 Comments 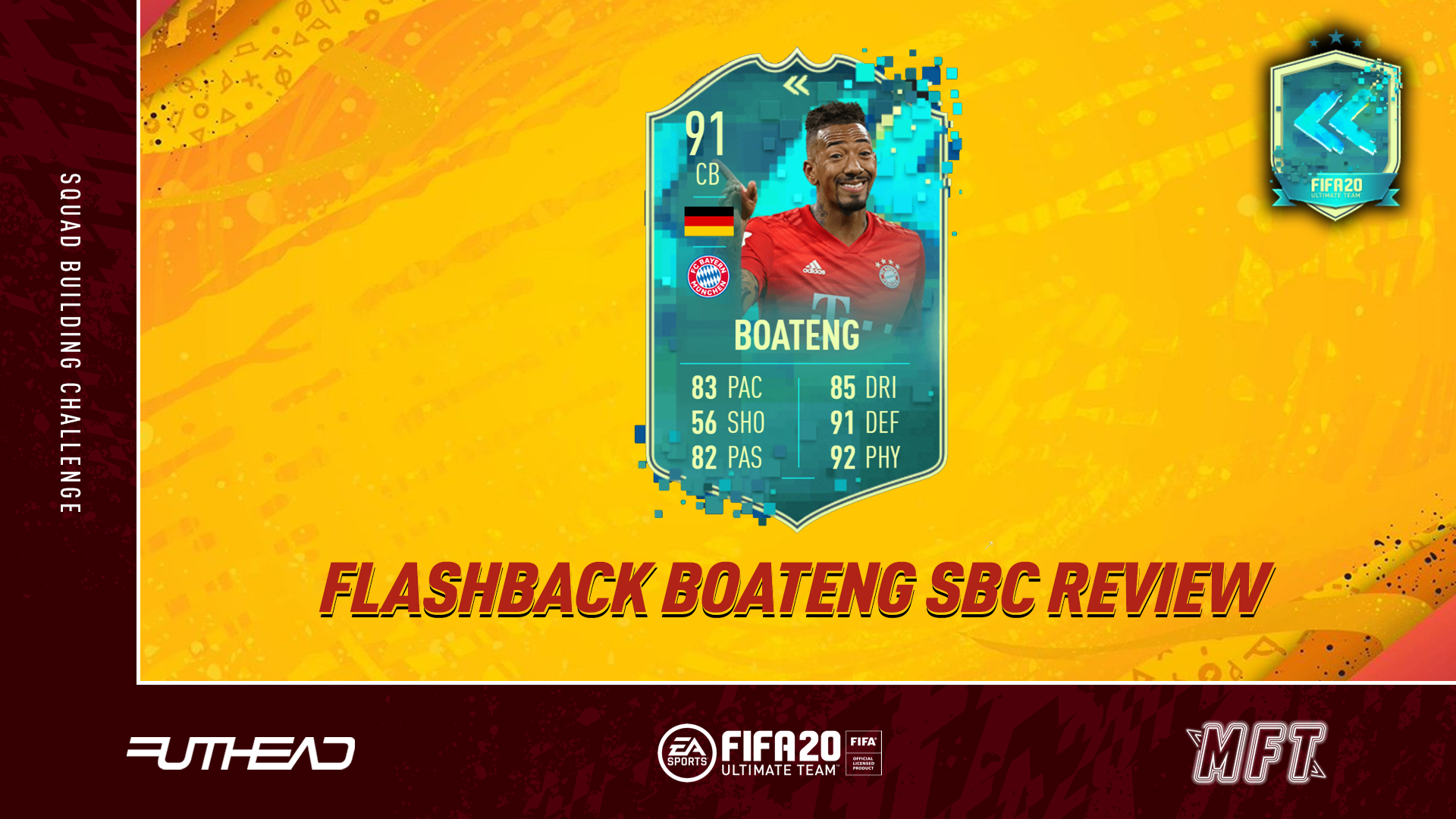 Here are all the details regarding Boateng’s Flashback SBC, including release dates, expiry dates, SBC requirements and overall SBC costs.

While it’s becoming a bit of a meme in the FUT Community with how many great Bundesliga CBs there are, Boateng is definitely someone that you should look at, possessing tonnes of top stats.

First off, there’s his 83 pace, made up of a good split with 80 Acceleration and 84 Sprint Speed. Being 6’4” with pace does certainly help make Boateng a tank at the back.

Moving on, his 70 Agility and 66 Balance may look low, however for a CB of his height, they’re actually very decent, and when coupled with his 99 Reactions, expect this card to feel very responsive for a big man.

Moving on to his defensive stats, they’re nothing short of incredible. Without a chemistry style, you’re looking at 89 Defensive Awareness, 94 Standing Tackling and 93 Sliding Tackling, which can all be pushed to a 99 with a Shadow.

Physically, it’s hard to fault this card. His 81 Jumping may look a little low, but at 6’4”, he probably won’t need to jump much to win headers against shorter, meta attackers. Furthermore, his 99 Strength, 90 Aggression combination will make attackers bounce off him.

All in all, a Shadow looks to be best for Boateng, as you’ll get him up to 95 Acceleration, 94 Sprint Speed, with 96 Interceptions, 97 Heading Accuracy as well as 99 Defensive Awareness, Standing Tackling and Sliding Tackling.

Being German in the Bundesliga, playing for Bayern, we all know there are a tonne of meta players that you can link with Boateng to get him into your side.

For those that completed 92 Neuer during TOTY, a perfect link to this Flashback Boateng is a very meta link that you can utilise. In defence, you’re not short of top quality Bundesliga strong links, with fellow Flashback 91 Hummels being a perfect partner, as well as Shapeshifter 88 Alaba. In full back, Winter Refresh 86 Schulz looks to be the best option, with 90 Kimmich and 88 Goretzka both providing perfect links into the midfield.

Being valued at only 340,000 coins, and also being available for the rest of the year, this Boateng looks like incredible value. If you’re looking for a CB, 340k is a great price to pick him up at, but you have the option to craft him over time through various rewards sets and promo SBCs.

A must do SBC!