Published on by MattFUTTrading 11 Comments 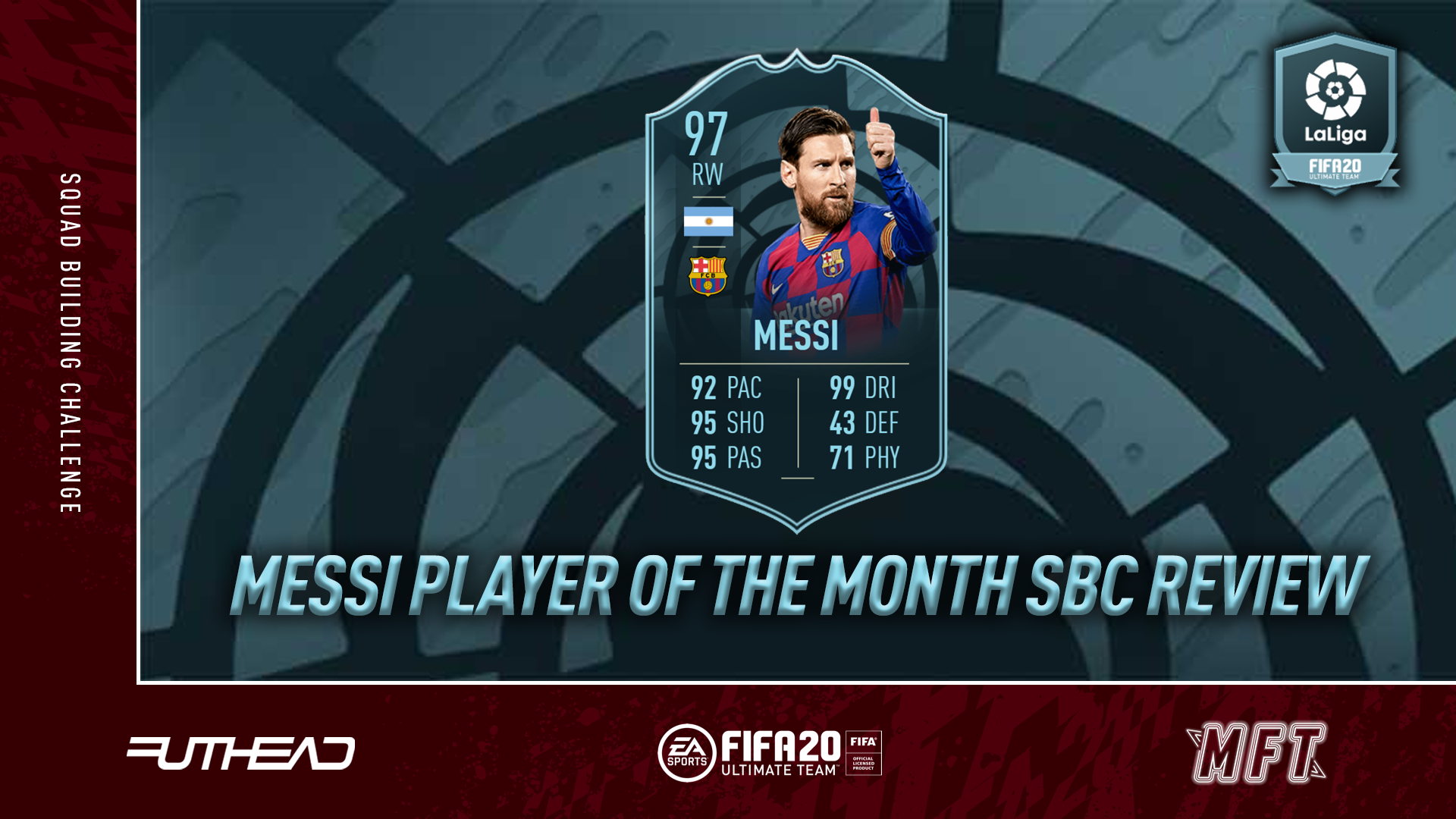 Lionel Messi’s February Player of the Month SBC has been released in FIFA 20 Ultimate Team for a limited time.

Here are all the details regarding Messi’s February Player of the Month SBC, including release dates, expiry dates, SBC requirements and overall SBC costs.

We all know how good Messi is in FUT 20, being one of the most meta players outside of icons this year, but the real question is, how worth it is this 2.9 million coin SBC?

First of all, for those that have completed the previous 96 POTM Messi, stay well away from spending another 3 million coins to get this 97. With only 39 extra in-game stats, you won’t notice much difference whatsoever between the 2 cards.

If you didn’t complete the previous POTM, and are in need of a Messi card, then look towards the 96 TOTGS Messi, who’s only got 28 fewer in game stats, is 1 million coins cheaper, and is tradeable.

Anyway, outside of these comparisons, we all know the stats that make Messi such a beast in FUT 20. His 96, Acceleration, 95 Agility, 97 Balance, 97 Reactions, 99 Ball Control and 99 Dribbling obviously make him such a handful, and allows for the quick left stick dribbling that so many love to use.

Going forward, his 98 Finishing, 97 Positioning and 99 Composure coupled with his Finesse Shot Trait make him clinical in front of goal.

If you’re still looking at getting a Messi, look at applying a Hawk chemistry style, as it’ll boost his shooting in the same way as a Hunter, and you’ll benefit from an extra +5 Strength, +10 Jumping and +10 Aggression. 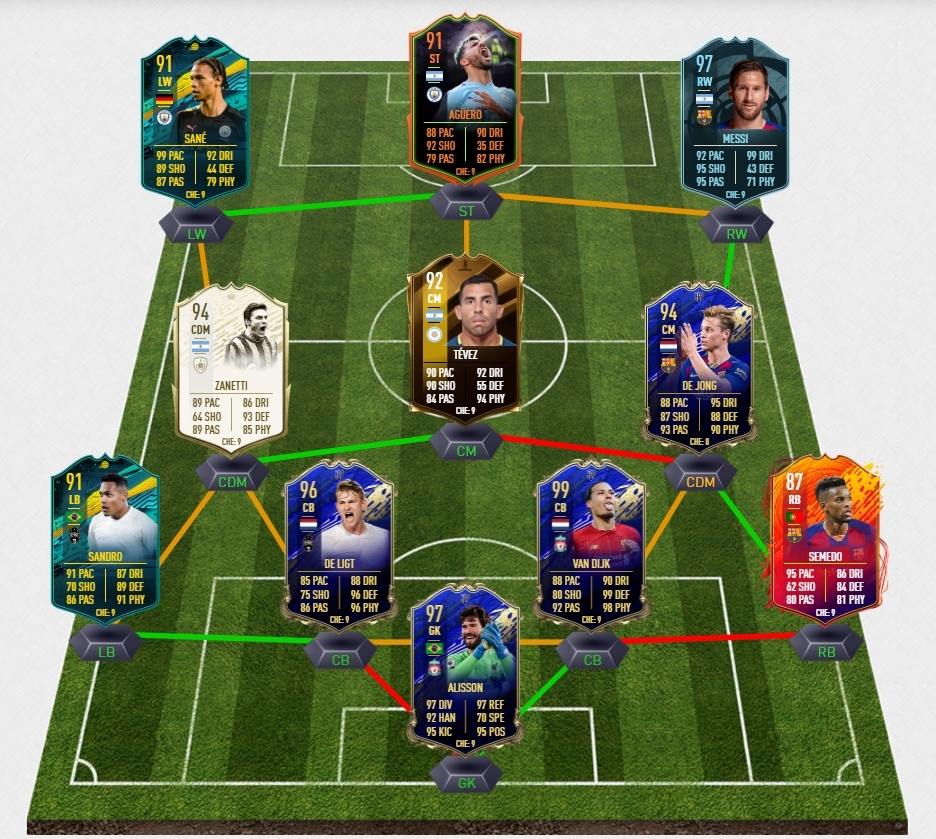 By this point in FUT 20, most people are probably aware of the best ways to link Messi into a team, with the likes of 94 De Jong and 87 Semedo being the obvious candidates when it comes to strong links.

If you’re looking to include some of the newer players in the likes of 92 Tevez though, don’t hesitate to utilise the Argentinian links to some of the new popular Copa Libertadores players, as well as pre-existing links to other meta cards like 91 Aguero.

Priced at just shy of 3,000,000 coins, and only having 28 more in-game stats than his next highest version, which costs 1 million coins less, and is tradeable, it’s hard to advise completing this SBC, especially so close to Team of the Season.