Published on by MattFUTTrading 3 Comments 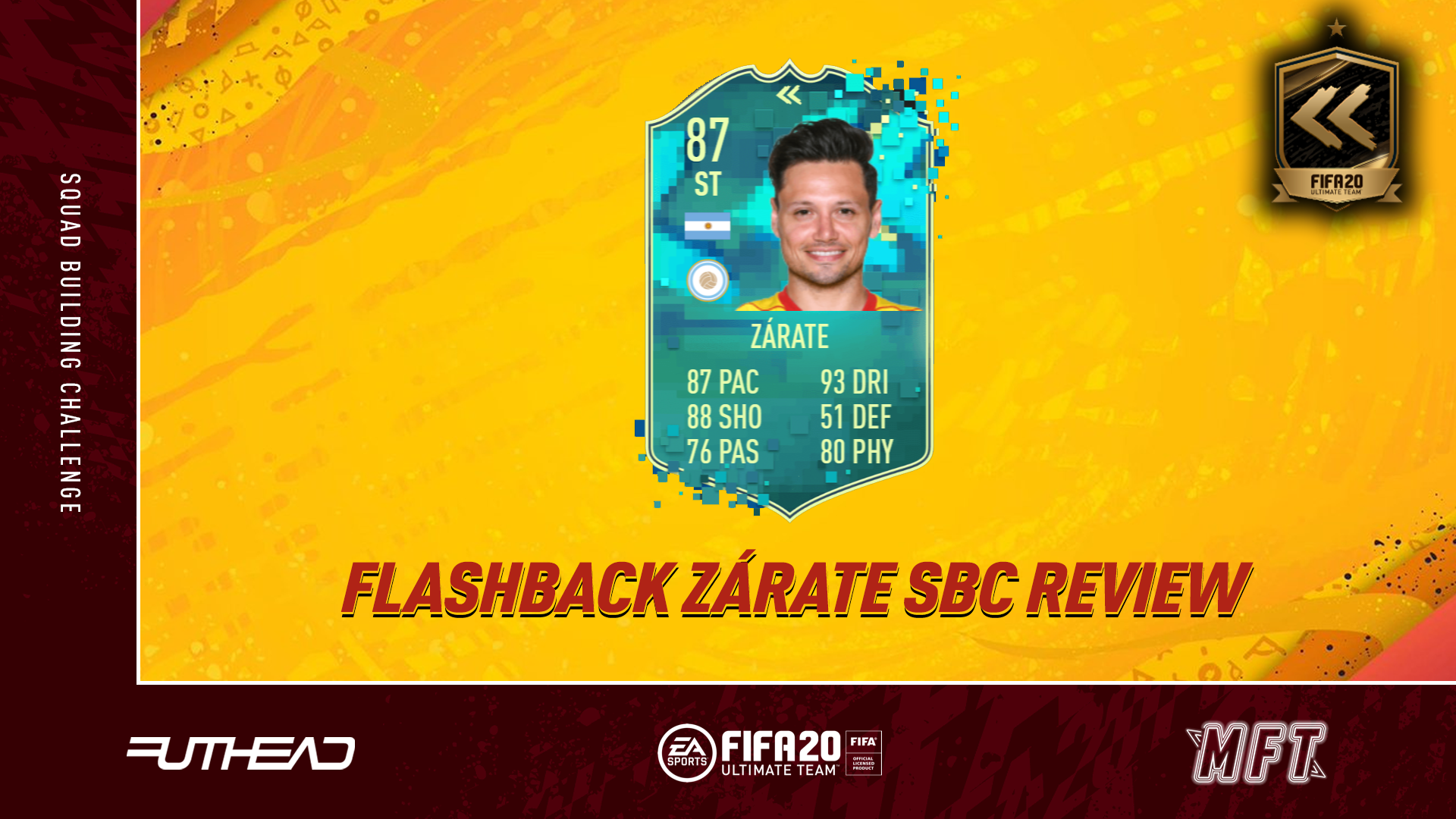 Mauro Zarate’s Flashback SBC has been released in FIFA 20 Ultimate Team for a limited time, celebrating his 2013/14 Season.

First off, let’s look at his dribbling stats. With 97 Agility, 94 Ball Control and 95 Dribbling, being 5’9”, expect this card to feel very quick and agile on the ball.

With his 88 Acceleration, 87 Sprint Speed combo, don’t expect him to be blasting past defenders, this should be considered more for quick turns and small bursts of pace, rather than full on runs down the line against an opposing full back.

His shooting at 88 looks decent, and with 88 Finishing, 89 Shot Power and 91 Long Shots, it’s certainly not bad, but with only 80 Composure, this card is let down enormously.

Plus, when you factor in the relatively poor 3 Star Weak Foot, this card may not be the most clinical striker to splash 80,000 coins on. 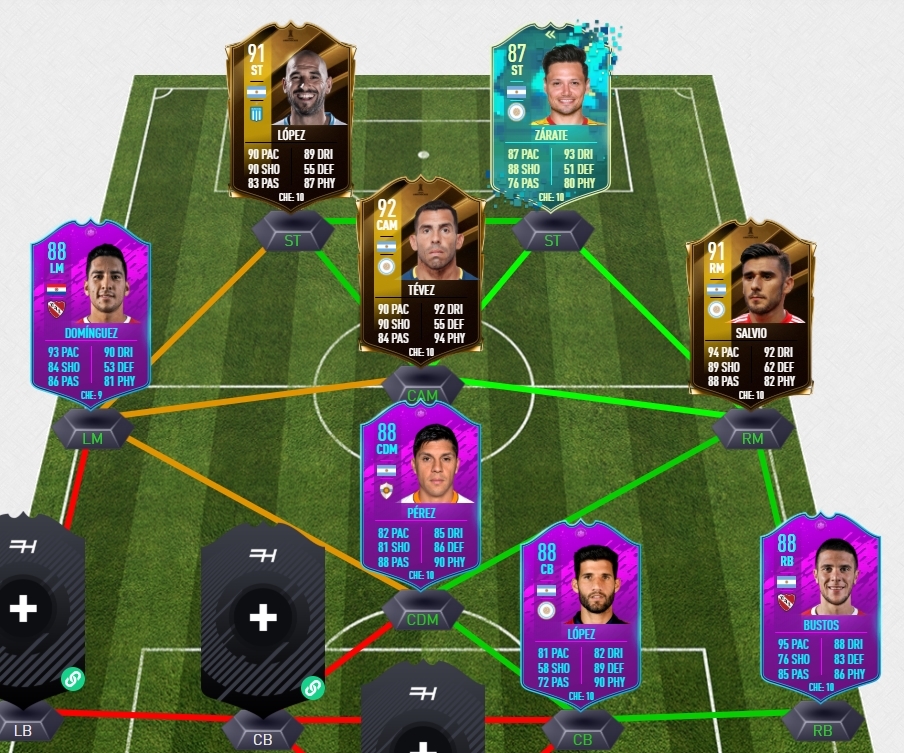 With all the new Argentinian and Argentinian League players released in the past week through the Copa Libertadores squad and new League SBCs, you’re not short of links if you want to get Zarate in your team.

Up top 91 Lopez and 92 Tevez look to be the best strong link options, offering pace, clinical finishing as well as solid physical stats. Out wide, a perfect link to 91 Salvio is on offer, with the new League SBC reward 88 Dominguez providing another pacey option on the left hand side.

If you’re looking at more defensive options for links, then look no further than the new League SBC rewards in 88 Perez, 88 Lopez and 88 Bustos.

Unfortunately, this Zarate cannot be recommended as a worthwhile SBC. Scrap the whole meta vs original squad debate, the fact of the matter, is that if this card were on the market, it would be no more than 20,000 coins. For proof, you have to look no further than 87 Scocco, who’s currently around the 20k mark with pretty much identical stats to Zarate.

Another overpriced SBC, not worth looking at.