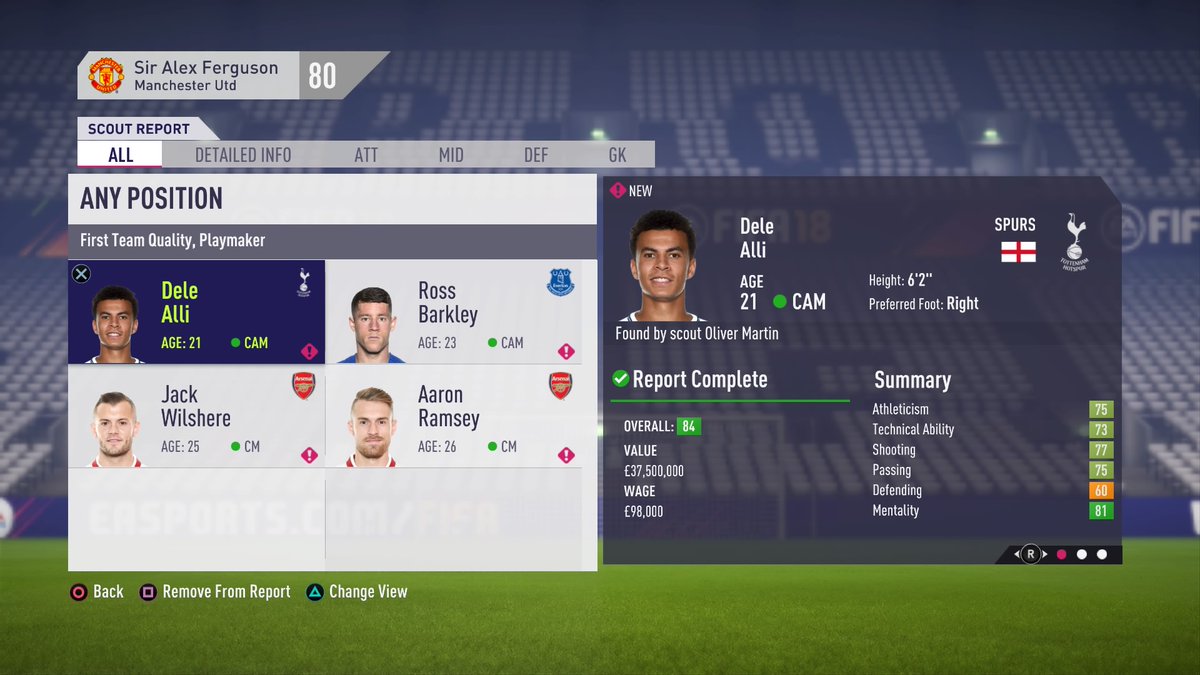 Welcome to the first article in our FIFA 19 Wish List series where today we will be looking at Career Mode. Personally, it’s one of my favourite game modes and even though FUT grabs much of the day to day spotlight, I think everyone still has a soft spot for FIFA’s take on management simulation.

After a few barren years, Career Mode received somewhat of a shot in the arm in FIFA 18 with new transfer depth and The Journey style cut scenes aiming to bring drama and polish to the buying and selling of the worlds biggest stars. At the end of the day, transfers are why we all play Career Mode, so it was great to see development focus in that area, even if some of the cutscenes novelty wore off over time.

However, Career Mode is still some way from fulfilling its true potential and this is where we need your help. I’ve come up with three of my own suggestions to get the debate started, but then it’s over to you guys in the comments. Please, use the up/down votes like crazy to bring the best ideas to the surface.

One of Career Mode’s core strengths is the fact that you start each save with a blank canvas. So, whether you’re Man City or Yeovil, you start with zero wins, zero losses and your relative prospects for success are largely the same. If you buy some good players and develop some youngsters, winning is only really limited by your own ability with the game. And whilst that’s great, it can also be a limiting factor to enjoyment, because sometimes in football management, things get difficult.

And that’s why a form of “Scenario Mode” where you pick-up a teams mid-season crisis would add some much-needed depth to Career Mode. Not only would it mirror 99% of the situations new managers find themselves in (very few take over happy and successful sides) but it would also give us as players that challenge and reason to play over and above creating dream teams.

And you don’t need to look too far around Europe’s top leagues right now to find inspiration for this idea either. In England Southampton are currently in the relegation zone, in Spain Real Madrid are fourth, and in Germany just a few weeks ago Cologne had no wins in sixteen. Any of these scenarios would be great to get involved with during either the mid or late season.

Technically this one would be a huge challenge because everything (not just results) would need to be simmed up to the point at which we would take over, and whether that’s automated or hand crafted, it would need serious time investment regardless. But the value scenarios like this offer in terms of player experiences, could be geneuinely revolutionary for Career Mode. EA have dabbled with Scenario Mode in the Euro and World Cup games in the past and now it’s time it came back in full force for FIFA 19.

Now to the bane of Career Mode’s existence: Press Conferences. They have been the same bland, boring, benign mess in Career Mode for as long as I can remember, and if I have to select “Praise” or “Unnerve” one more time, I’m going to launch my PS4 Pro out of the window. Okay, maybe not, but the point still stands.

The one glimmer of hope for Press Conferences in FIFA 19 is of course that EA will use their recent foray in to The Journey style cutscenes for transfers deals as inspiration to give Career Mode Press Conferences something more befitting than arbitrary responses. So many stories in the football world come from pre and post match press confrences, it's criminal that they've remained untouched in Career Mode for so long. Especially as EA have worked so tirelessly to craft bigger and better news hubs which are ideal to carry this kind of information.

One thing Career Mode fails to capture is the personality of managers and Press Conferences could be a very real way to bring that part of football management to life. Rivalry and mind games are all part and parcel of being a football manager these days and it's time Career Mode represented that better.

This is less a suggestion and more a hope for continued support from EA on their already impressive licensing footprint. Not only in terms of onboarding new competitions all together, but also the branding packages for existing leagues too. There is no doubt that the broadcast packages EA have applied to the Premier League, Bundesliga and La Liga have made Career Mode a better mode. In terms of immersion alone, they just do.

And having that truly authentic layer applied over the top of Career Modes systems and transfers is what pulls it all together. If you’re going to play a mode for five to ten seasons, you need to be able to invest in the environment and having real stadiums, branding, managers and audio acts as the final piece of a very difficult puzzle. So quite simply EA just need to keep doing, what they’re already doing by bringing the likes of Serie A, Ligue 1 and many others up to the same level over the next few years.

Now it's over to you so get your ideas, thoughts and suggestions on Career Mode only for FIFA 19 in the comments!