Published on by FutheadNewsStaff 6 Comments Updated on 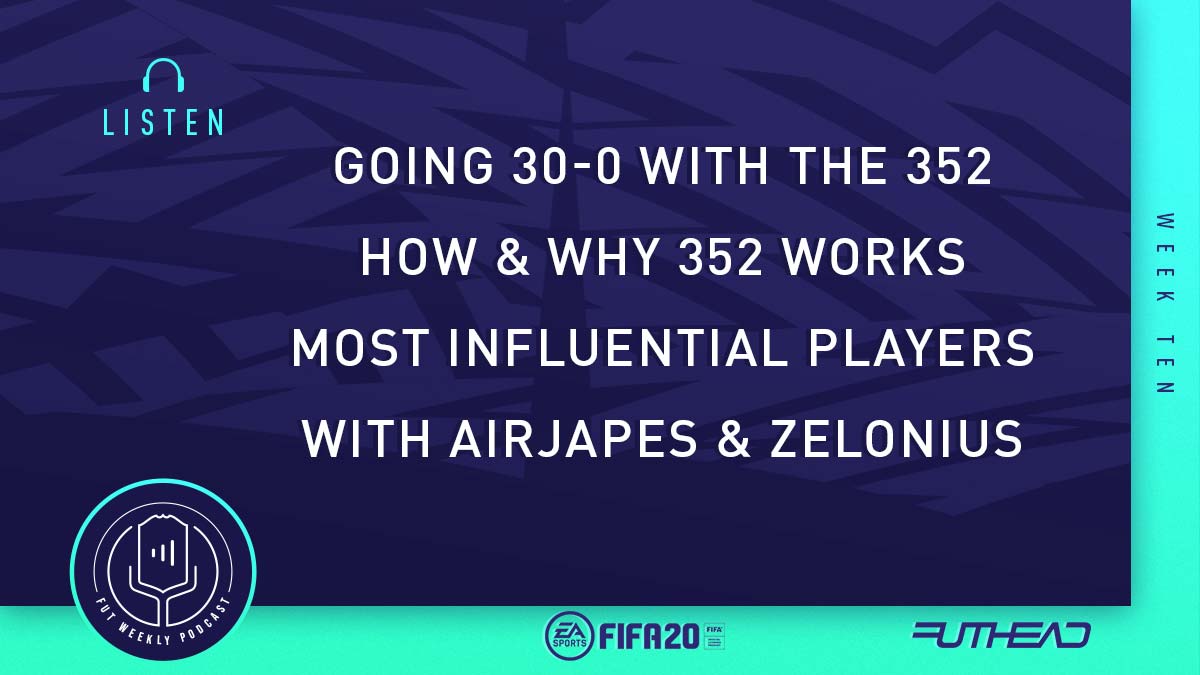 Amongst this episode's topics include:
- Why the 352 works so well in FIFA 20 (Zelonius just went 30-0 with it)
- How to use the 352 format in FUT 20 effectively
- The most influential players this FIFA as chosen by AirJapes and Zelonius

Plus, available in the full Patron exclusive pod (also available now, along with all bonus pods for just $3):
- Simple but excellent skill moves in FIFA 20
- How to stop through ball spam in FUT
- Should you go defensive and feel out your opponent?

And so much more.

Also, if you'd like to help support the pod in a way that doesn't include one of our Patreon tiers and need a VPN for Black Friday, check out one of our partners, ExpressVPN.

Belated massive thanks for your messages and condolences to Ben last week, as well as your understanding about this being pre-recorded! Thanks for your continued support.