FH
News
FUT Weekly Podcast
FIFA 20 Podcast: Gamescom gameplay recap, 19 end game squads
Join The Fan Lab, a private research platform where you will be asked to share your opinions on all things Futhead, gaming, and more! Click here to see if you qualify.

Published on by FutheadNewsStaff 4 Comments 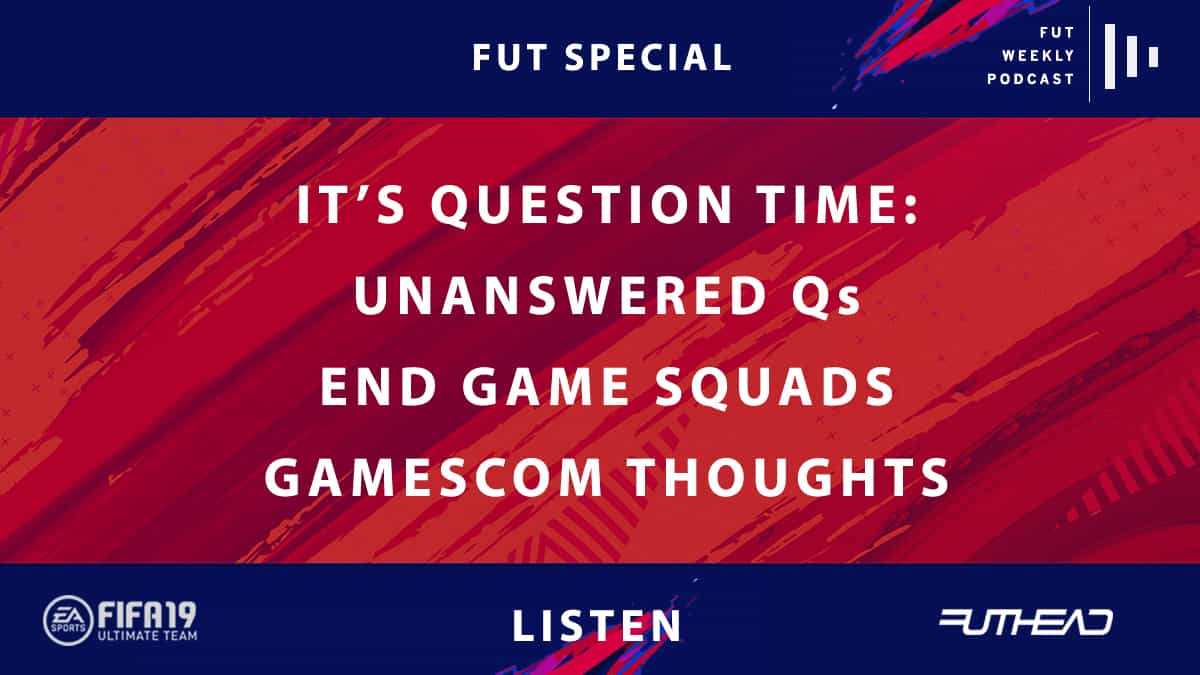 Your hosts, Steve, aka "The FUT Coach", and founding host/producer FUT Weekly's very own Ben, run through the FIFA community's unanswered questions, Gamescom gameplay thoughts, as well as taking a look at a few listeners' end game squads!

With the FIFA 20 Beta under tight embargo, the pair are left to give post-Gamescom thoughts as FIFA 20 gameplay video footage hits the community for the first time.

Many of you got your questions in and Ben and Steve rattle through as many as possible. From chicken chemistry styles and why the 41212(2) is so popular, to a cheeky FUT Economist question and the most common gameplay mistakes, this week's podcast has a massive range of topics!

As you've undoubtedly heard on the podcast, the podcast's teamed up with Beer52 to land all of you (of legal drinking age (18+)) in the UK a free case of craft beer. Don't miss it: http://www.beer52.com/FUT.

The PS4 EU 12 month EA Access code mentioned in the episode is presented by EA GameChangers. Thanks again to them providing one for the show's listeners.