Published on by smooks Updated on 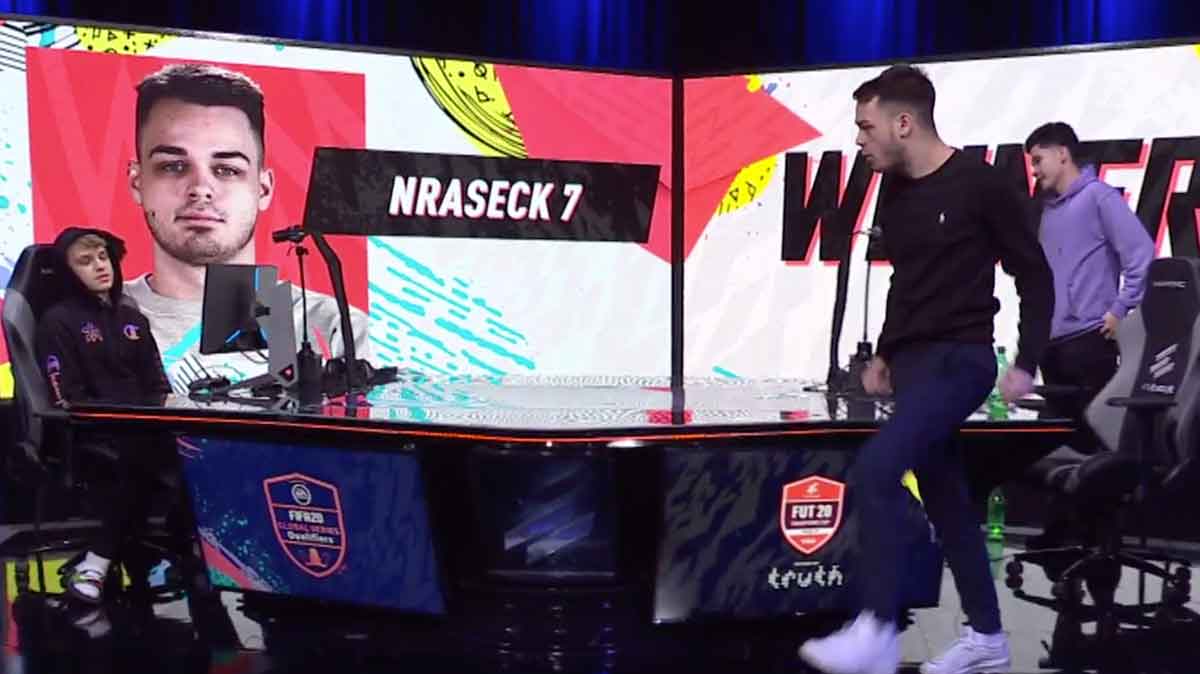 Raseck added to his strong start to the FUT 20 cycle with a marquee win over Donovan "Fnatic Tekkz" Hunt in the Round of 16. Both legs finished 1-1 at full-time, but Raseck gained the advantage on penalties to win the matchup 4-3. The German, who shockingly still remains a free agent, would mimic a similar result against Javier "Infinity Janoz" Munoz in the next round.

The quarterfinal bout between Raseck and Munoz saw a goalless first leg turn into a four-goal affair in the second; the aggregate scoreline read 2-2 yet again, which meant another round of nail-biting penalties for Raseck. He prevailed, 5-4, to clinch his second consecutive top 4 finish.

On the other side, Dossary steadied the ship against West Ham United's Jas Singh with a 3-2 win before enduring a late scare to Turkish challenger Ismail "Isopower" Can Yerinde. Many predicted a blowout, but the matchup turned out to be a grueling back-and-forth that even saw the Saudi pegged back a couple times, once in regulation and penalties. But, the former champ battled back both times to clinch his semi-final berth.

Dossary will play Diogo in the only console semi-final matchup to pit two players in top 10 of the Global Series rankings. The Sporting CP player beat Gracjan "El Polako" Golebiewski, the No. 2 Xbox seed from Friday's group stages, before fending off a late comeback from R10's PHzin. Raseck will face Team Gullit's Olle "ollelito" Arbin, who himself came off a dramatic quarterfinal drubbing of 2017 FIFA eWorld Cup Champion Spencer "NEO Gorilla" Ealing. Arbin disposed of Gustavo "GN10" Nascimento 2-1 in the Round of 16 before his 4-1 upset of Gorilla.

Leese took down his once-and-future teammate Hashtag Harry Hesketh in the previous round; the emotional quarterfinal between best friends ended on penalties, in which a cruel twist of fate led the former to come out victorious, 3-2. There was no ill will as Hesketh was quick to show support for his countryman and sent his best wishes for the rest of the tournament.

Hamburger SV's Umut Gültekin and SL Benfica's Henrique "Zezinho" Lempke will duke it out in the PS4 semi-final on the other side of the bracket. The two combined to deny an all-Vitality matchup in the semis, knocking out Dylan "Dylo" Gozuacik and Corentin "Maestro" Thullier, respectively.

Championship Sunday will kick off with the console semi-finals at 1 p.m. EST, 6 p.m. GMT before crowning a new champion for the month of January. Tune in to ELEAGUE's official Twitch channel to see if Raseck claims his second FUT Champions Cup victory in consecutive tournaments, or we engrave a new name on the mantle. 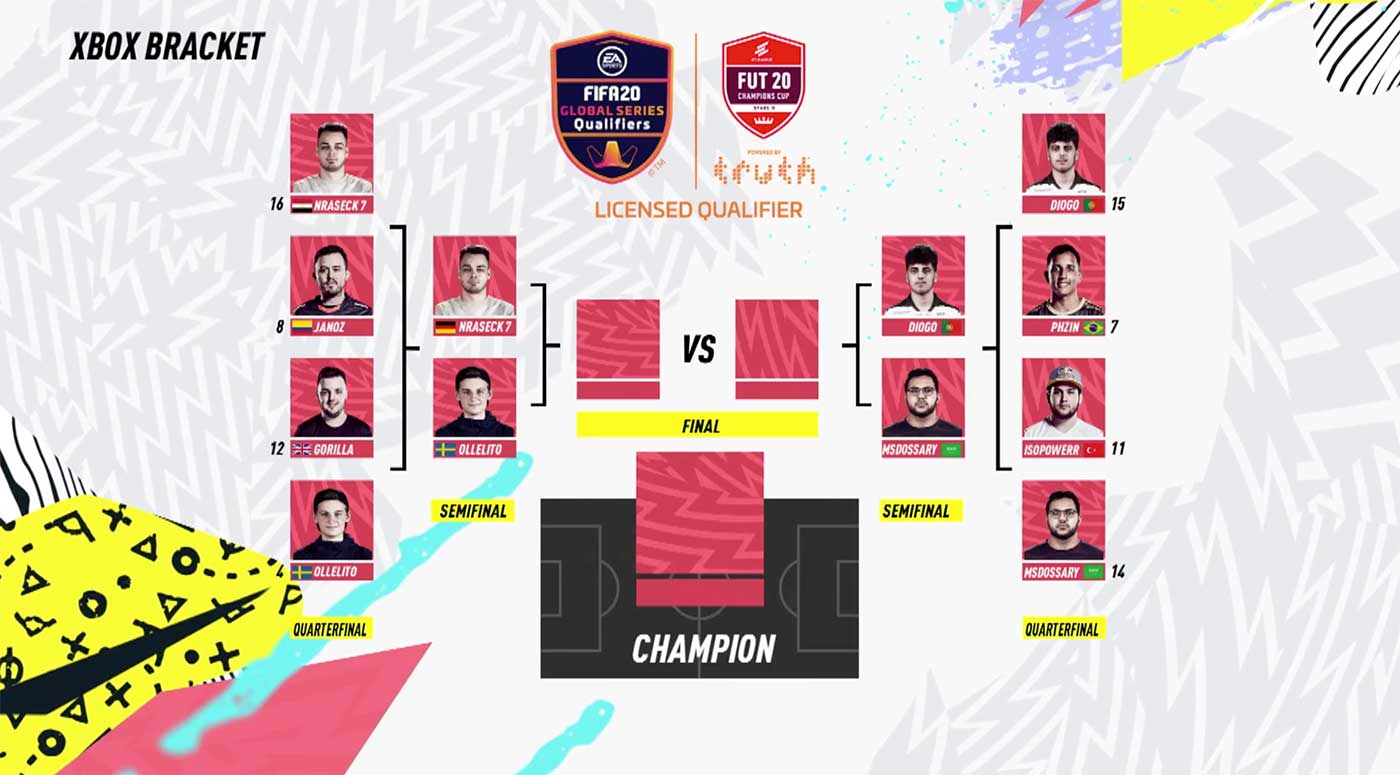 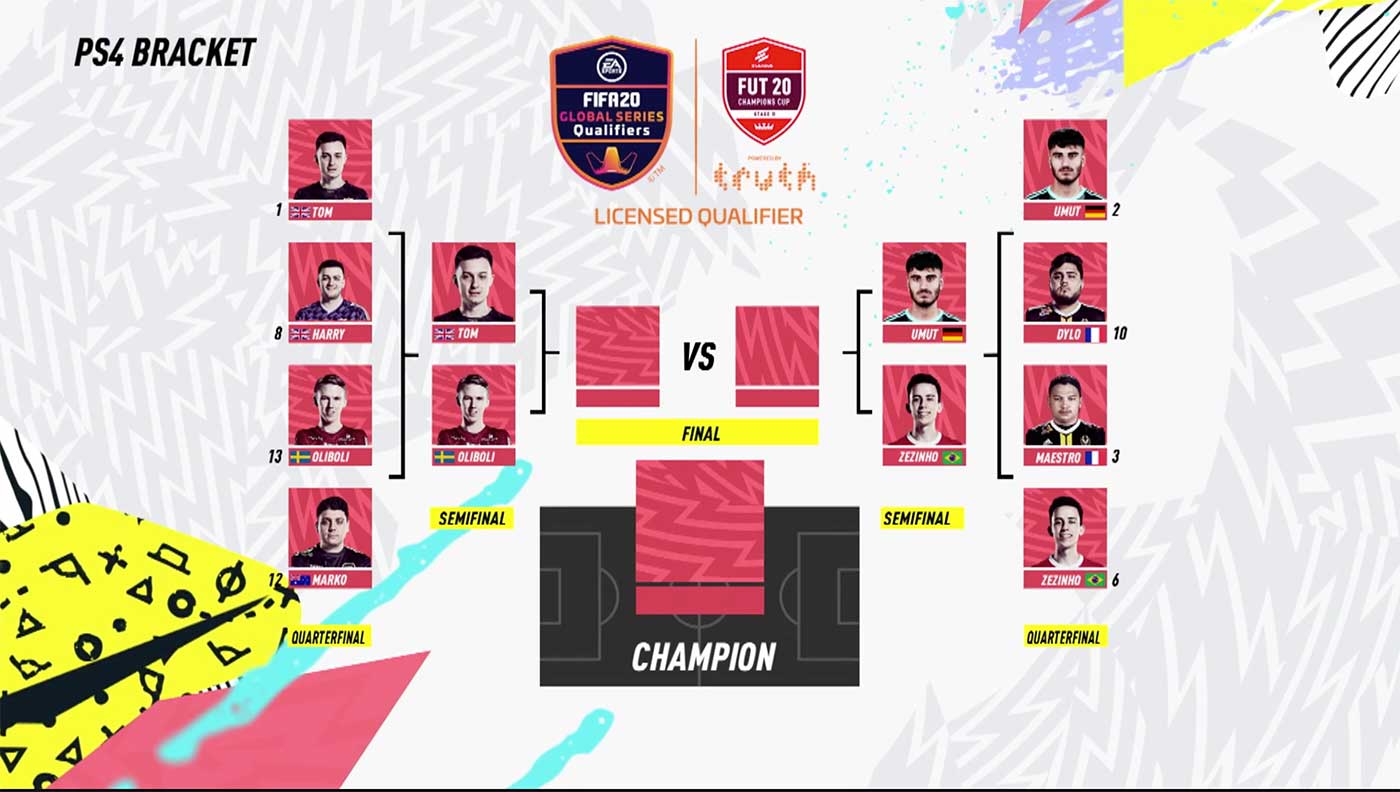