Published on by smooks 4 Comments 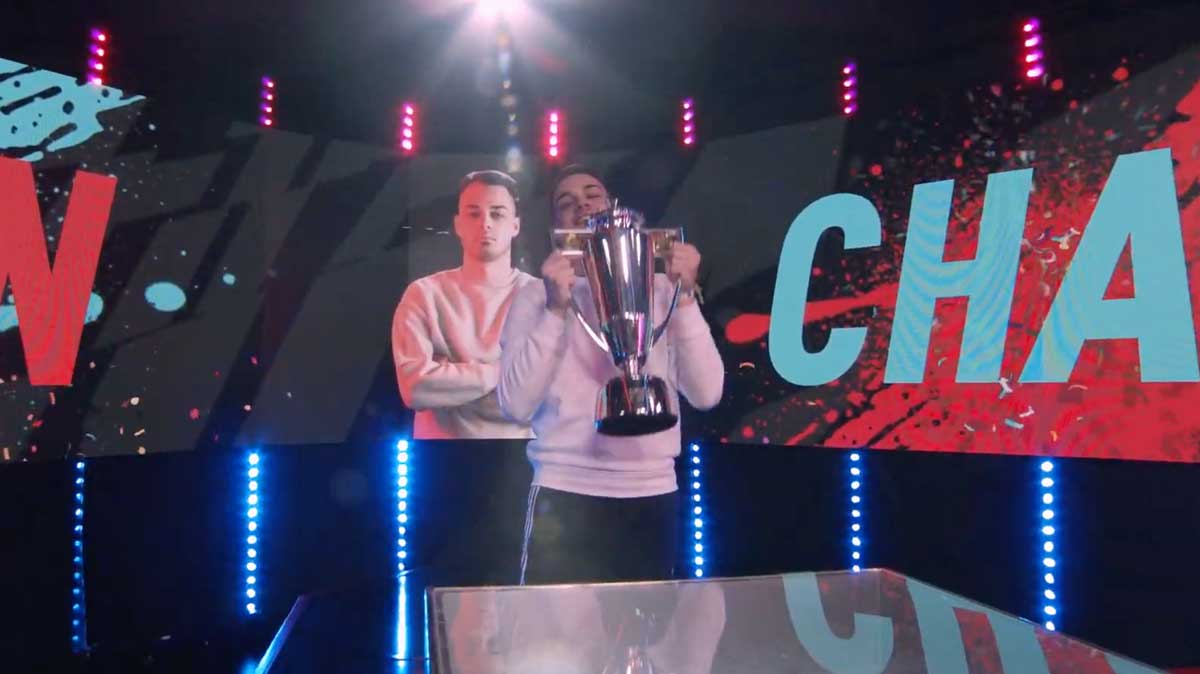 German player Niklas "NR7" Raseck triumped over Team Qlash's Diego "Crazy" Campagnani with a 2-0 aggregate scoreline Sunday in Bucharest to win his very first FIFA competitive major. After being one of the most consistent players in FUT Champions these past few years, this is Raseck's first major win in the circuit.

With a goal per game average of 1.50 between the two, audiences knew this was going to be a low-scoring affair. With a goal to his name in the away leg, Raseck staunchly held posession on home Xbox console to frustrate his opponent into a high press. He added another in the first half of the second leg to spell the end for Crazy.

Having completed the Swiss rounds with a perfect 5-0 record on Friday, Campagnani had not lost a matchup until the Grand Final during the course of this tournament. However despite the loss, the Italian newcomer is slowly making a case for himself this year, after two strong Knockout stage runs this month.

Now $50,000 richer, Raseck becomes the fifth player to engrave his name on a FUT Champions Cup, and the second German to do so. With wins over Donovan "Fnatic Tekkz" Hunt and Saudi 2018 FIFA eWorld Cup Champ Aldossary "Msdossary" Mosaad in the Xbox Knockout rounds, this could have been the perfect way to cap off Raseck's first major.

Raseck started the day off with a win over perpetual champ Hunt. The German stalwart, who is currently a free ageent, took a one-goal lead into the second leg and a 4-1 romp ensured the win over the reigning winner from two weeks ago. He faced NetShoes eSports' Vini Leiva in the Xbox console final; Vini had just come off a tight defensive win over his Brazilian counterpart, R10team's Gabriel Peres Nunes. The Xbox final ended quite similarly, a gritty 2-1 win for Raseck.

On the PlayStation side of things, Crazy kept up his unbeaten run with a win over Hashtag United's Harry Hesketh. Much like Raseck, his win came off the back of a big second leg, where Campagnani blanked Harry by a scoreline of 3-0. Paulo Neto, the third Brazilian to qualify for the semi-finals and claim the title of FUT Champions Cup Master yesterday, came into the day with his head held high; Neto had demolished 2019 FeWC Champion Mohammed "MoAuba" Harkous with a 7-1 drubbing yesterday.

Neto's first match of the day saw him take down AS Roma's Damian "Damie" Augustyniak with a steady 2-0 win, scoring a goal in each leg. The two players who appeared PlayStation console final had posted some of the best Swiss records on Friday, with Crazy having been perfect and Neto only posting one loss, but it was yet another defensive affair, finishing with a 1-0 win to Campagnani.

With that, the FIFA 20 Global Series comes to a close in the 2019 calendar year. The competitive FUT circuit will take the month of December off of live events and returns with its next iteration in January.