Published on by smooks 6 Comments Updated on 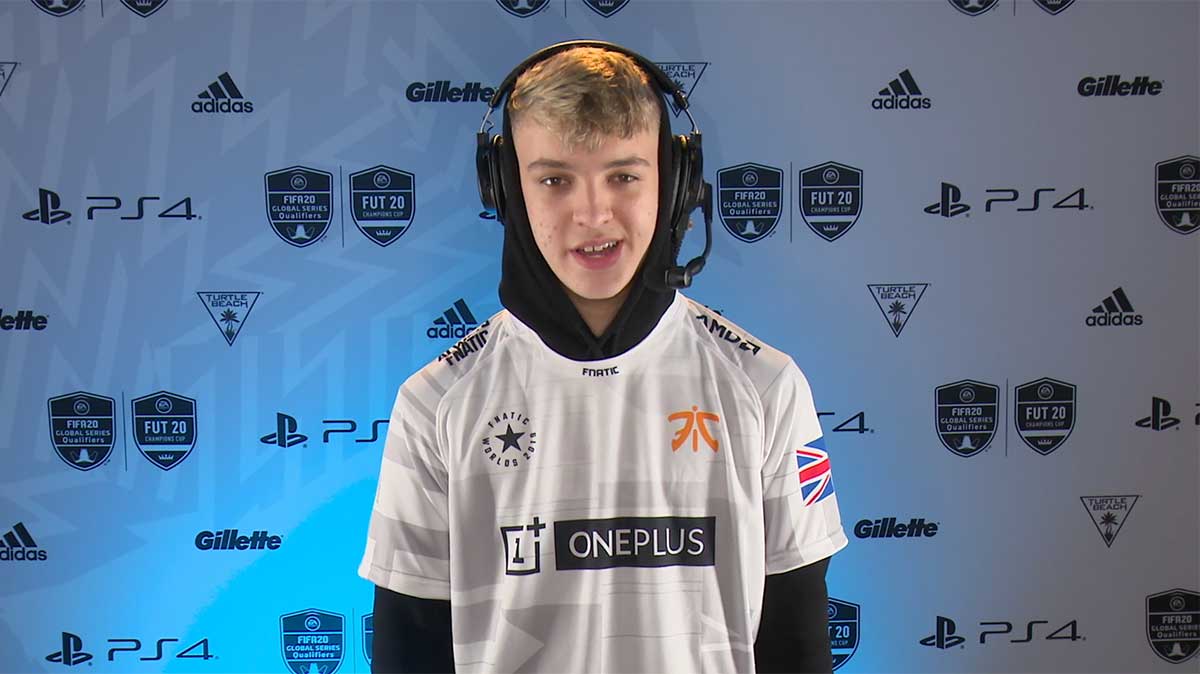 The second FUT major of the FIFA 20 Global Series kicked off Friday in Bucharest, with the usual five rounds of Swiss group stages. In a departure from previous formats, this tourney is back less than two weeks after the first one finished; this year, the competitive FIFA scene will take the holidays off and return in January.

Following a dissapointing display in the first tournament, 2018 FIFA eWorld Cup Champion Mosaad "Msdossary" Aldossary came back with a bang Friday, posting the only 5-0 record on the Xbox console. The Saudi favorite's first tournament ended early after his Round of 16 loss to Miguel "TheSpiderKong" Bilhar earlier this month, but the former world champ won't consider this campaign a success without silverware.

Having won his first matchup, Tekkz lost his next two to set up a fairly stressful finish for the frontrunner. The Birmingham, UK native succumbed to Raseck on penalties after a gritty 1-1 affair in Round 2, before a frustrating 3-1 drubbing from Solary's Samylumine meant that he would have to win his last two matchups to ensure a place in Saturday's knockouts. Luckily, Hunt blanked his final two opponents with 5-0 and 4-0 wins over Ajax's Joey and Alekzandur, respectively, en route to a Round of 16 berth.

Meanwhile on PlayStation, the last tournament's runner up, Wolverhampton Wanderers' Flávio "Fifilza" Brito, played one of the most exciting matches of the day. While he was the only 5-0 record holder two weeks ago, Fifilza found himself with his back against the wall on Friday. Facing a three-goal deficit in the second leg of his fifth round matchup, the Brazilian scored four straight to take down Fatih Ustun.

The player Fifilza beat in the PS4 semi-finals last time, Qlash's Diego "Crazy" Campagnani and relative unknown Dux Gaming's Jaime "Gravesen" Alvarez duked it out in the fifth round to see who would become the only 5-0 record holder. The former won, but Gravesen still managed to announce his presence with a Round 4 win over Vitality's Corentin "Maestro" Thullier.

PlayStation had one notable return and exit, however. Reigning 2019 FeWC champ Mohammed "MoAuba" Harkous is back with a Knockout round berth after getting uncharacteristically "grouped" two weeks ago. On another note, Belgian 2018 FeWC runner-up, Lille's Stefanno Pinna was grouped for the first time in his FIFA career, losing all three of his opening matchups.

Here's how the Knockout Rounds shape up for Saturday:

With an exciting opening day of action done, the best is still to come. On Saturday, the Knockout Rounds get underway at 12 p.m. CET, 11 a.m. UK, and 6 a.m. EST. You can follow all the action by heading to FIFA's official Twitch channel.