Published on by smooks 3 Comments 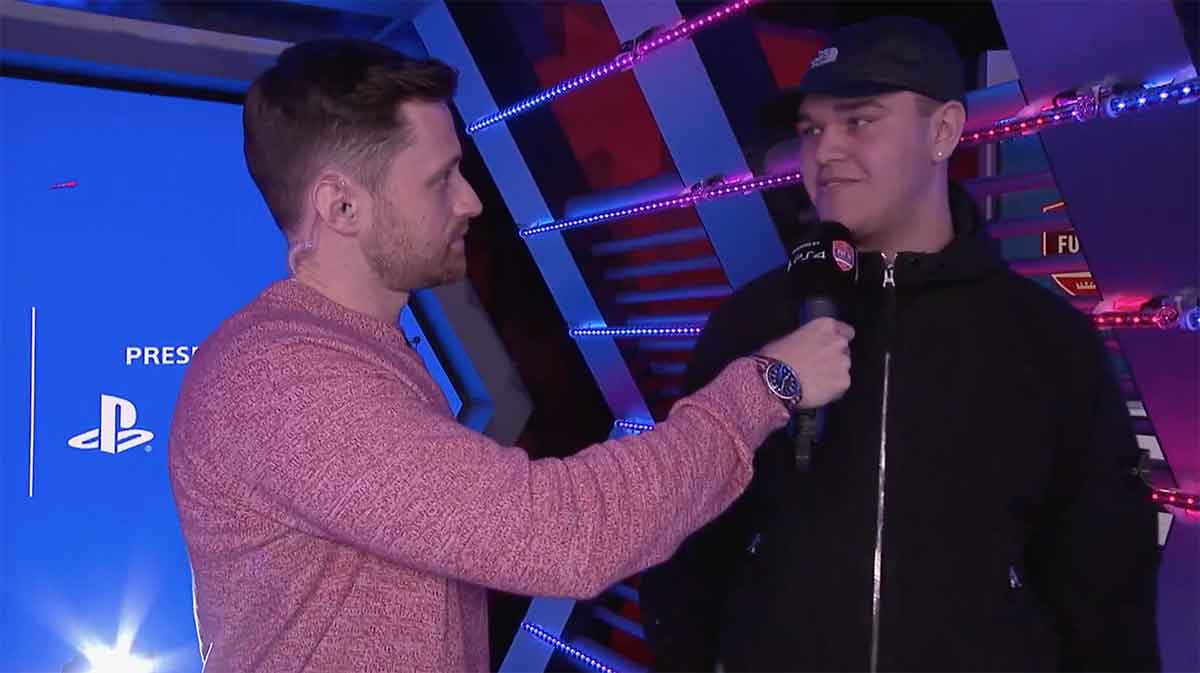 With the Xbox One quarterfinals bracket ready to be set, Saturday's proceedings in April's FUT Champions Cup also saw London's PlayStation 4 field dwindle down from 32 to eight.

The day began with the Xbox Round of 16, as Friday's techincal difficulties had pushed the first round of knockout stage back to today. Michael "Vfl Megabit" Bittner, despite securing the No. 1 seed and the only perfect Swiss campaign, succumbed to another early exit, this time to NSE TMaciel in a tense 5-4 match over two legs.

Similarly, Paris Saint-Germain's Lucas "PSG DaXe" Cuillerrier had earned himself the No. 2 seed after the first day but saw himself fall to AFC Ajax's Joey "Ajax Joey" Calabro, 4-3. In fact, five of the eight Xbox Round of 16 matchups were decided by just one goal. Only one player, Donovan "F2Tekkz" Hunt, managed to shut out his opponent, Infinity Janoz, by a scoreline of four to nil.

Former Saudi Arabian champ Aldossary "Rogue Msdossary" Mosaad, whose newly-rekindled rivalry with Hunt grabbed headlines Friday, won by the largest margin on Saturday, decimating Melbourne City's Marcus Gomes, 9-1. With the way the bracket is set up, Msdossary and F2Tekkz could meet for a salivating Xbox grand final, if the two are able to win out.

These are the Xbox Quarterfinals to be played tomorrow! Now, we move on to the @PlayStation Swiss Rounds! #FUTChampionsCup Watch live https://t.co/IZ8Sfhb8sn pic.twitter.com/TiUU5MfblW

The PlayStation Swiss rounds were not devoid of drama either.

It was the Netherland's xLevVinken who was atop the rankings after the five PlayStation Swiss rounds. The Dutchman, currently a free agent, has had a tumtultuous year having left Ajax eSports in December for FaZe clan.

As the No. 1 seed in the PS4 knockout bracket, Vinken easily handled his opponent, Futwiz Marko, by a scoreline of 6-1. Vinken will play The North's Marcus "Marcuzo" Jørgensen in the quarterfinals tomorrow.

Jørgensen himself was a late addition to the knockouts, only securing his place in the fifth round with a 9-4 win over Lukas_1004. The former Manchester City man went on to play rising candidate Diego "tuga810" Pombo. The back-and-forth affair ended 4-3 to Marcuzo.

Wolfburg's Timo "TimoX" Siep, a long-time regular in the esports circuit, had a troubling start to his campaign, dropping his first two matchups of the day to Gilles_1996 and Wolves Fifilza, respectively. However, Siep quickly rebounded by rattling off three straight wins, including a crucial fifth round victory against New York City FC's Chrisopher "didychrislito" Holly. Holly started the day 2-0 and but seemed to lose himself in his head after blowing a second leg lead against Vinken, eventually culminating in his exit from the event.

The @PlayStation Quarterfinals will be INSANE! Tune in tomorrow at 11AM BST for the last day of the #FUTChampionsCup April from London! pic.twitter.com/mCh55RYDCZ

Sunday's action will start bright and early with the PS4 quarterfinals. Coverage begins at 11 a.m. local time, 6 a.m. EST and can be streamed on Futhead's home page and the official EA SPORTS FIFA Twitch channel.