Published on by MattFUTTrading 23 Comments Updated on 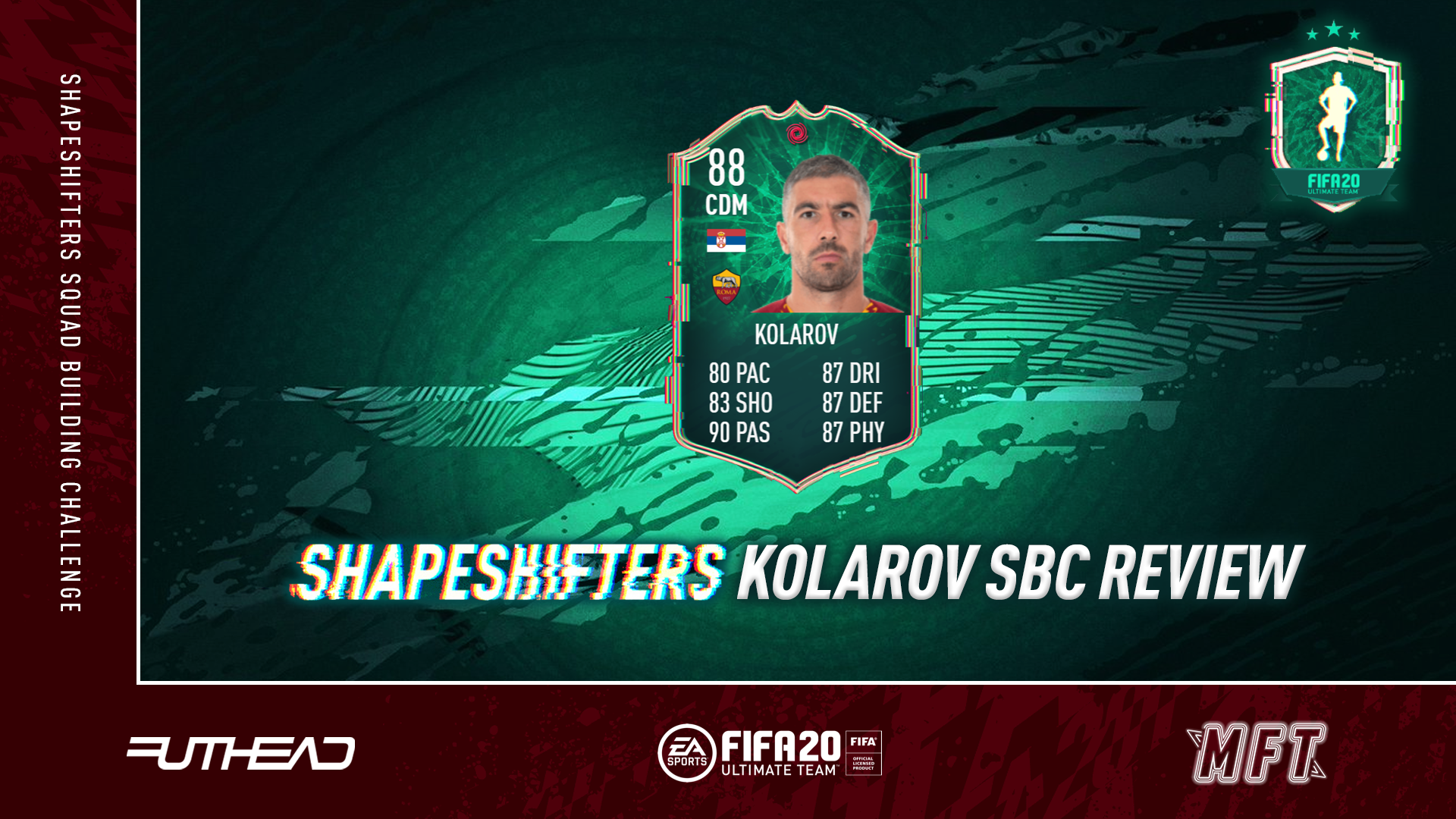 Aleksandar Kolarov’s Shapeshifters SBC has been released in FIFA 20 Ultimate Team for a limited time, here’s an in-depth review with all the information you’ll need, from SBC requirements to in-game stats and player analysis to potential squad links!

Here are all the details regarding Kolarov’s Shapeshifters SBC, including release dates, expiry dates, SBC requirements and overall SBC costs.

With every stat above 80 on his card, Kolarov is certainly a jack of all trades in FUT, but upon further inspection, there are a couple of key stats that may let him down.

Firstly, being a CDM, it’s important to note his change in work rates, from High Att/Med Def to Med/High Work Rates. This change will definitely suit his defensive midfield role.

Despite having 90 passing on his card, his stats for a CDM are slightly underwhelming, with only 85 Vision, 86 Short Passing and 85 Long Passing, which are below average for a 200k+ CDM.

The big downside to the card however has to be his 70 Agility and 65 Balance, along with his relatively low 82 Acceleration and 78 Sprint Speed. With these stats being so key this year, Kolarov will likely feel a little clunky in game, and a little less effective than smaller, more agile defensive midfielder options. 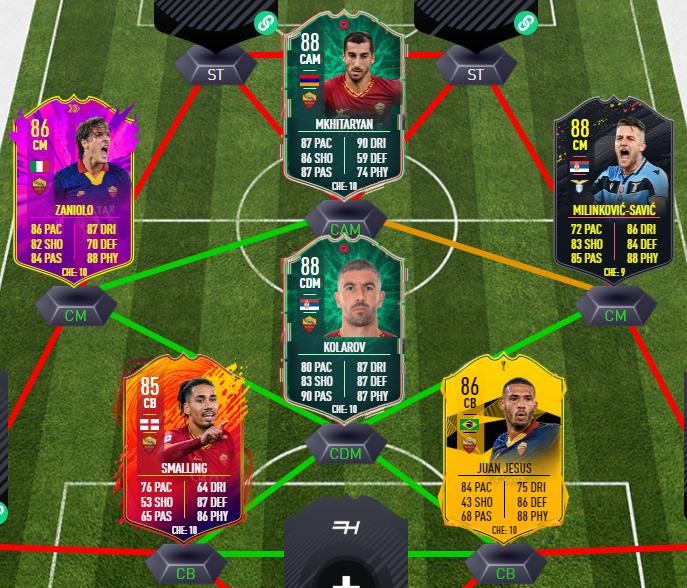 Being in Serie A, Kolarov is relatively easy to link into squads, and with plenty of strong Roma links, you can easily create some interesting, original squads with him.

Starting from the back, those that completed Headliner 85 Smalling will be very happy, with another defensive link in live card 86 Juan Jesus also being available. Moving into the midfield, fellow Roma midfielders 86 Zaniolo (currently available in Objectives), and 88 Mkhitaryan (previously available in SBCs), provide solid links, with a link to fellow Serbian in Storyline 88 Milinkovic-Savic being a great option.

No. Slightly too expensive I think for Kolarov, especially when you consider the likes of RTTF Allan are around the same price, plus he lacks a couple of key stats particularly the Agility and Balance, despite being a well rounded card.