Published on by FutheadNewsStaff 2 Comments Updated on 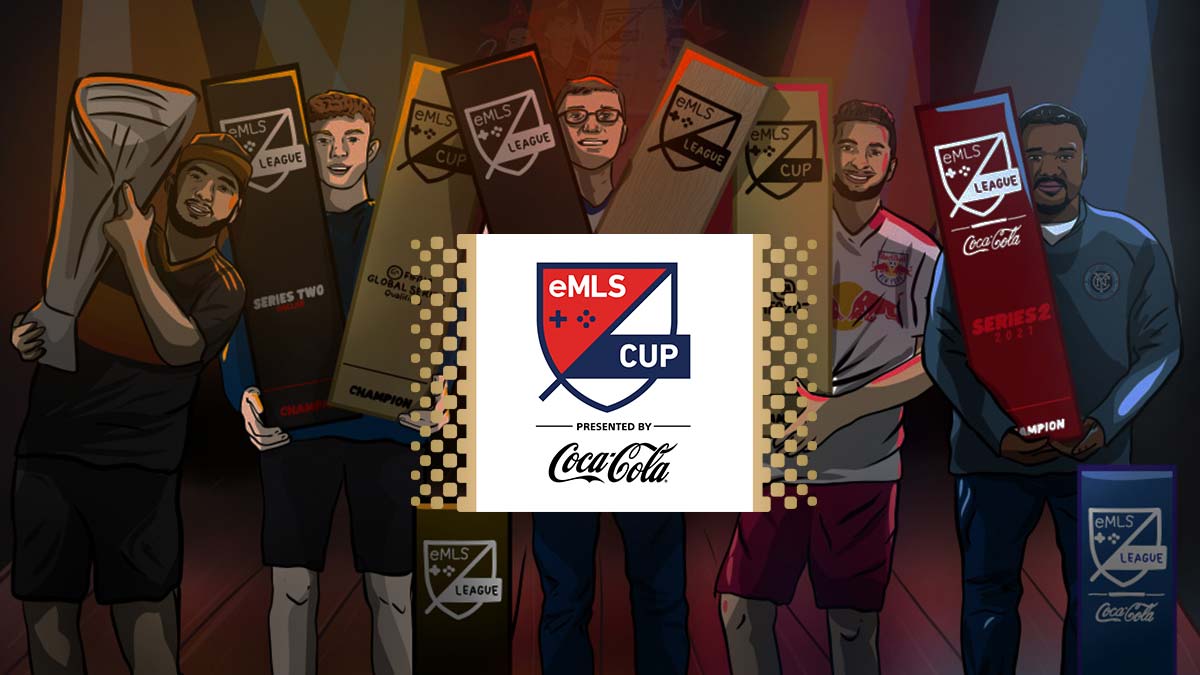 With eMLS Cup, the final competition of the 2021 eMLS season, set to take place on March 20th and 21st, we recap the season so far. We also look ahead to the eagerly anticipated closing stages, and the crowning of the 2021 eMLS Champion in the eMLS 2021 Playoff Cup Final.

After the conclusion of League Series 1 and 2, the top 11 players in cumulative season points automatically qualify for eMLS Cup, with the final 12th seed going to the winner of the Last Chance Qualifier, a do-or-die single elimination tournament amongst the remaining 16 eMLS players. 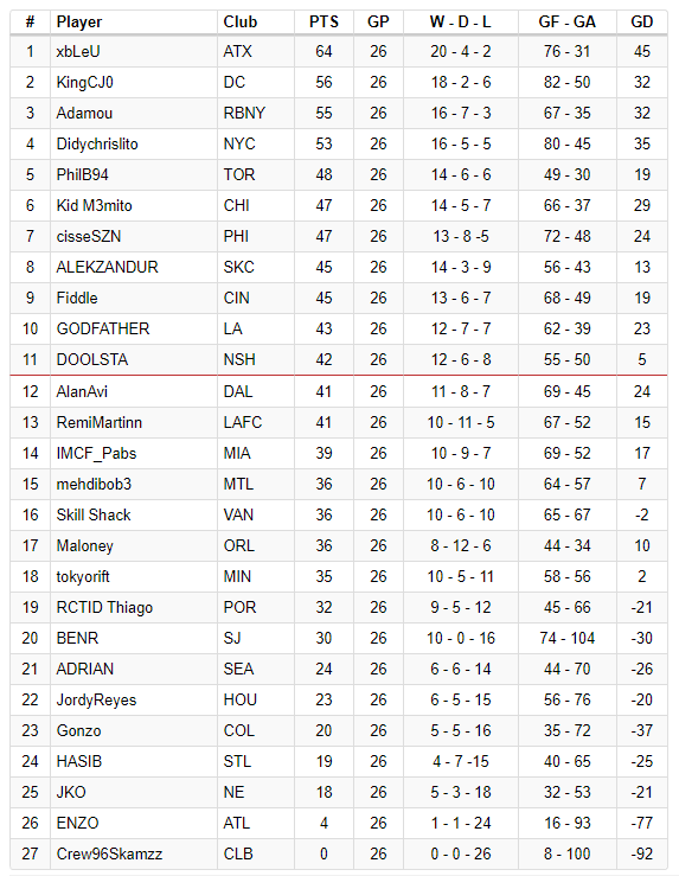 In League Series 1, Austin FC’s debut signing xbLeU shocked competitors and viewers alike as he finished as the #1 seed ahead of established eMLS players such as NYCFC’s Didychrislito, Toronto FC’s Phil B, and the 2020 eMLS Cup champion NY Red Bulls’ George Adamou.

In a similarly shocking outcome, previous eMLS event winners Doolsta and Fiddle failed to make the League Series 1 playoffs (Top 8) by several places. This surprised many viewers who might have expected such previously successful players to at least make it to the knockout stages, if not challenge for the title itself.

Once the League Series 1 playoffs began, results began to return to normalcy. xbLeU managed to defeat Sporting KC’s Alekzandur, historically one of the top North American players. He was quickly dispatched in the semi-finals via a 7-4 loss to Didychrislito, who dominated the second leg after a cagey first leg.

Reigning eMLS Cup champion George Adamou easily defeated Vancouver Whitecaps’ Skills Shack 11-2 before meeting Phil B in the semi-finals. This matchup proved to be a much closer game than people expected, but George managed to beat Phil 3-1 over the course of the 2 legs, setting up a New York derby in the League Series 1 final.

The League Series 1 final between Didychrislito and George Adamou was another close affair, Didychrislito just managed to defeat George with successive 2-1 wins, resulting in a 4-2 win overall. George was clearly the favorite going into the match, but it shouldn’t come as a surprise that Didychrislito was able to pull off a victory—albeit a tight one.

George burst onto the competitive FIFA scene last year in style, winning the title in his debut eMLS season, but Didychrislito has been playing competitive FIFA for years. This eMLS League Series 1 win was Chris’ first ever eMLS trophy, but he has played in the latter stages of multiple eMLS playoffs and is used to the pressure of such a situation. Notably, he already had international hardware as the first ever eChampions League winner in 2019 in Madrid, Spain. As one of most consistently dominant players in North America (and the first player to be signed to an MLS side), this victory was a long time coming and truly well deserved. 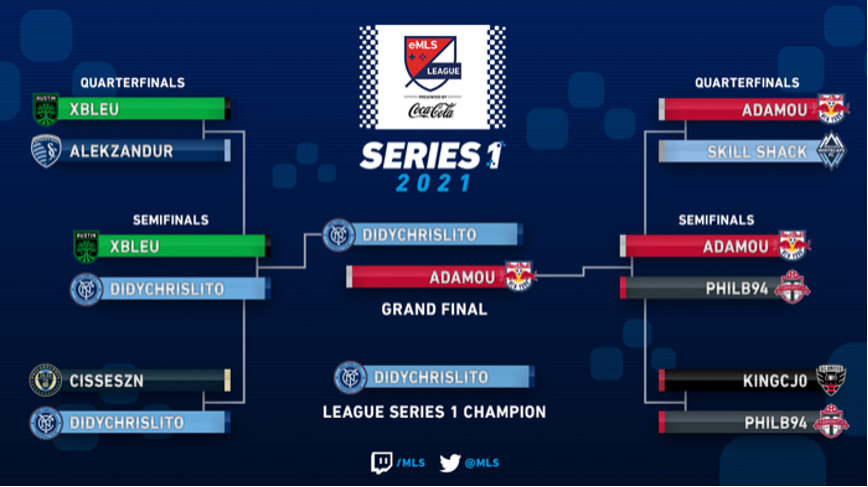 Former eMLS event winners Fiddle and Kid M3mito also managed to improve on their League Series 1 performances, earning themselves top 8 finishes. FC Dallas’s AlanAvi, an eMLS veteran and FIFA pro, signed to Complexity Gaming, managed to finish as the #3 seed after a disappointing performance in League Series 1 — proving that he still has what it takes to compete at the highest level.

In the League Series 2 playoffs an exciting matchup between Didychrislito and Fiddle ended up turning into a totally one-sided affair, with Didychrislito emerging as the clear winner after a 7-2 result over Fiddle. xbLeU continued his incredible debut season with a tense 6-5 win over eMLS newcomer Benr of the San Jose Earthquakes, clinching the win with a last-minute goal. AlanAvi made quick work of Orlando’s Maloney, winning 4-0, and DC United’s King CJ came away with a solid 5-3 win over former eMLS Cup champion Kid M3mito.

In the semi-finals, Didychrislito and xbLeU met for a rematch of their League Series 1 semi-final. Amazingly, Didychrislito managed to improve on his previous 7-4 result, winning 8-2 with a stunning second leg performance that the #1 seed couldn’t contend with. However, the real highlight of League Series 2 (and of this eMLS season so far) came in the opposite semi-final matchup between King CJ and AlanAvi. This was an incredibly tense match that finished 4-4 after extra time, resulting in a penalty shootout that led to several rounds of sudden death. Eventually, King CJ managed to secure the win right before the goalkeepers were about to step up to the spot with a 6-5 win in the shootout. This match will undoubtedly go down in eMLS history as one of the most exciting and intense games ever, perhaps only exceeded by the legendary game between Didychrislito and Doolsta that took place at the eMLS Cup Playoffs in Boston way back in 2019.

The League Series 2 final was a fantastic display of attacking FIFA on both sides. Didychrislito was able to establish a lead, but the end of the second leg saw controversy when Didychrislito claimed that his game had temporarily frozen at the same time King CJ had scored a goal to reduce the deficit. After a fairly long investigation into the incident, the goal was allowed to stand, and the game continued. Despite a very tense end to the game, Didychrislito emerged as the winner, beating King CJ 6-5. 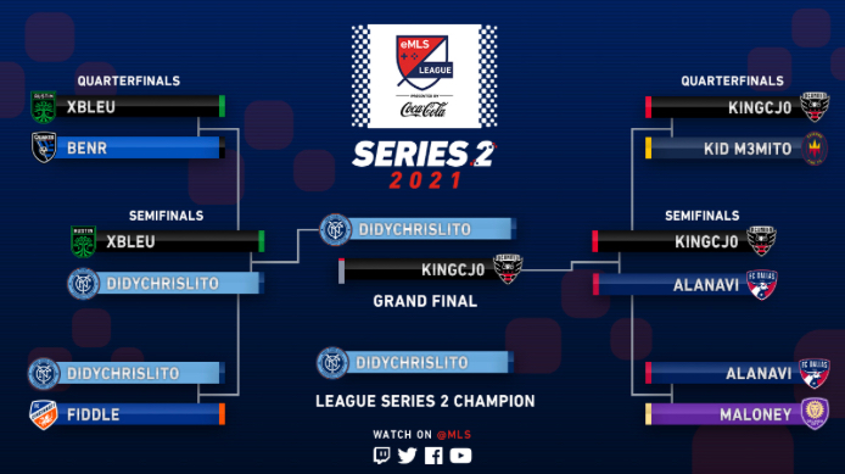 The all-important eMLS Cup will take place on March 20-21. eMLS heavyweights Doolsta and Guastella (aka the “Godfather” of LA Galaxy) managed to qualify for eMLS Cup despite not qualifying for League Series 1 or 2 playoffs, due to their consistency across League Series 1 and 2. However, some players who did qualify for playoffs in League Series 1 or 2 such as AlanAvi or Benr just missed out on a top 11 spot and must go through the Last Chance Qualifier. 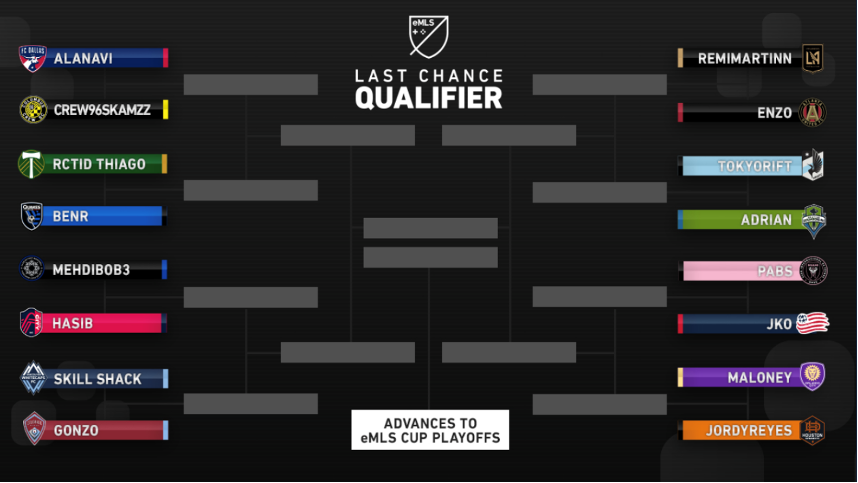 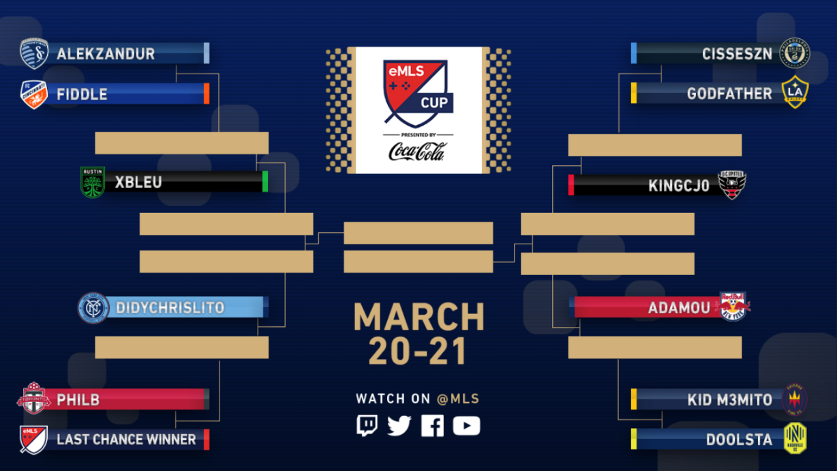 Overall, the outcome of this event will not be as easy to predict. Didychrislito is clearly the favorite to win his first eMLS Cup as he was the League Series 1 and 2 champ. However, back in 2020, Fiddle won eMLS League Series 1 and 2 and wasn’t able to take home the ultimate trophy in eMLS Cup. If there’s one thing these events have shown, it is that anyone can succeed on a good day. League Series 1 and 2 provided a lot of excitement and upset, and eMLS Cup — live across MLS channels (Twitch / Twitter / Facebook / YouTube) on March 20th to 21st — will certainly be no different.