Published on by smooks 7 Comments Updated on 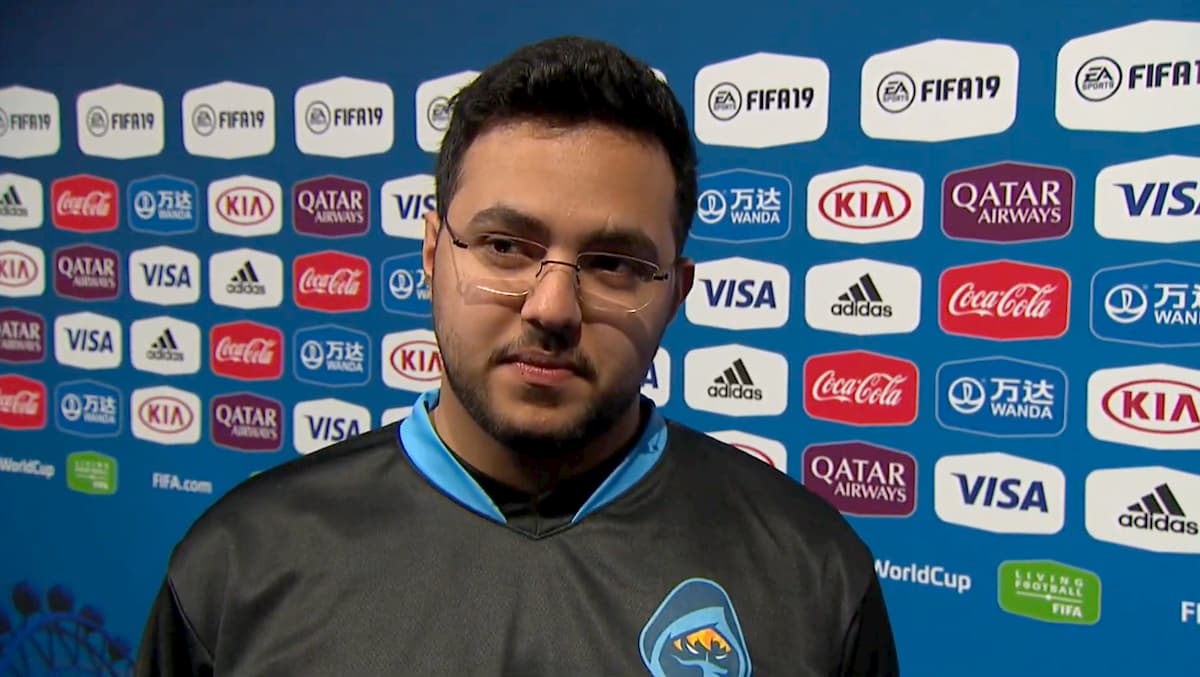 With the exception of reigning 2018 champ Aldossary "Rogue Msdossary" Mosaad, who won all five of his matchups Friday, the first day of the 2019 FIFA eWorld Cup was a brutal one for the favorites on each respective console. Both of the No. 1 seeds coming into the tournament, Xbox One's Donovan "F2TeKkz" Hunt and PlayStation's Nicolas "nicolas99fc" Villalba, currently face the possibility of being eliminated before the knockout stages even begin.

#FIFAeWorldCup 2019 Day one in the books:
--4 unbeatens
--Just one player on 15 points after 5 ties (@Msdossary)
--A couple big names on the verge of being grouped @ChuBoi and @BSmith_Esports on what you need to know pic.twitter.com/Z1E6acie8C

Hunt, who flew through the FUT 19 competitive cycle with flying colors and racked up four major titles this year, sits in the last qualifying spot for his group. Though TeKkz is only two points off the top spot in his group, he will have his work cut out for him tomorrow, as he'll come up against Rebel FC's Tom Stokes and Michael "Megabit" Bittner, who are in the No. 1 and No. 3 spots as it stands, in Rounds 6 and 7 tomorrow.

Stokes, who beat Hunt in the grand final of the FIFA 19 Global Series Xbox Playoffs last month, has found his stride as of late. Through five Swiss Rounds, the Englishman only lost once - a 5-4 nail-biter to Megabit in the third round. His compatriot, FaZe Clan's Tassal "FaZe Tass" Rushan, came out of the gates swinging. He downed Megabit by an impressive margin of 6-1 in the first round, but he didn't truly announce his arrival until he followed it up with a marquee 4-3 victory over TeKkz. Tass, who hasn't won any silverware since the first FUT 17 Regional Final in Paris, looks like he might finally get the chance to add to his cabinet if he can repeat his Day 1 performance in London.

Hunt's PlayStation counterpart, FC Basel eSports' Villalba, isn't doing any better. As it stands, Villalba would not qualify for the knockout stages, and it only gets worse. In the sixth round, the Argentine will face Werder Bremen's stalwart Mohammed "MoAuba" Harkous, who has quietly but steadily established himself as one of the toughest PlayStation players in the eSport. Harkous leads Group C with 12 points, after registering four wins and only one loss Friday.

In the other PlayStation group, 2018 PlayStation champion and runner-up Stefano Pinna continues to dominate the FeWC, racking up three wins and two draws; the Belgian sits on 11 points, tied with Corentin " Vitality Maestro" Thuillier, but holding the No. 1 spot for now on goal differential.

Here's how the group standings look after Friday: 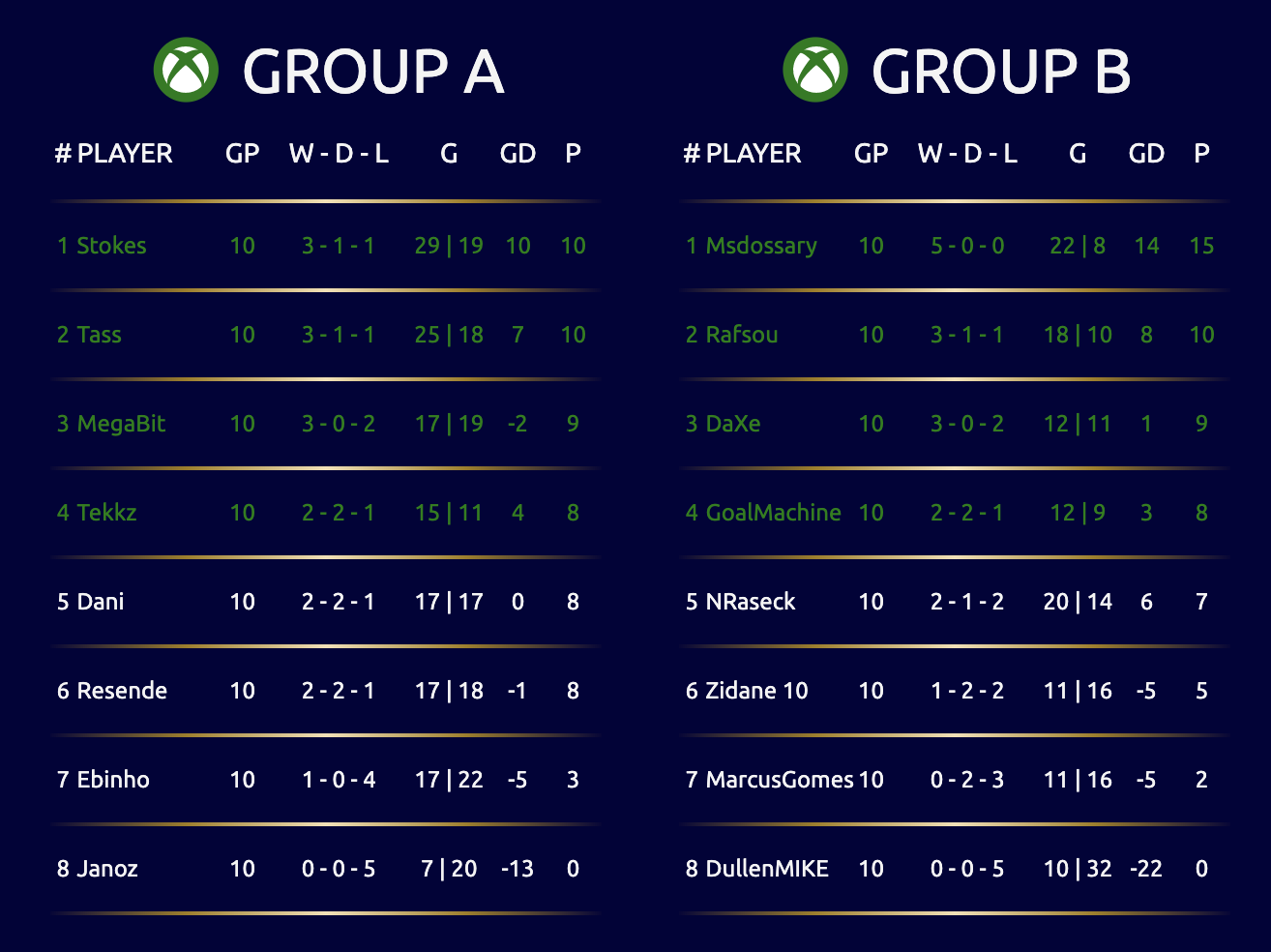 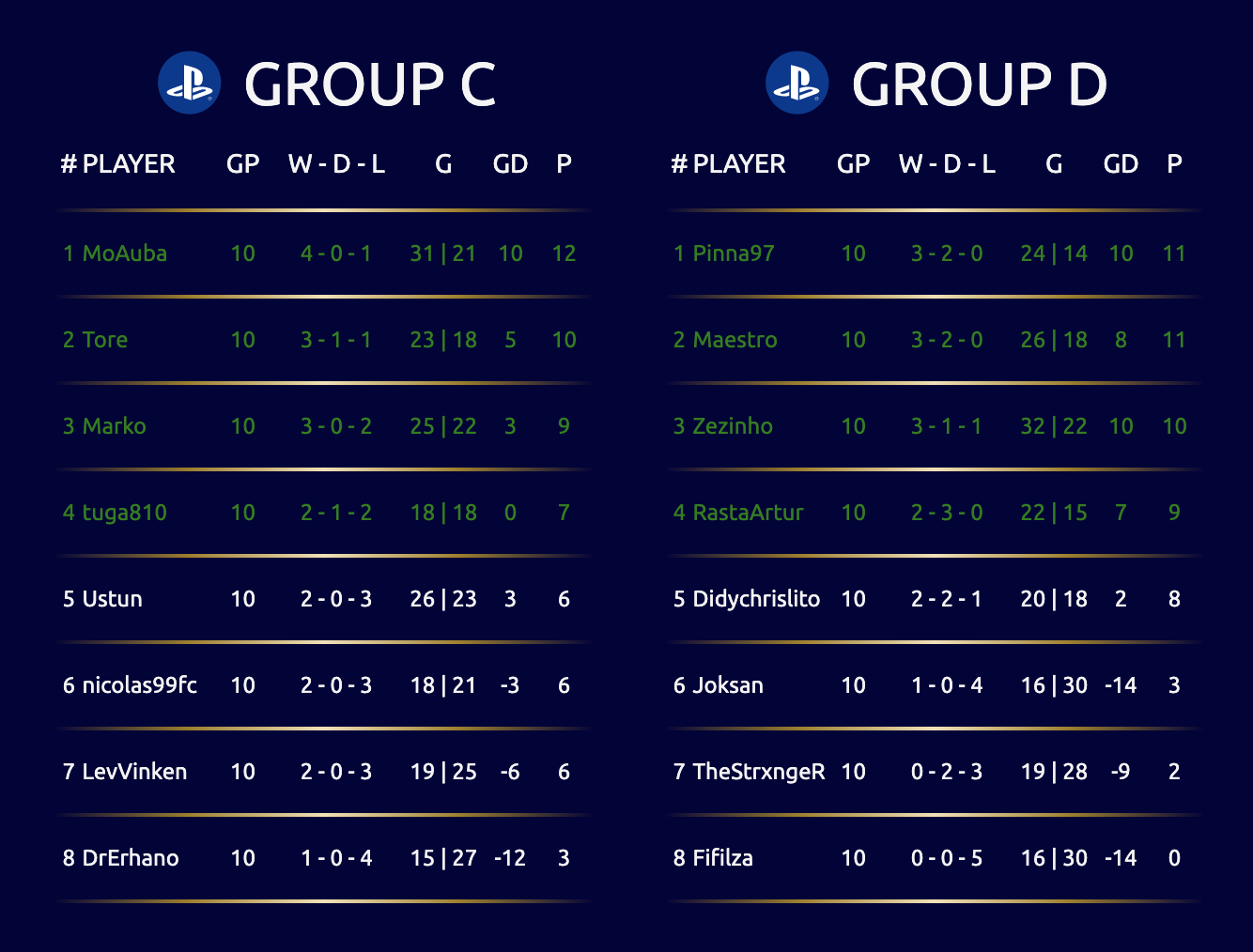 Saturday will kick off with the the last two Swiss Rounds for each console. Coverage begins at 12 p.m. local time, 11 a.m. UK, and 6 a.m. ET in North and South America; the broadcast can be followed on Futhead’s home page or on the official EA SPORTS FIFA Twitch channel.