FIFA 20 eMLS League Series 1: Everything you need to know

Published on by WyseFIFA Updated on 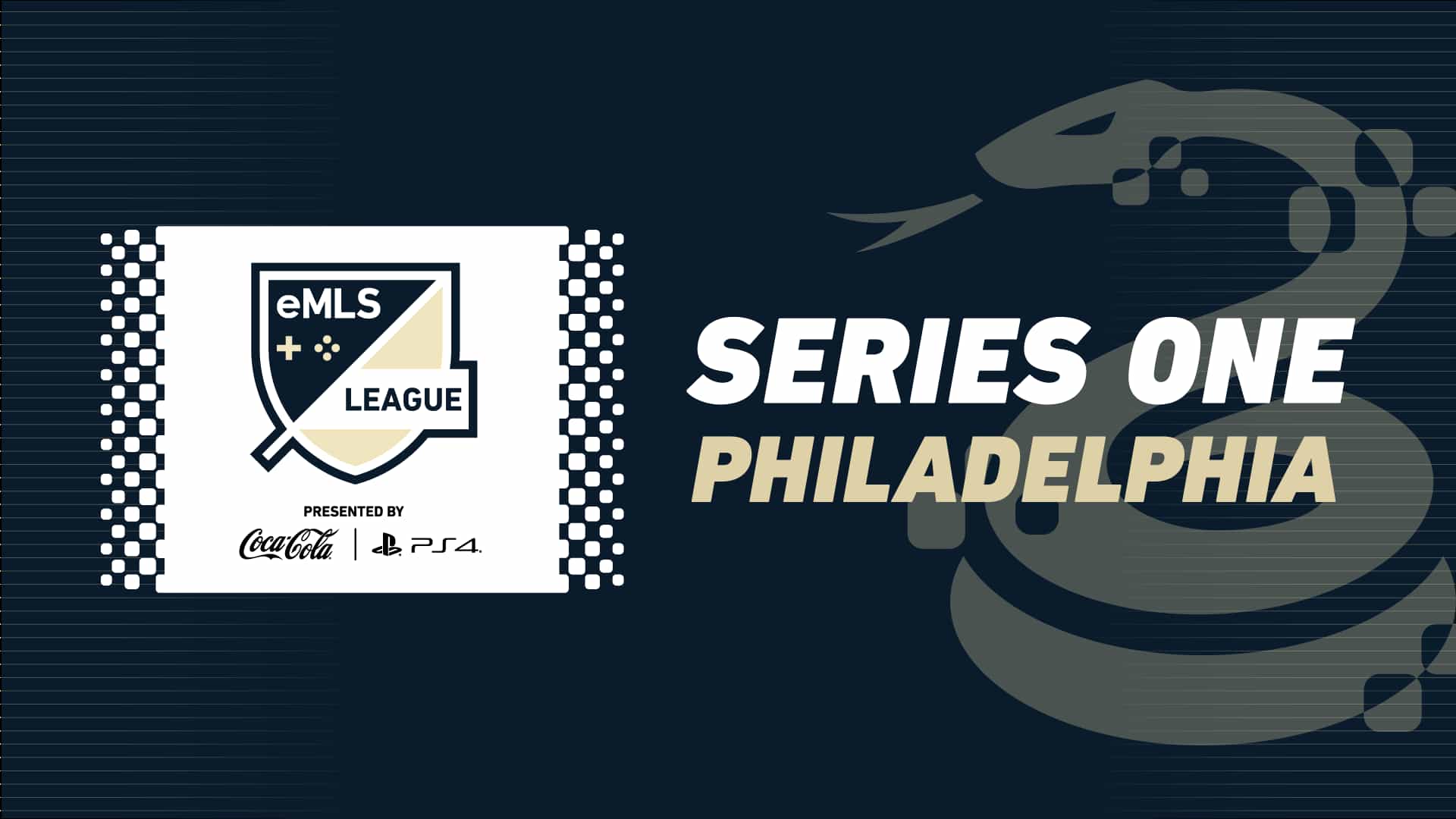 On the other hand, this is only the third year of the competition. This may be the first time you're reading more closely about the compeitition. Or perhaps you forgot the nuances of the unique league. We've got you covered.

How does eMLS work?

In terms of structure and prizes, the competition remains largely the same as last year. eMLS is comprised of three major tournaments: League Series One (Jan 10, Philadelphia), League Series Two (Feb 15, Portland), and the big one, the eMLS Cup (Mar 21, Austin). During the first and second League Series, participants will go head-to-head over two days competing for cash prizes as well as season points, which will ultimately decide who makes the eMLS Cup.

The in-match roster requirements are really what set eMLS apart. During competition, each team must have five players on the pitch at all times and no more than two Icons (a twist from last year where it was three players but two had to be from the club you represented).

Delving deeper into the League Series structure, the first day (which is not live streamed) sees every participant play a 12-game “regular season”. After all the points are tallied, the host club and top seven pros in the table will duke it out in the live-streamed event. It’s an intense single elimination playoff with the champion taking home $7,500 USD.

Plus, in the end, the eMLS grand champion can earn big time global series qualifying points. That haul can have a significant impact on sending them to this year's FUT Champions playoffs, and possibly even further to the 2020 FIFA eWorld Cup.

Who to Watch for?

Plenty of these eMLS pros have graced Futhead's weekly "Tuesday Night Football" tournaments, so we thought it fitting to highlight some of the players who’ve beasted it over the past four months.

Cormac Dooley "Doolsta" – Nashville SC – A blockbuster move in the offseason saw the three-time competition defending champion leave the Philadelphia Union to join this new MLS organization. A return to his old stomping grounds to start the season; we smell drama. 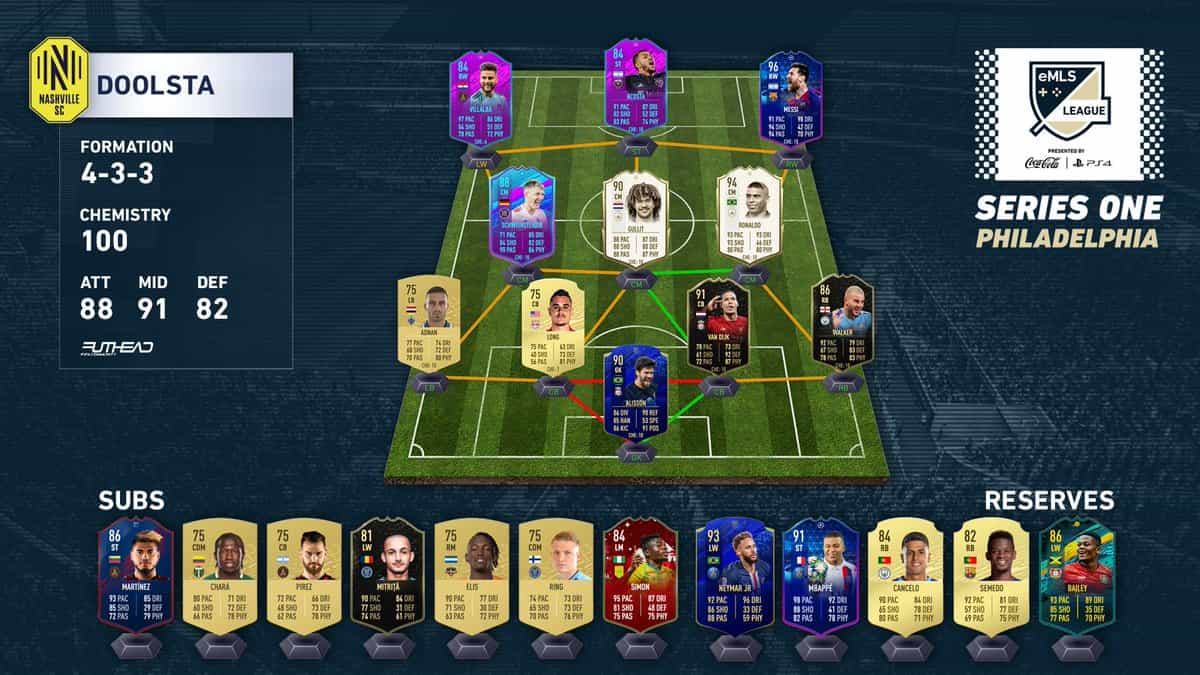 Chris Holly "Didychrislito" – NYCFC – The TNF King! This Haitian born pro has won a whopping seven Tuesday night trophies, but still no eMLS crowns. Will this be his year?

Gordon Thornsberry "FCC Fiddle" – FC Cincinnati – Another eMLS veteran and the reigning TNF champion. This former PSG star has all the talent in the world, yet his FCC player pool may prove limiting. 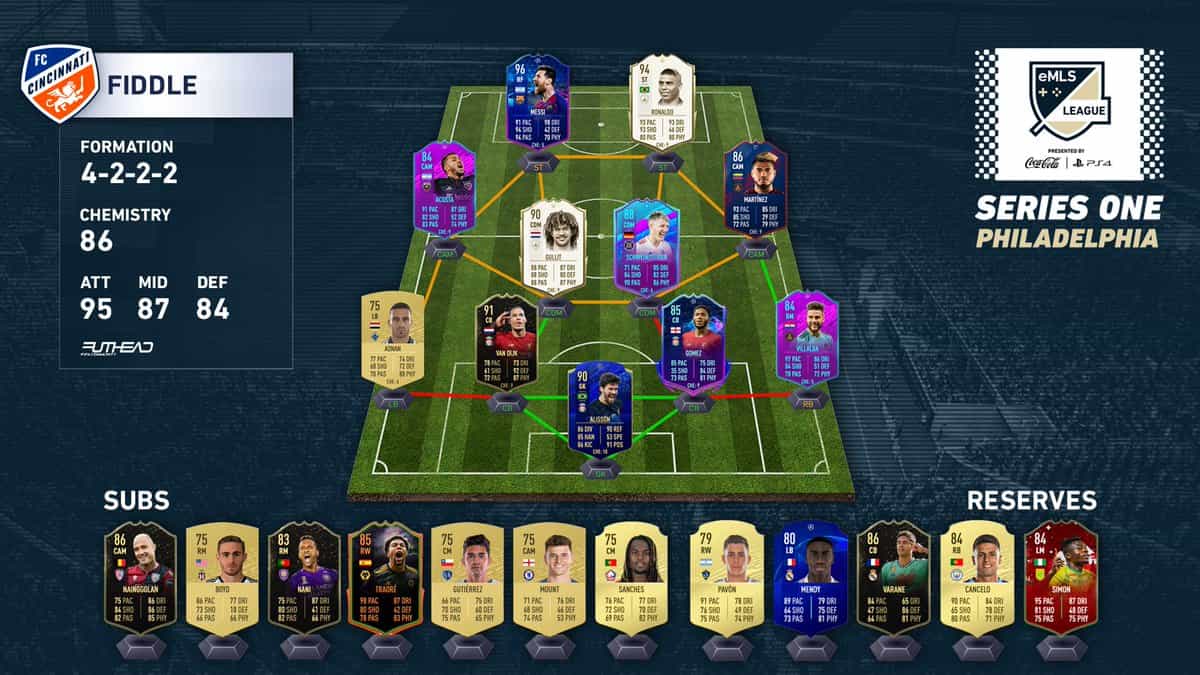 Paulo Neto – Atlanta United – A top 4 PS4 player in the world! Atlanta United have a history of reeling in budding South American stars IRL; will the Brazilian teenager prove to be the virtual equivalent of the likes of Josef Martinez? 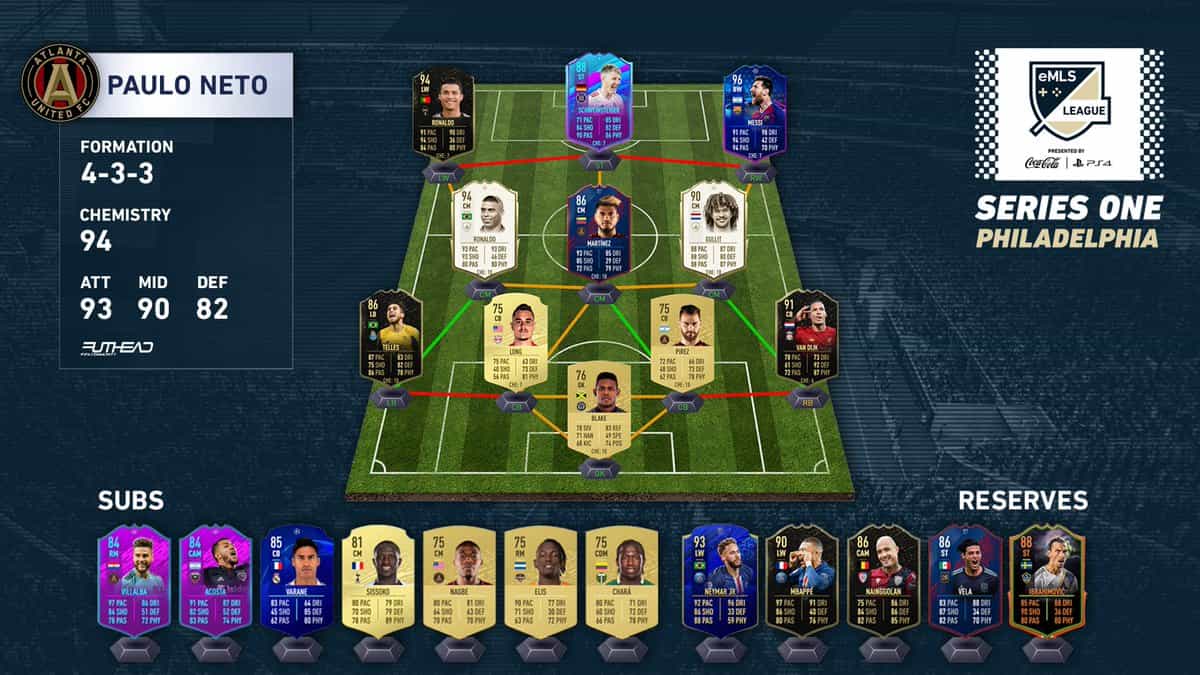 Alex Gonzalez-Aldana "Exraa" – Vancouver Whitecaps – Definitely the dark horse to watch. This eighteen year old has been punching above his weight in our TNF tourneys (winning one in the process); now he just needs to clutch up on the big stage. 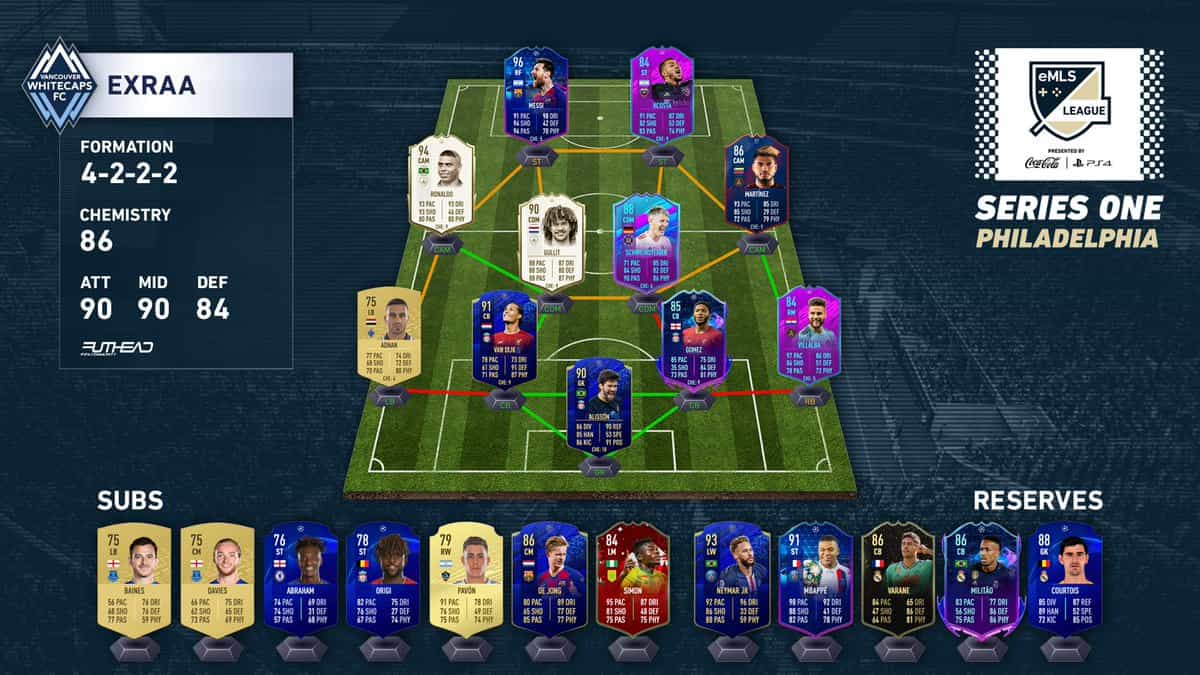 Jay Ajayi – Philadelphia Union – A Super Bowl champion (!) and the latest eMLS pro. The former real-life Philadelphia Eagle of the NFL can cut it on the gridiron, but can he cut it on the pitch? Regardless, he’ll be a story to follow and a name to watch. 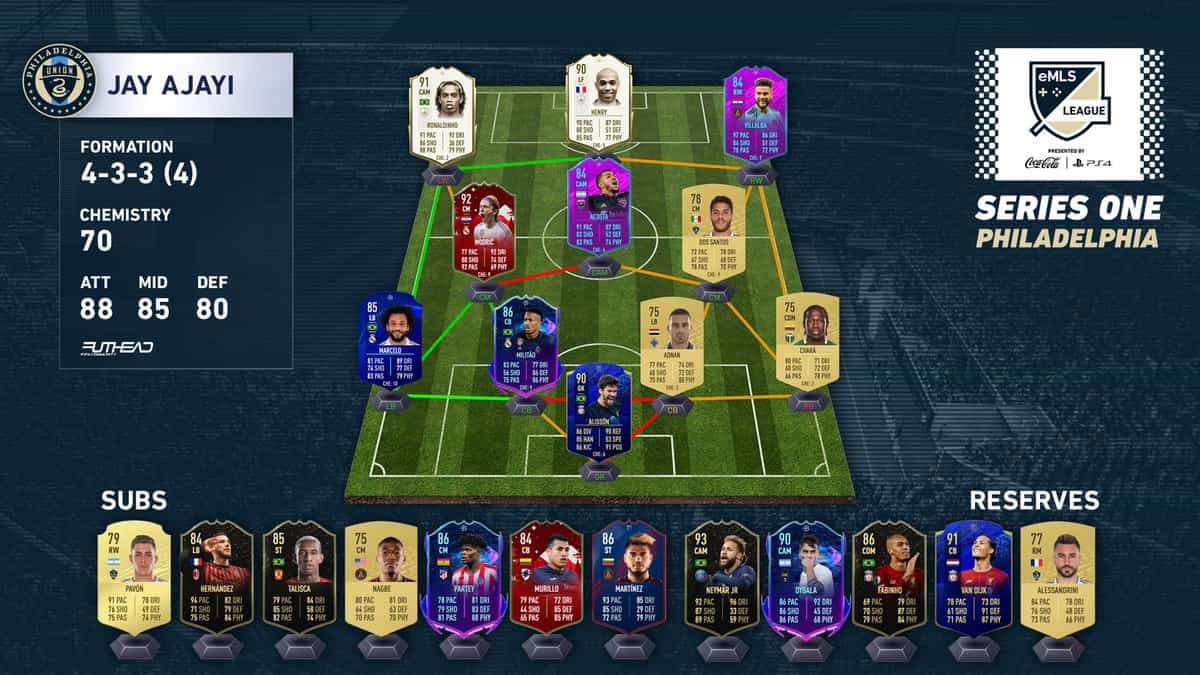 Those are only six of an incredible 25 man field, so be sure to check out the rest of the pros by following the link here.

How To Watch eMLS League Series One?

If you’re in Philly this weekend, you're in luck. eMLS competitions are open to the public! Click the link here to register and enjoy all the festivities live.

If you’re not in the City of Brotherly Love, fear not. As mentioned above, Friday’s main event will be live-streamed starting at 6.p.m. ET/11 p.m. GMT on MLS's Twitch and Twitter, as well as on MLSsoccer.com. Lastly, make sure to follow @eMLS on twitter to stay up to date with all the eMLS news.