Everything you need to know about eMLS Series Two

Published on by WyseFIFA 5 Comments Updated on 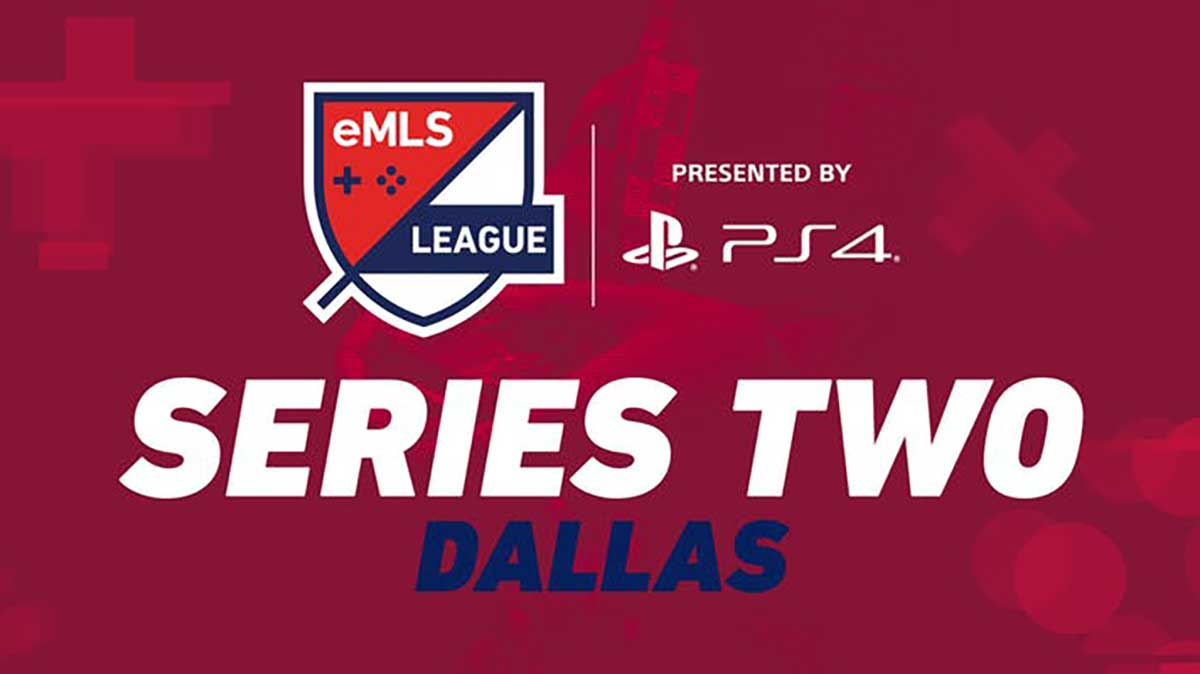 Last month, the eMLS' second season kicked off with a bang in Los Angeles, California. Philadelphia Union’s Cormac Dooley, aka "Doolsta", took home the opening event title in a thrilling 3-2 victory over Houston Dynamo’s "Kid M3mito" that captivated the fifty-two thousand plus fans that tuned in across a variety of streaming platforms. Looking to build off its success, the esports branch of Major League Soccer will be hosting eMLS Series 2 at the U.S National Soccer Hall of Fame in Dallas (Frisco), Texas, where 22 competitors will again square off for FIFA Global Series qualification points, a trophy, and a cool $5,000 USD.

For a quick refresher on the tournament structure, after round robin matches between all competitors in each conference, the top four gamers from the Eastern and Western Conferences advance to compete in a single elimination tournament for the title and prize money. Important to note: the placement points earned in Dallas will also have an impact on a player’s qualification for the eMLS Final Cup in March. At the end of this tournament, the pros with the top five accumulated points (from Series One & Two) will automatically qualify for the grand finale, while the rest of the field squares off in a single elimination tournament for one last spot.

Doolsta (Philadelphia Union): After taking home the eMLS Series One title, the Republic of Ireland native is looking to double his trophy tally. Interestingly, the Philadelphia Union representative has opted for a Premier League engine in the midfield. Will Edin Hazard and Kevin De Bruyne provide the spark needed to reach the final? 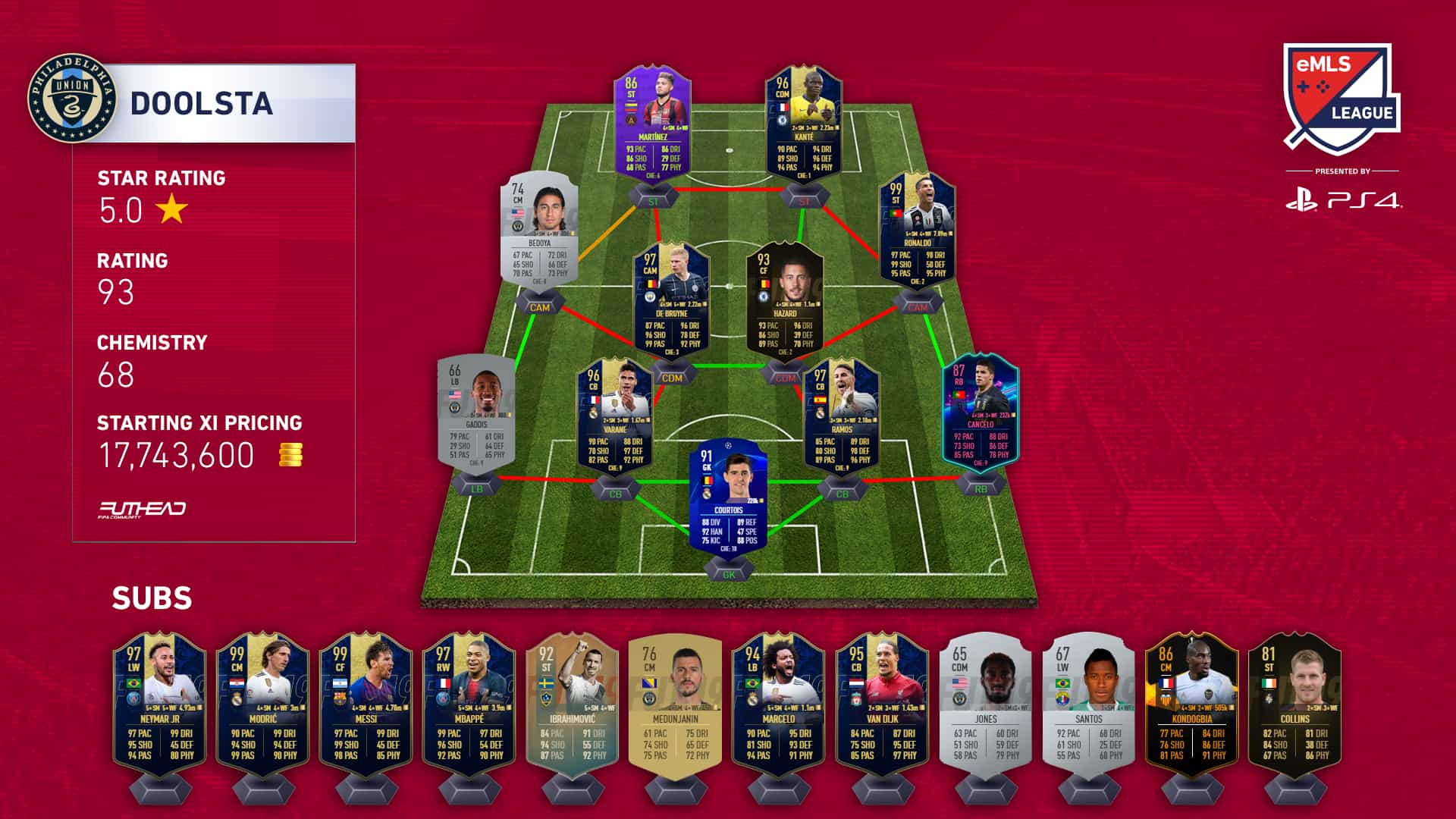 AlanAvi (FC Dallas): The hometown hero. Unlike his previous squad, Alan has constructed his side with 100 Chemistry and a heavy French flair. One of the only players to leave out both Team of the Year Messi and Ronaldo means his Antoine Griezmann has big shoes to fill. 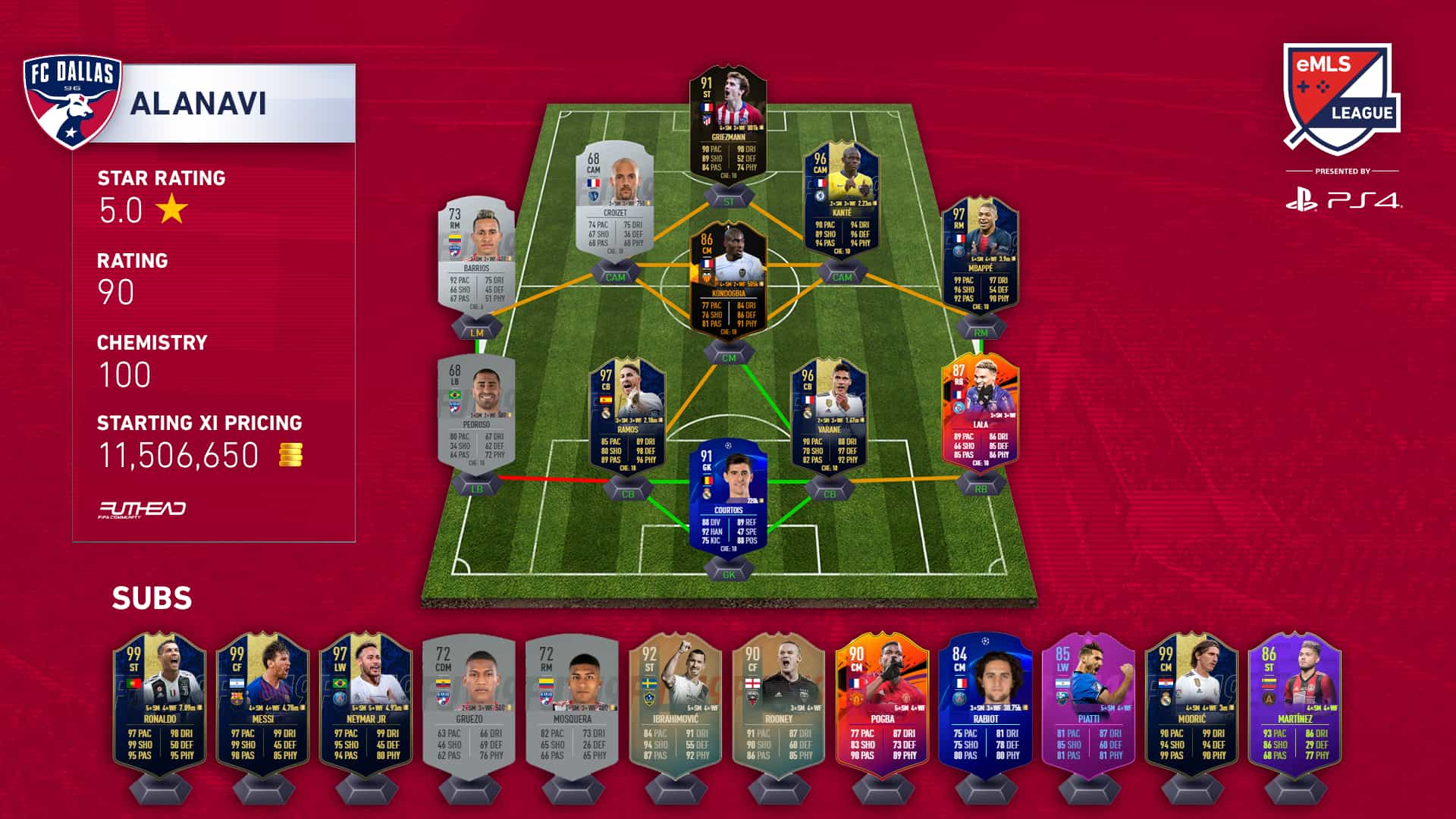 Skill Shack (Vancouver Whitecaps): This Canadian youngster came into his own in Los Angeles. His team really caters to his playstyle, and that FUTmas Phillipe Coutinho is extremely dangerous. With a largely unchanged side, it will be interesting to see if the young gun can build on his Series One success. 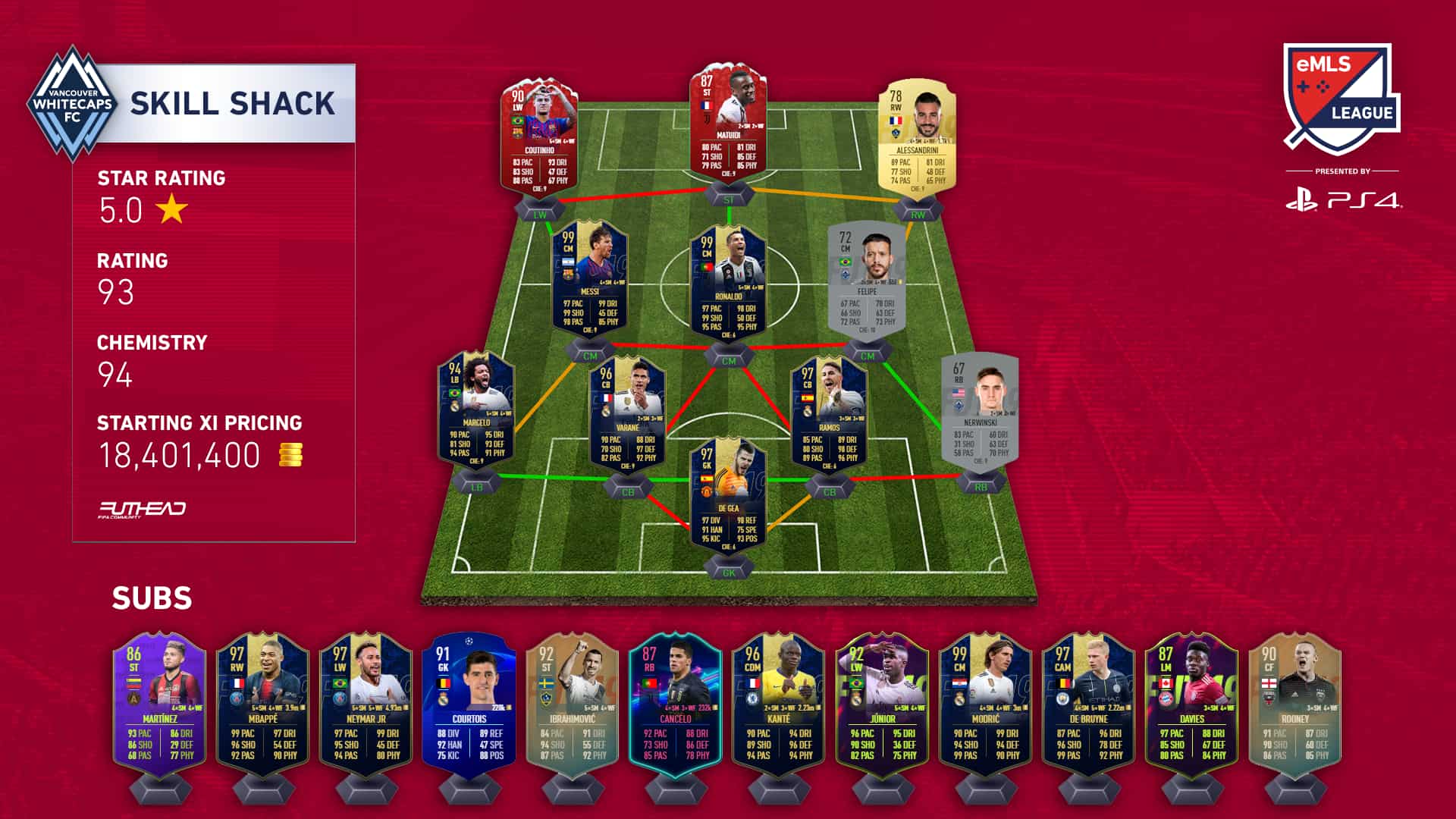 LyesMTL (Montreal Impact): Staying in Canada, Lyes’ side makes the list as a player who has it all in front of him this weekend. After a stellar performance in the inaugural eMLS season, the Impact star had a quiet Los Angeles event. He is right on the cusp of finals qualification; will those Team of the Year items push him over that qualifying edge? 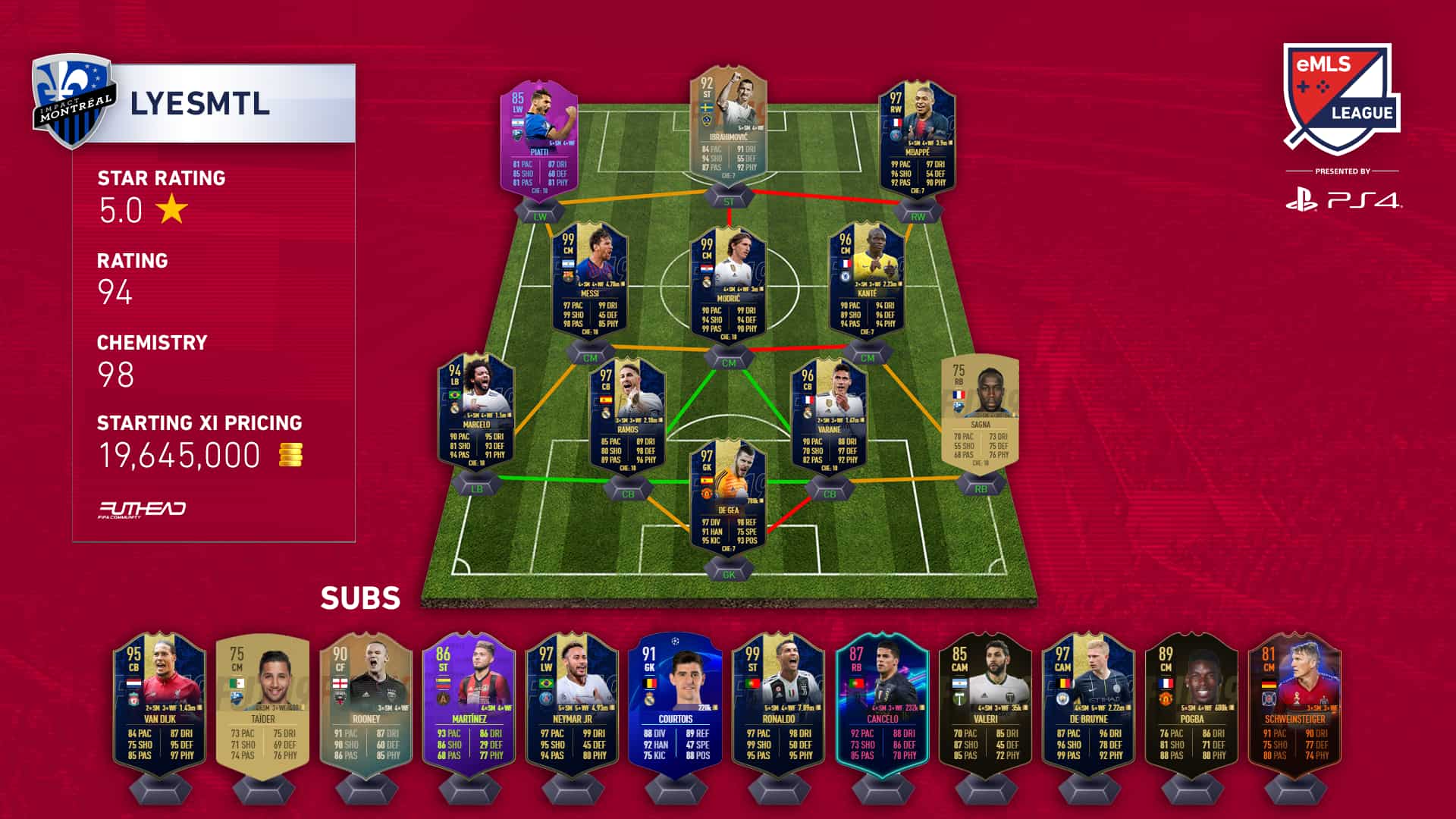 With eMLS Finals qualification and $5,000 on the line this weekend, Sunday should deliver an action-packed event. Just like Los Angeles, FIFA fans in the Dallas area can attend for free, so go ahead and click here to register for this weekend event.

If you can’t attend in person, make sure to tune in to all the action with the competition livestream airing on Twitch & Twitter, as well as MLSsoccer.com. Remember the event kicks off at 4:30 p.m. CT/10:30 p.m. GMT. Finally, be sure to follow @eMLS on Twitter for live updates, and check back Futhead for all the eMLS content your heart desires.