Published on by lukezim 25 Comments

Last week's Team of the Week was, being kind, not great.

And with a few major leagues still slowly waking up after a winter recess, TOTW 18 manages to be much more up to speed.

After his Herculean effort ensured Ole Gunnar Solskjær's tenure as Manchester United manager stayed perfect, goalkeeper David De Gea gets an in-form even better than his Team of the Group Stage, and now up to 93 overall. His TOTY might be the prize for some high-end spenders, but the 93 IF will be far more affordable over time for most.

Speaking of 93-overall, FC Barcelona's Luis Suarez, subject to some transfer whispers and some not-as-quiet-as-maybe-they-should-be whispers about how much left he has in the tank, proved the haters wrong for at least a week and now has his second in-form of FUT 19. If you stood pat and didn't spend during TOTY and are particularly flush, maybe snagging him Sunday post-Weekend League and linking him to this solid looking IF Inaki Williams could play for your La Liga squad.

Finally, I'm a sucker for out-of-position players -- and who isn't? -- and this week delivers the goods in spades. Liverpool's SIF Fabinho goes from CDM to CB while Juanfran, the Flashback standard bearer and FOMO magnet for those of us that skipped it at RB, jumps across the pitch to leftback. If you can make due with the three-star weak foot, the latter could be an interesting cheaper option than the Marcelo/Jordi Alba special tier. 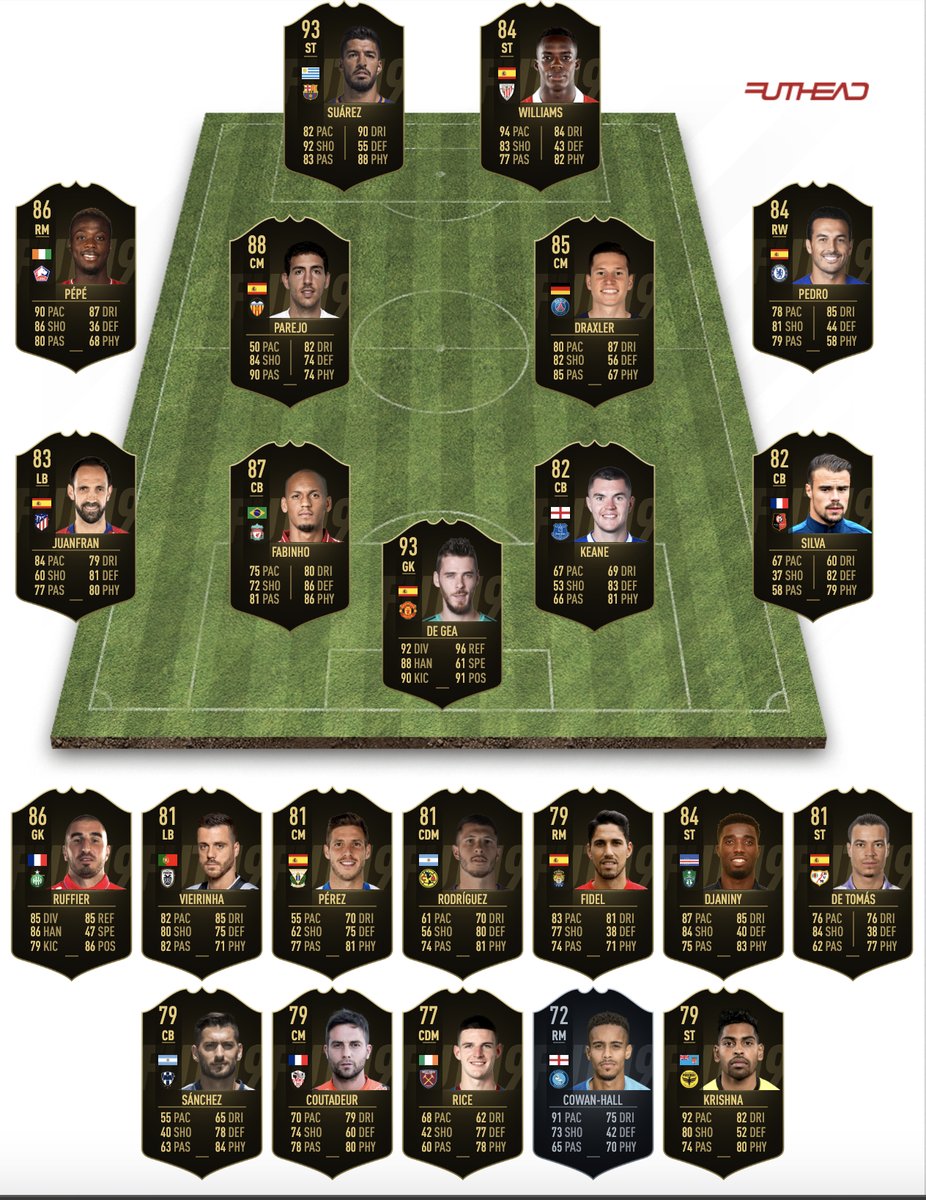