Published on by lukezim 85 Comments 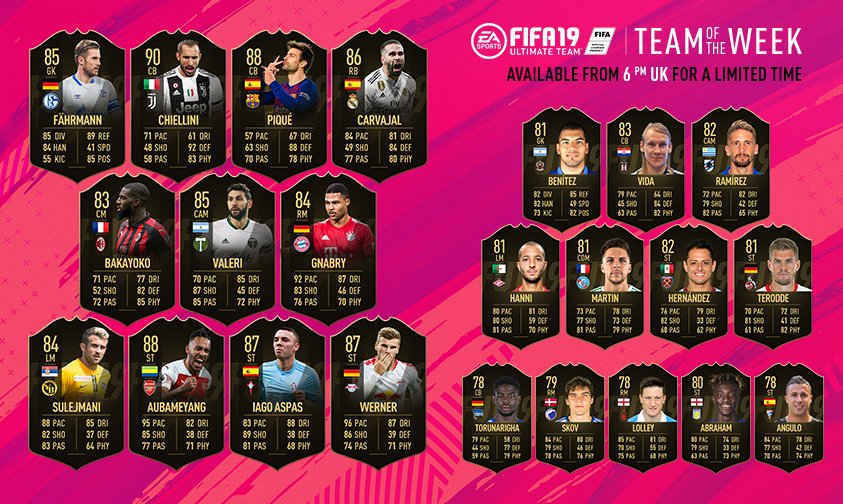 After a couple duds, EA SPORTS' FIFA 19 Team of the Week is back in full force.

The 12th edition of the aptly weekly TOTW promo is jam packed with tasty in-form special items. After torching rivals Spurs, Arsenal striker Pierre-Emerick Aubameyang gets his second IF, an 88 inching closer to his October Player of the Month special item. Joining the pace fest is RB Leipzig's Timo Werner, on his third respective IF. As someone who tried POTM Auba with SIF Werner, I can attest: the sweat is real.

Those that skipped POTM Sancho -- at least the RM version -- appear set to be rewarded with a right sided Serge Gnabry, fresh off his demolition of his former side, Werder Bremen. And once again, just for Castro, an 82 IF Javier "Chicharito" Hernandez. 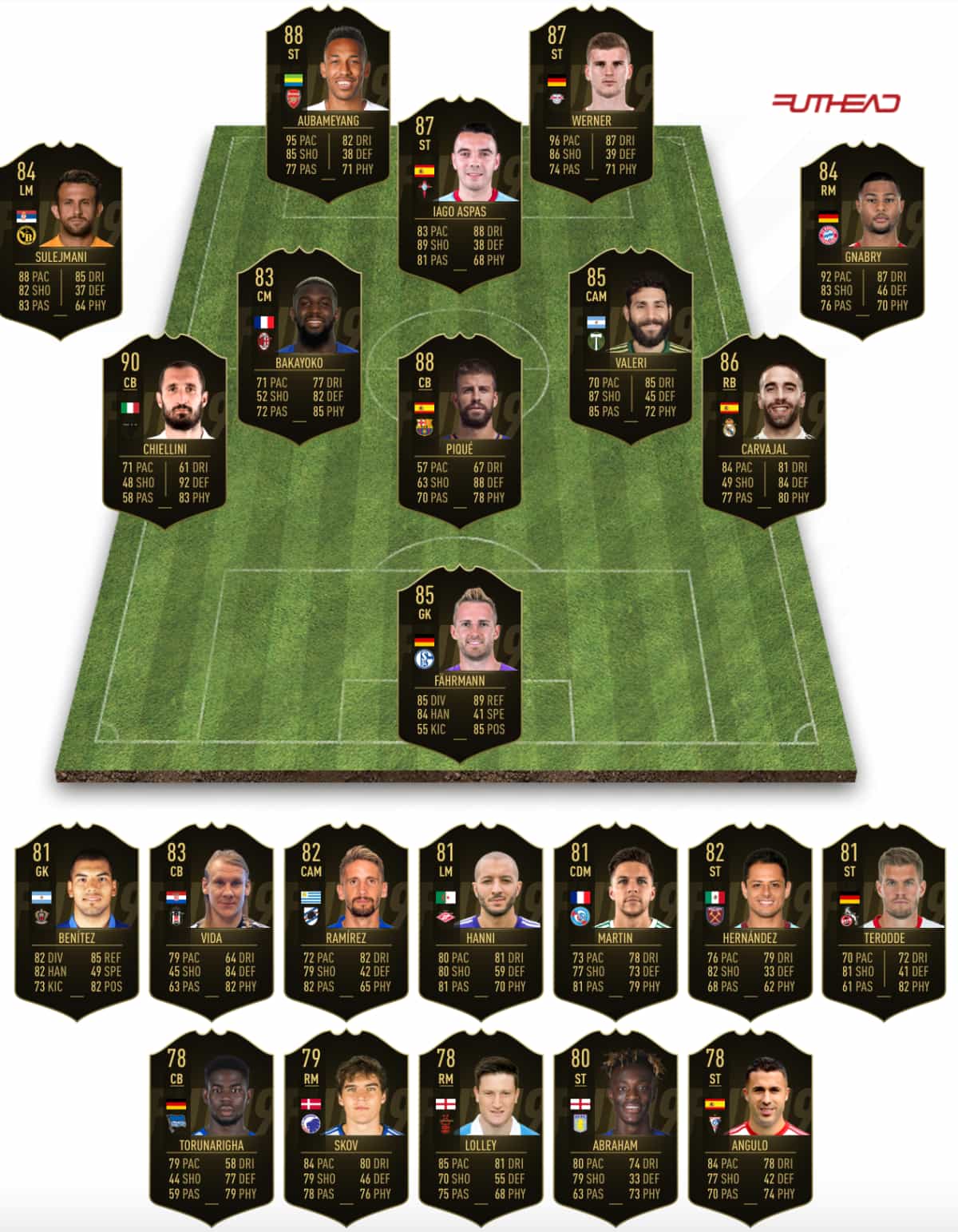