Published on by lukezim 43 Comments 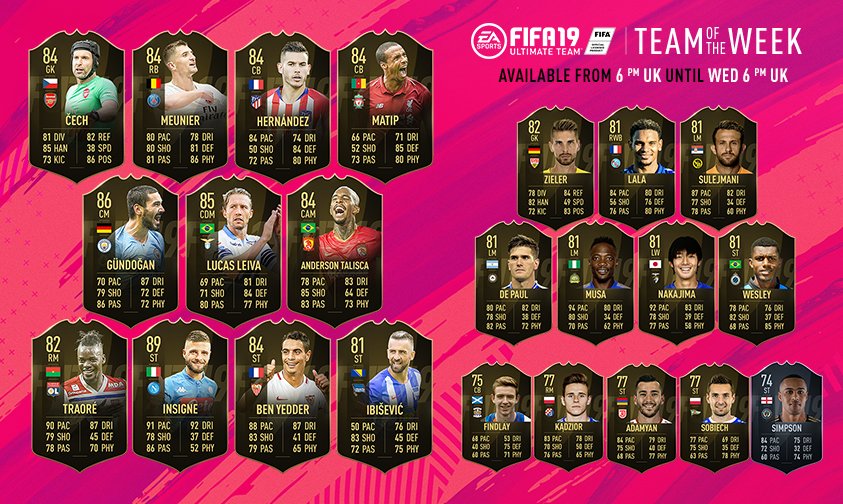 This Team of the Week probably isn't going to include many players you're still using months from now. That said, given the sheer volumes of packs expected to be opened this coming weekend with "Ones to Watch" on the way, maybe there'll be some cheap options?

FUT 19's second TOTW is led by an 89 striker (!) Lorenzo Insigne. The Man of the Match was responsible for a brace and has four goals in his last five matches. Carlo Ancelotti may have turned a corner in Naples yet.

French World Cup, erm, hero (well, certainly a solid role player on that squad at least), Lucas Hernandez, gets a particularly tasty black-and-gold IF at centerback outside of his mostly customary left back station. At 182 cm, he won't exactly meet some's lofty intepretation of the Meta, but in this FIFA, outside of on corners, should be quite solid.

Here's the full FIFA 19 Ultimate Team Team of the Week 2: 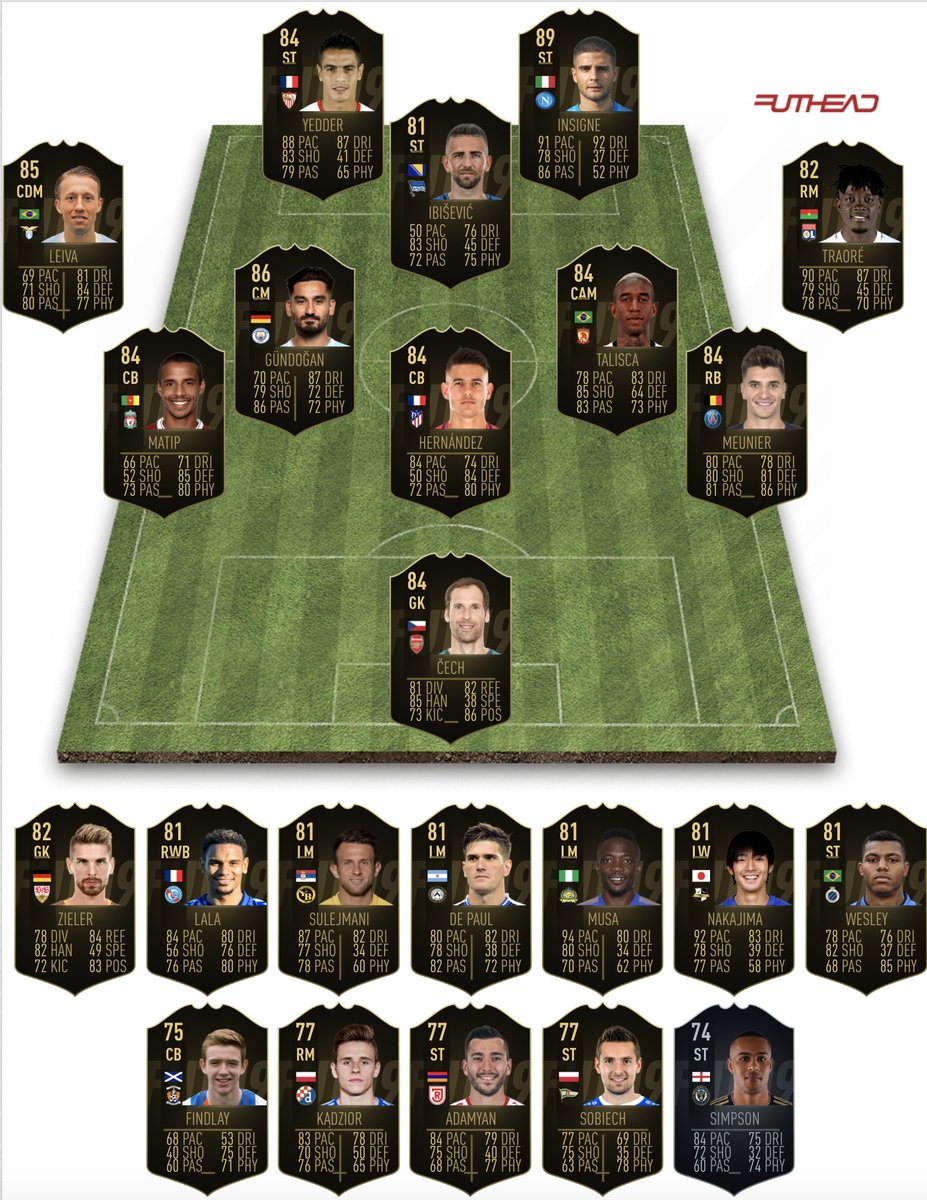