Stay away from these FIFA 18 players in Ultimate Team

Published on by Wookiechew23 143 Comments 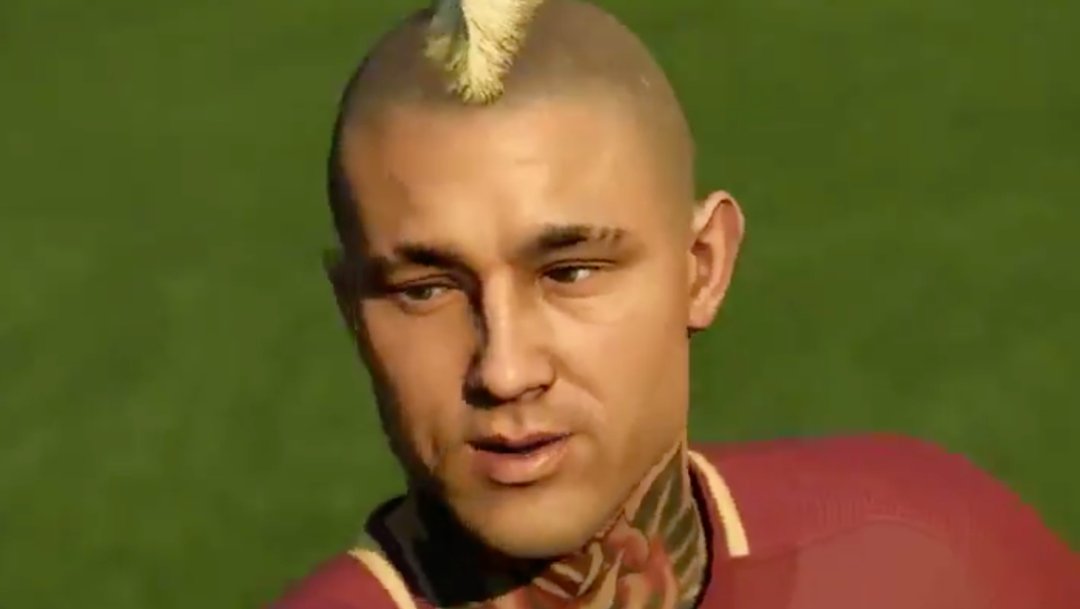 Today, we'll be doing something a little different. It has been brought to my attention that I mostly review players who I enjoy or potentially would enjoy using -- trust the FIFA community to call out someone for focusing on the positives. So today, I'll be going through some players who you should stay away from.

Let's get into it. 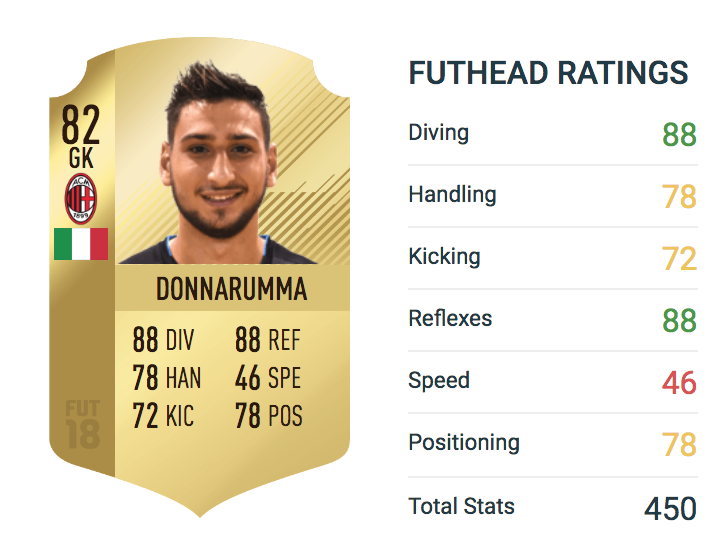 His item looks immense. Those double 88s, with the 6'5 height, and how good he was last year, made me think he would be the keeper for me.

How wrong I was.

This man couldn't catch a cold. He couldn't save a Word document. He was absolutely atrocious. The only thing he could do was pull off some decent saves from range, but that was only when the shot came close to his body. In most cases, he didn't dive, he didn't even react -- he just went to ground, and assumed the fetal position. There were also times when he didn't even bother to go to ground -- he just stood there, like a deer in headlights, completely frozen and completely useless.

He was beaten every single time at the near post. Most of the time, he'd just drop to the ground, completely missing the ball. At other times, he would actively move the other way. His inability to read his opponents was astounding -- it was on par with my great-aunt's current ability to read a book (she's dead), or Sheldon Cooper's ability to read a room. Throw in some awful decision making (he once tried to punch a ball that was behind him, and smashed it into the roof of the net), and genuinely awful distribution (must have averaged ~30% on his throws), and you have the FUT equivalent of Loris Karius in real life. 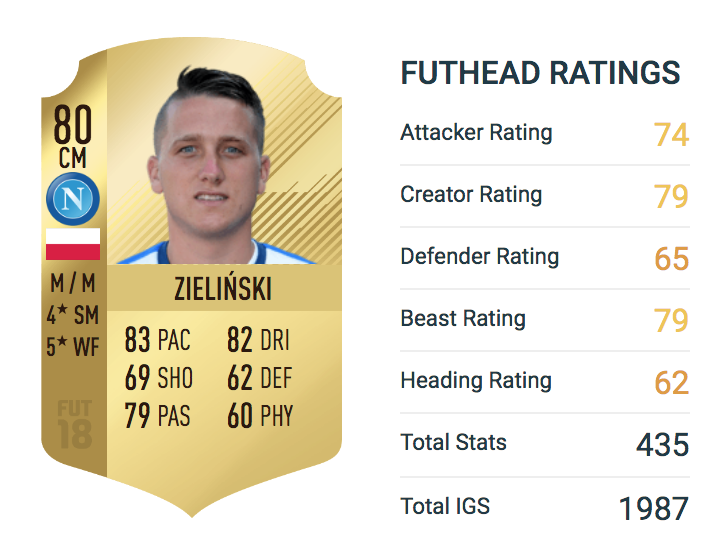 He did not feel like he had 80 pace, or 80 dribbling. The four-star skills are nice, but he was awful on the ball. the five-star weak foot would have been nice, if he had been able to shoot or pass more than 10 yards. His physicality was awful - he was tall and weak and off-balance, and he was dead by the 75th minute. His defending was only remedied by his pace, but the actual stats were awful. The phrase jack of all trades, master of none describes him perfect. Well, except for the jack of all trades part. 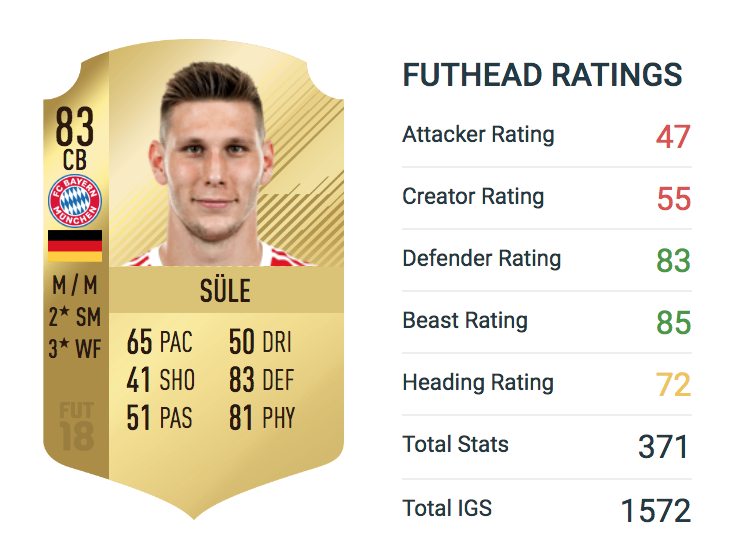 He's a man mountain, and it's not just because he's tall. It's because he turns like he has a thousand tonnes of rock strapped onto him. The least nimble, the most clunky defender I have had the displeasure of using this year.

In his defense, once he gets close to an opponent, he'll win the ball with a strong tackle. But if the opponent turns even slightly, he's going down like the Titanic. He's caught wrong-footed more times than I can count, he's too slow to catch up with any of the most used strikers, and he's god-awful on the ball - don't even think about dribbling with him. I get more worried when he's on the ball than when I see Ragnar Klavan defending in real life.

This is definitely one for Squad Buildling Challenges, but not one you should ever trust in your squad.

A controversial one, for sure, but one I should mention. 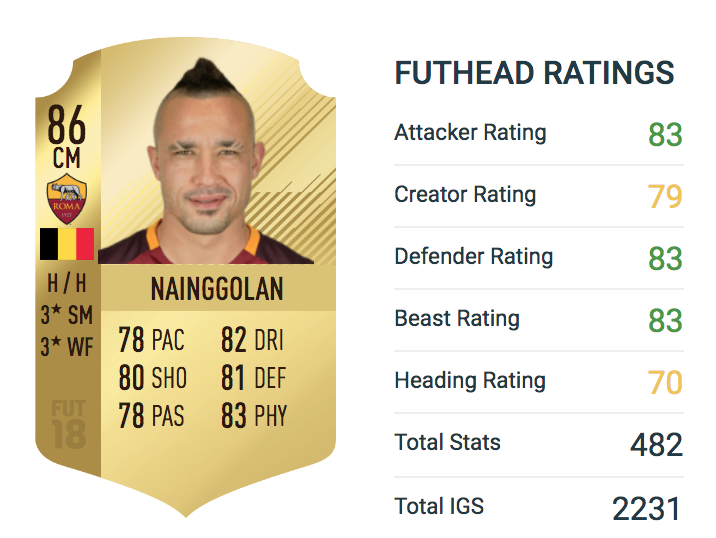 I used his loan item, and picked him up for a couple of games, and he didn't impress me. He's fast, strong, and decent at pretty much everything on the field, but he's not spectacular. And when you sink well over a 100K for a player item, you need spectacular. His shooting is good, but not fantastic. His passing is solid, but it won't unlock defenses. His dribbling is fine, but he's not going on any runs. His physicality is stunning at times, but at others, he gets bullied and is way to short to win the aerial duels. His defending and pace are amongst the best around, but defending really comes down to user error, and his pace is useful but not game-changing.

I'd say save your coins on this one. Not one you should necessarily avoid, but not one you need to build your team around.