Published on by lukezim 31 Comments Updated on 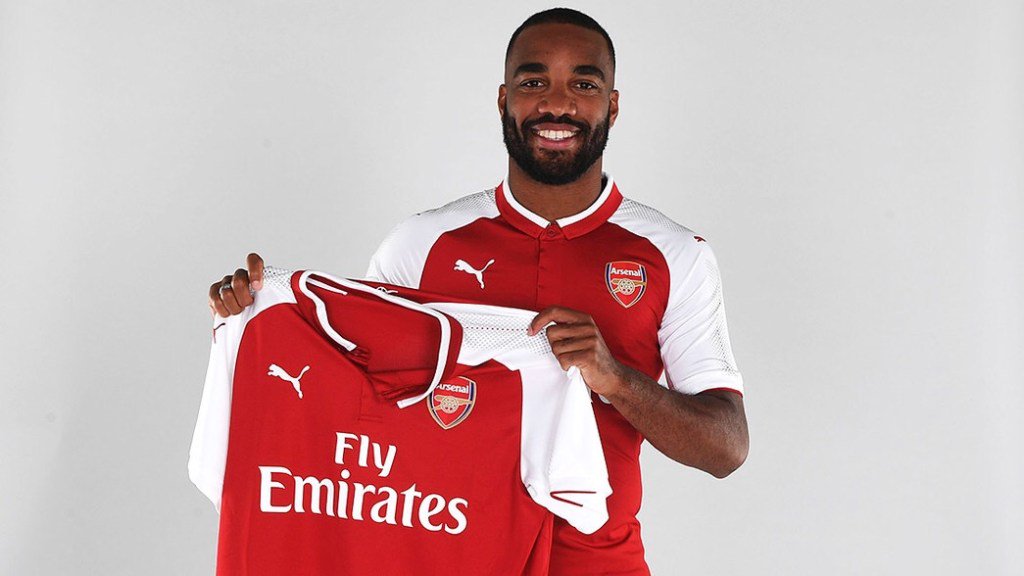 The transfer of the summer may be here.

While there's bound to be smoke around any number of La Liga stars Manchester United may flirt with (and potentially ultimately sign, after Atleti's transfer ban curbed any Antoine Griezmann relocation plans), Arsenal of all clubs have jumped to the forefront of the football world by landing recent FUTs legend Alexandre Lacazette. Interestingly, a Spanish high governing body's ruling on Atletico Madrid's transfer status may have been the domino necessary to put Arsenal's record signing in motion.

When City and Spurs sniffed around Lacazette a season or two prior, his eye-popping finishing numbers probably overblew where he was at as a striker. More polished and ready for the main stage now, Lacazette may not cure all that ails the Gunners, but he will surely give them a big name with potential big results on the pitch to match.

It's easy to wonder just how 1:1 Lacazette's game will translate from France to arguably the most competitive football league in the world. But let's be honest -- you're more interested in what this means for FIFA 18 (and beyond):

Surely we all love watching great players play for great teams in a great league. But given the FUT chemistry system, having stars of the same country of origin/international representation are a big coup, too.

Just a few of the names Laca will instantly have strong chemistry with include (but aren't limited to):

It's anyone's guess whether new teammate (for the time being) Olivier Giroud will stick around in North London -- he may well elect to move to alternative pastures in an effort to secure his spot in Russia next summer -- but if he does, that'd make for quite the perfect link, especially for those of a red-and-white persuasion.

Finally, more pace in the middle up top

The Premier League is loaded with a number of the best and brightest strikers football have to offer. Harry Kane's monstrous goal-scoring output probably in some small way influenced Arsene Wenger's big splash in its own right. Romelu Lukaku may well don a different shade of blue this coming season, but unless you could afford his Team of the Season item, there was a chance he didn't quite have the giddyup that suits your play style.

WIth Sergio Agüero and wantaway Alexis Sánchez the only real alternatives, PL and PL hybrid enthusiasts will now be able to leverage the man colloquially known as Laca-sweat.

Lacazette's base item in FUT 17 showcased 84 acceleration and 87 sprint speed. A PL bump in those would hardly be unexpected.

With his overall rating likely to hover around 86 or 87, he'll be pricy -- Arsenal and all -- but perhaps not impossibly unaffordable.

A little early-season FUT pack luck and who knows, you might just have the pacey center attacker your Premier League squad's been lacking.

Ones To Watch hype

We don't know for sure what the future of the Ones to Watch items will hold. 2017's inaugural go seemed positive enough, but that the cards didn't receive TOTS/TOTY upgrades left some wanting more and with FIFA Mobile sporting more specific-match-upgrade driver Impact player items, it's possible we could see some evolution in FIFA 18.

But say OTWs return essentially in the same form they were in this past season: Lacazette's instantly jumps to the top of your want list.

Rest assured it'll be quite pricy; with Lacazette likely Arsenal's main goal-scoring threat and potentially on the receiving end of many a perfectly threaded Mesut Özil through balls, given his recent Team of the Week track record, it's safe to assume some black-and-gold Premier League upgraded items will be in his not-too-distant future.

But if you're a Gunner or a Frenchman or you could just scoring sweaty goals left and right, many this evening got a new addition to the top of their FUT 18 want list.

So what about you? What are you most interested about regarding Lacazette's move to the Prem? What kind of impact will he have on the next iteration of the Weekend League?