Published on by Wookiechew23 19 Comments 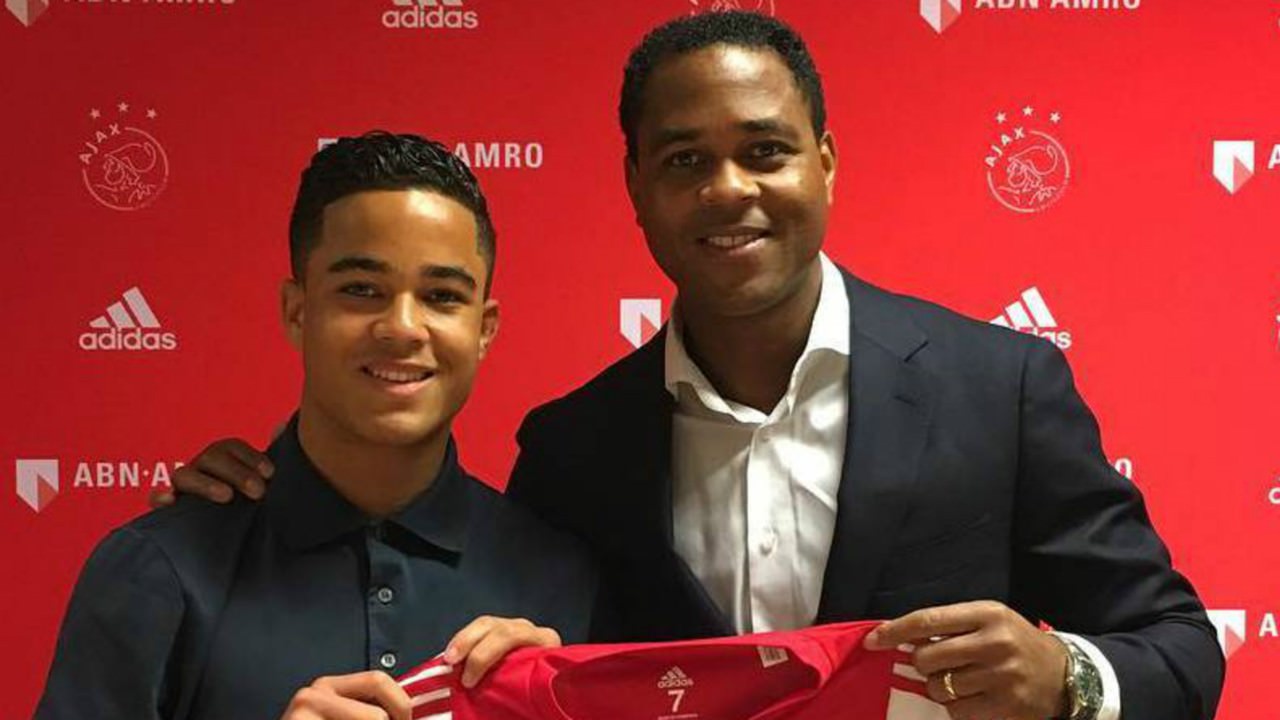 It's a tale of two Kluiverts.

As part of the Ultimate Scream promotion, EA released a 74-rated Justin Kluivert Scream card. From October 29th to November 1st, his card was boosted up to an 86-rated Scream item, with the same face card stats as his father's 86-rated Icon card.

I used the Kluiverts in this squad: 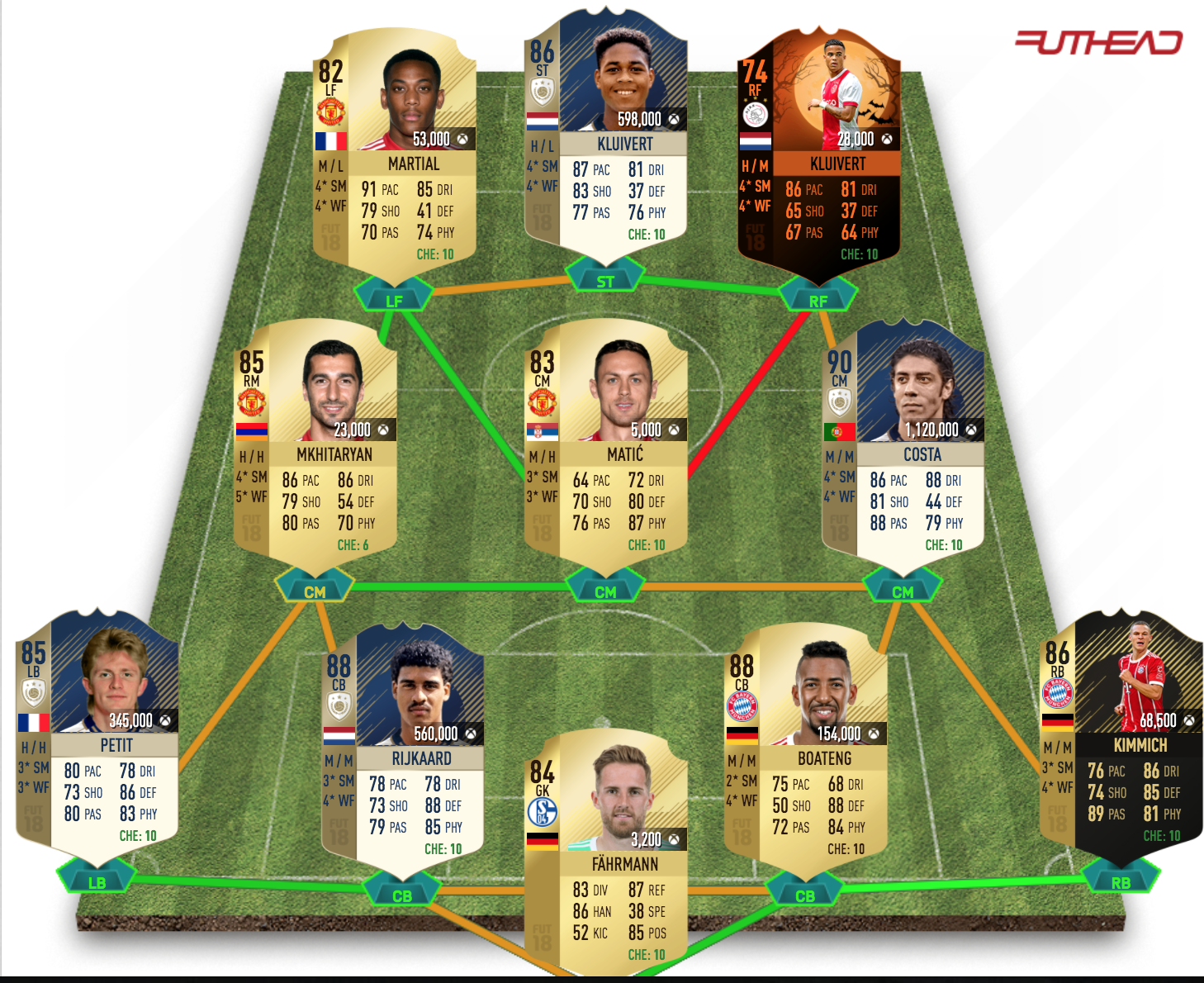 Contrary to what many people think, they do not have the same in-game stats. 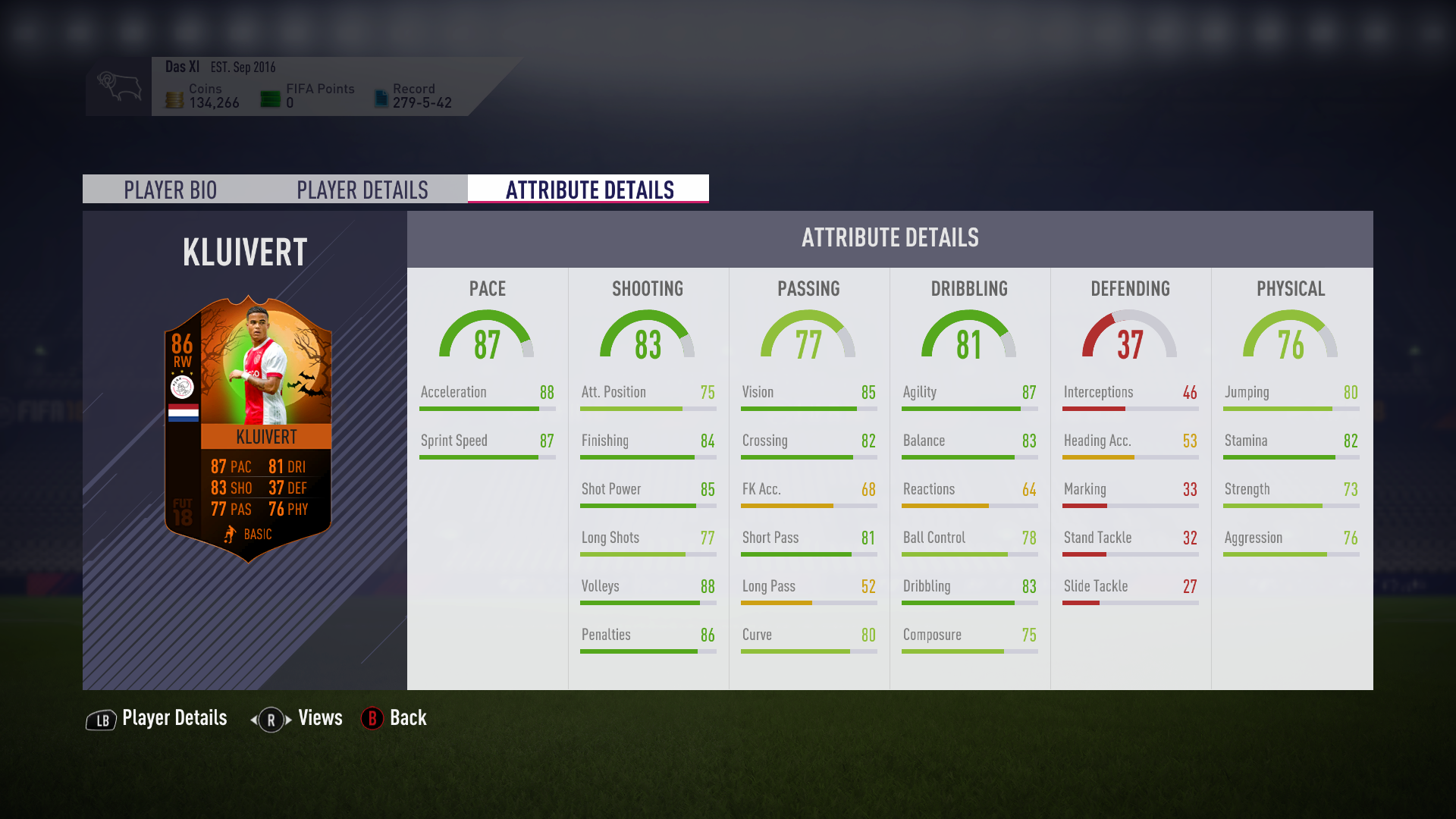 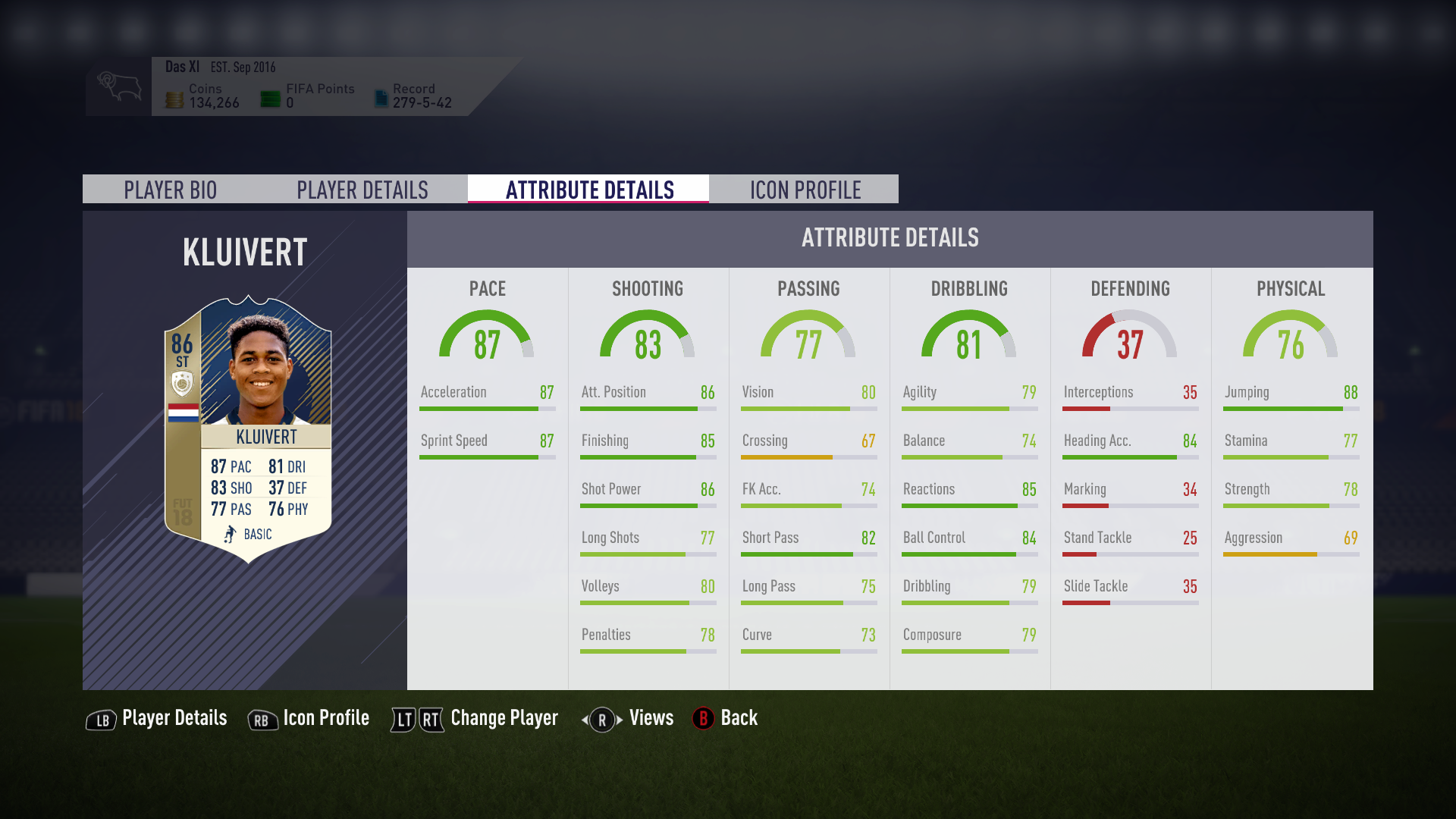 As you can see, there was a clear winner in the battle between the Father and the Son (the Holy Spirit wasn't around for this part, so we won't be ranking him).

Let's take a closer look at how they compared in game.

Pace: Justin has just the one more acceleration over his father, and yet he was much, much faster in game. I chalking it up to his agility and balance, but I also think it's just a factor of the player body types. Justin has a much leaner and lankier build in game than Patrick, which may contribute to this.

Shooting: This is one where the card stats are deceptive -- Justin has far less positioning, but manages to match his father's 86-shooting rating through a combination of 88 volleys and 86 penalties. I found both their shooting stats to be equally good -- the finishing is the same on both cards, and the shot power and long shots very solid too. However, I found it easier to find space with Justin, and therefore he got into more scoring positions.

Passing: Another one where the son absolutely smashed his old man. Both of them have atrocious long passing, both are solid at close range, but Justin's crossing was incredible. I even switched Kluivert and Kluivert in game to give Papa Kluivert a chance to show off his crossing, but he's nowhere close to his son. Justin's vision was also incredible, allowing him to ping perfect passes past passive defenses.

Dribbling: Yet another victory for the kid. Daddy Kluivert feels so stiff in-game, due to his low(er) balance and agility, while Kid Kluivert just glides across the pitch. I found their ball-control to be very similar, with Justin just edging it in the dribbling department. But the agility and balance boost that Kid K has puts him a level above his old man.

Physical: Yup, you guessed it - whatever Dad can do, this kid can do it better. He lasts longer out on the field, and his marginally lower strength is more than made up for with his much better aggression. The only thing Patrick can do better is jumping, but that didn't help him out too much here, since Justin already has the 80 jumping stat.

As you can see, Kluivert > Kluivert. It's not even close, in my opinion -- Kluivert wipes the floor with Kluivert. Keep in mind that Kluivert's boost is only temporary, so you should get to trying him out as soon as you can.

As for the other Kluivert, he's a solid card. But is he worth 600k? Absolutely not. The lack of agility and balance (probably due to his advanced age) really let this card down, and are singlehandedly the reason why his son's boosted crushes him in-game.

Try out Justin Kluivert while you can -- I loved using the card, and I'm looking forward to other times in the future when he gets boosted to his terrifying best.