How to do the new skill moves in FIFA 18

Published on by smooks 7 Comments Updated on 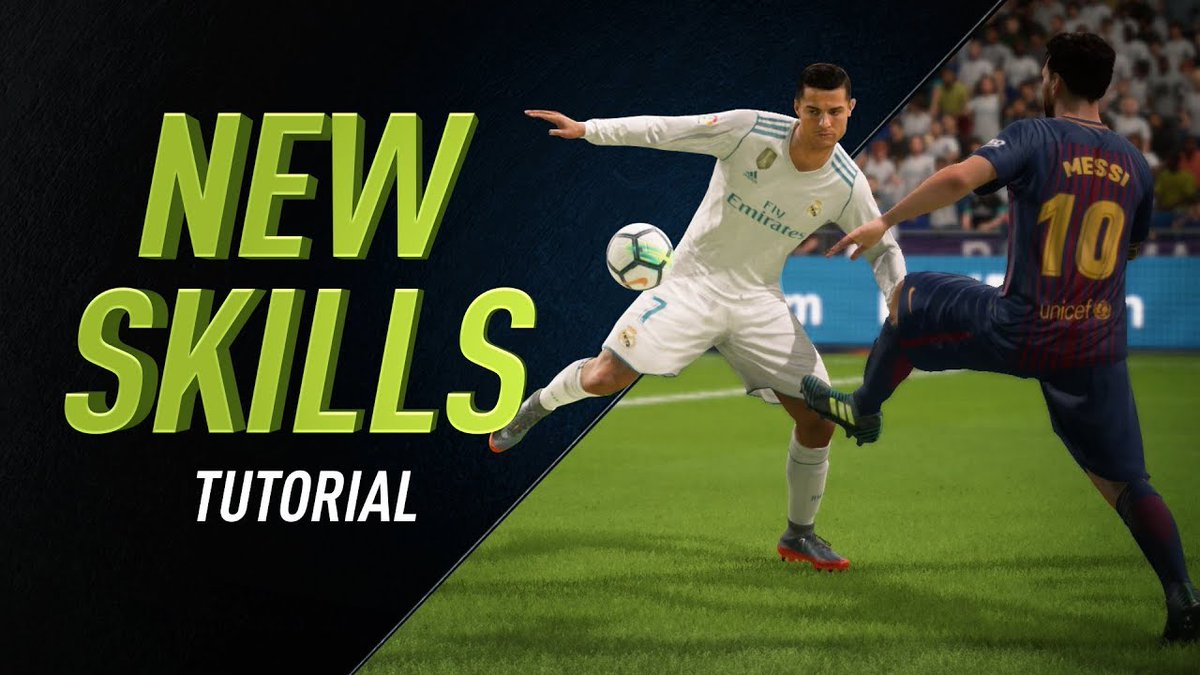 Skill moves in FIFA haven't been as important as they were back in FIFA 12 or perhaps FIFA 13. But for the best players of the game, the new ones could still make a big difference to their gameplay. In FIFA 18, there are over 50 skill moves, but more importantly, there are five to seven new things to try.

That might seem like a weird range, but I say it because some of the new skills are just old ones that have been revamped. YouTuber and FIFA influencer/community staple Marius 'Mhjerpseth' Hjerpseth takes us through them in his video above. Following is essentially what's covered in the video, so feel free to give it watch/listen while referencing this. Via Marius, here are all the new skills in FIFA 18:

Sombrero Flick This one is a five-star skill, so only a handful of players will be able to do it. However, this one is really fun to do, so maybe it's a good thing that not that many can? Anyways, this year, these can even be done in transition i.e. while running. To perform this trick, all you have to do is hold the Right Stick forward in relation to your player, and he will lift the ball up into the air. One more bonus: if the ball is already in the air, you can flick the Right Stick forward to set yourself up for a volley or get around an oncoming defender.

Heel Control This feature's player specific, and only Ronaldinho, Ricardo Quaresma, Marcelo, and Neymar can perform it. The so-called 'trick' requires literally nothing, it's just that eye-catching move of settling a lofted pass on your player's heel. If one of those four players receives a ball from the right height, once in a while, they will control it with their back heel. And it looks really cool.

The Bridge This one used to be a fan favorite, and a pretty popular one to see in online matches; 'The Bridge' makes a roaring comeback in FIFA 18. With the defender directly in front of you, press and hold RT/R2 and flick the Right Stick forward. This will knock the ball around him, and enable you to pick it back up from the other side.

No Touch Dribbling This one's an old feature, but judging by what Marius has to say about it, it's been redone quite a bit. No touch dribbling has been improved to make it more responsive and easier to use; it's a good way to get pass opponent's defenders without doing anything fancy. The modifier (or the button to press down before performing the skill) has now been changed to RB/R1. When the modifier is held, you can use the Left Stick to do body feints and juke opponents; just release the RB/R1 to resume regular dribbling.

Fake Shot Fake shots are possibly the most popular and easy-to-do skill move in the entirety of FIFA, but believe it or not, changes have been made. Now, while running or jogging, if you perform a fake shot backwards i.e. X/Square and A/X in quick succession while holding the Left Stick back, your player will do a cool new animation. Plus, if you do the same holding the RB/R1 button, your player comes to a complete halt. This will come in handy when you're setting up for new combinations.

Phew! That felt like a lot to cover, even though it was just a handful of things. Remember, to get better at these moves and incorporate them into your FUT and head-to-head gameplay, give them a try in the practice arena before foiling your next attack.