Published on by smooks 37 Comments Updated on 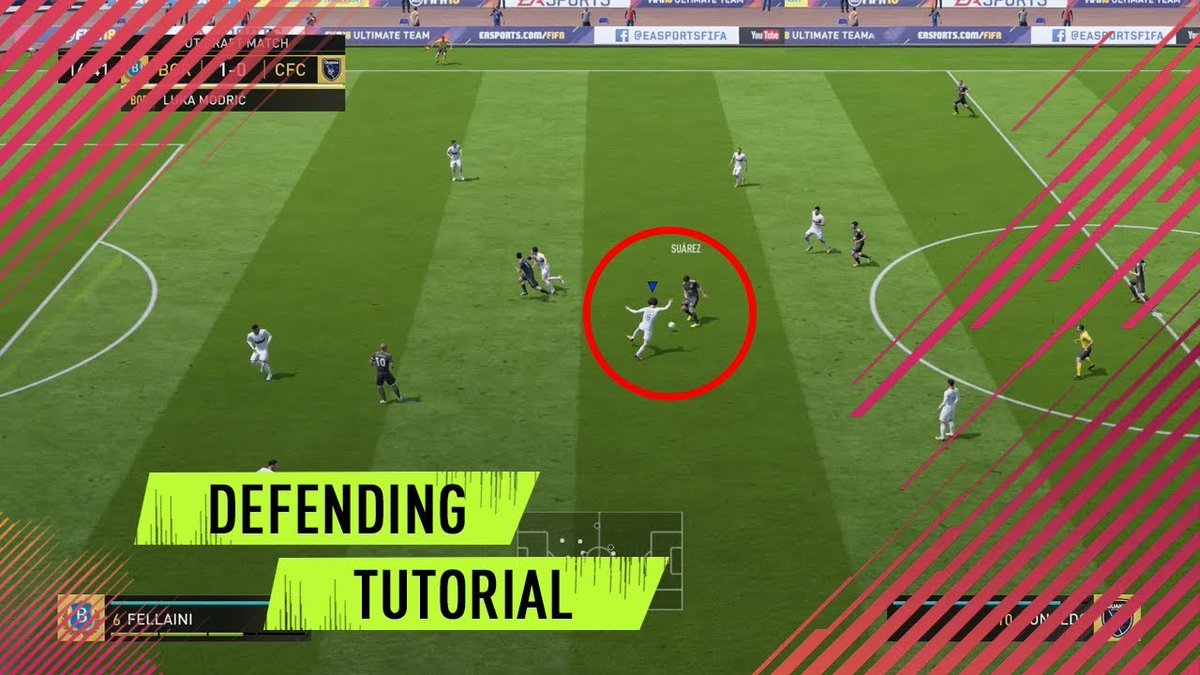 Every iteration of FIFA alters its dynamics from its predecesso;- the changes are usually noticeable, but they're seldom drastic enough to require a complete reevaluation of one's gameplay. Well, EA seems to have somewhat broken that trend this year.

In FIFA 18, defending is a completely different beast. If you thought you were good at it in FIFA 17, throw everything you know out the window. Lucky for all of us, Hashtag United esports player and YouTuber Ivan 'BorasLegend' Lapanje has us covered. He explains everything extensively in his video above, and the following is essentially the same thing, so feel free to give it a watch/listen while you read. Here's how to defend in FIFA 18:

Boras recommends washing away your old defending patterns immediately. The biggest difference from FIFA 17 is the player transitions; this year, your players will take about a second longer to change directions at full speed. This means your defending needs to be planned and much more cautious, diving into tackles could get you in serious trouble.

Never fear, however. Only six commands are required to completely revamp your defending style. They are as follows:
-- Standing Tackle - Press B/Circle
-- Jockey - Hold LT/L2
-- Contain - Press A/X
-- Sliding Tackle - Press X/Square
-- Second man press - Hold RB/R1
-- Player switching - Either press LB/L1, or move the Right Stick in the direction of the defender you'd like to switch to.

These six commands are the first things you need to master in order to be good at defending in FIFA 18, per Boras. The first command, the standing tackle, is usually the one we button-mash until it works. Not so much this year.

In FIFA 18, standing tackles are 'charged,' just like shots. The longer you hold B/Circle, the longer the reach of your tackle will be. Boras recommends using one to two bars of power (refer to the powerbar in one of the bottom corners) for close-range tackles, i.e. about one meter away from your opponent. Use three to four bars of power to launch something he refers to as a 'power tackle' when there's about two meters between the players.

In combination with the standing tackle, using the LT/L2 button to jockey your opponent is crucial. This button gives you much better control of the defender, and will help you time and direct the tackle in the manner that's most effective. Make sure to get the timing correct, otherwise your player is at risk of completely collapsing the defense due to one mistimed, open-field tackle.

The next command is the 'contain,' and it is executed by pressing A/X. This is a button that Boras strongly discouraged using in FIFA 17, but this year, it will prove good in certain situations. However, do not hold A/X down for longer than two seconds because your player will automatically pass the ball. The 'contain' is best used when your opponent is changing direction quickly and you're unsure about committing to a tackle - essentially when your player is 'on skates.' This will give your player the control back in his step to go and respossess the ball.

Next comes the slide tackle, easily the most controversial of the lot. Done so by pressing X/Square, it's always a risky move, so never use a slide tackle unless you're absolutely sure you'll reach the ball or you're making a last-ditch effort in front of goal.

Then comes the secondary man press, or the two-man contain. It's not as effective as it used to be, but it's still helpful at times. Press and hold down RB/R1 to perform it. Use it when you yourself are blocking off passing lanes, so you can draw one of your other defenders in to cover your man. But, remember that while it is useful, you can easily get caught out while trying to stop a counter-attack. Only use it as a complementary tool to pile pressure on your opponent.

Finally, there's the art of player switching. This can be done two ways: either tap the RB/R1 button, or move the Right Stick in the direction you want change players. Both methods are useful, and both could help you out in the long run. Most FIFA players are used to the RB/R1 button, but don't underestimate the Right Stick. It's a lot more precise when switching, and is very helpful you're trying to close down dangerous passing lanes and/or trying to stomp out a weighted through ball.

FIFA 18 has only been out a few weeks, so there's sure to be more defending tips, tricks, and strategies to come. However, this should lay the groundwork and give you a solid foundation to get the hang of this year's manual defending.