FIFA 20 How To Futhead How To - Tutorials and Guides

Published on by lukezim 2 Comments Updated on 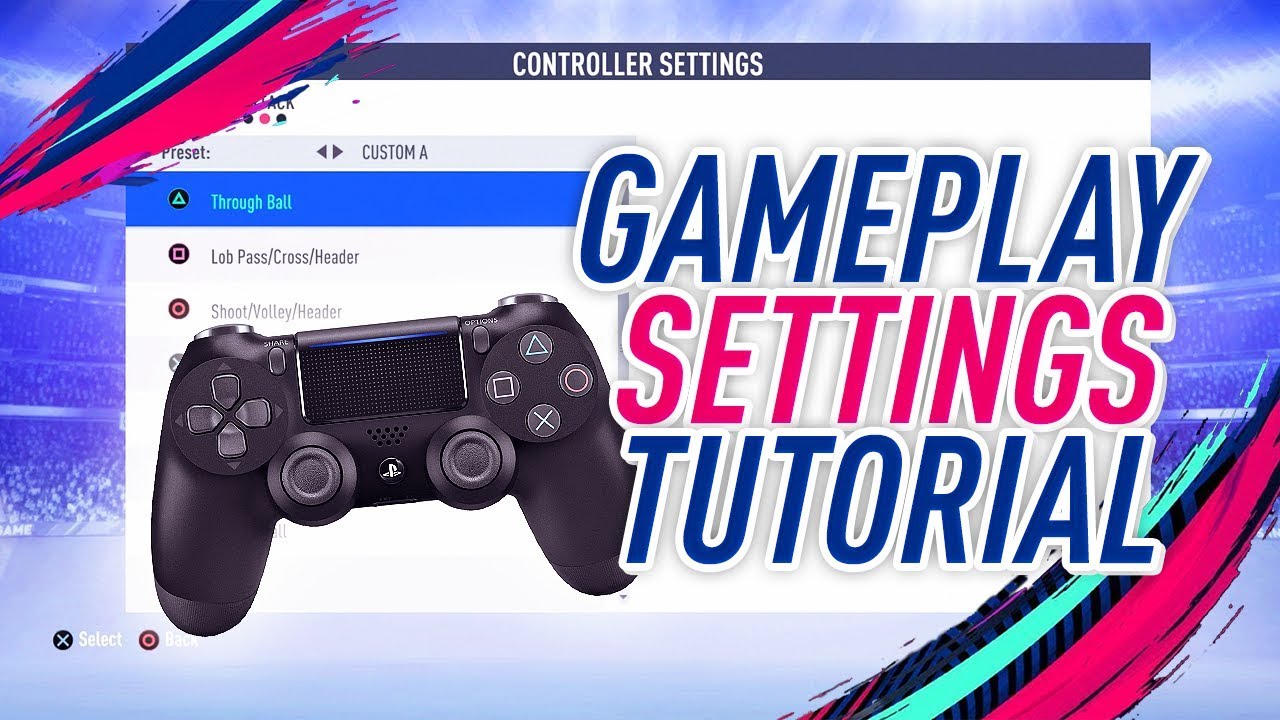 There are some crucial changes we haven't seen in the past couple editions of FIFA in FIFA 19. And how you set up your gameplay settings, controller settings, and camera settings could be a big differentiator in you reaching your full potential in this year's title.

As highlighted by New York Red Bulls Pro Mike LaBelle above, unless you're new to FIFA, or are, say, trying to get down Timed Finishing, your first step in tweaking your gameplay settings will probably be to hide the Trainer.

Mike recommends leaving Timed Finishing on. Even though you can turn it off, you won't be able to improve in that aspect of the game or reap the benefits of the added shooting bonus you will if you execute with it on. Your shots won't be punished, per se, if you turn it off, of course, but who knows; at the end of the day, not having it on could be the difference between you and your opponent.

He also recommends having the Second Defender Switch Icon on. If you've played PES recently, you already know how valuable that can be, particularly on the defensive end of things.

At this stage in the game, we don't know how much "Pass Block Assistance" -- e.g. the AI aspect that influences things like "auto-lunging" -- helps or hurts. Mike says he's leaving it on. If you feel strongly that you want a more truly manual experience, you could experiment with having it off.

LaBelle goes on to spell out the rest of his setting preferences he's built up with more than a decade of competitive FIFA experience, but one of his biggest points: stick to Tactical Defending. No matter how much you want the old FIFA 17 (or prior) truly assisted defending experience, it won't work Online. And unlike FIFA 18, it won't work in Squad Battles either. If you get too used to having it on in certain offline situations, it could negatively impact your gameplay/habits.

As he points out, Controller settings can be a matter of personal comfort and feel but he likes the default controls offensively but moving the R1/RB contain defensively. If that feels inorganic or unnatural to you, understand it may take time -- or you might even be better off keeping things as you've done them.

Finally, in terms of camera settings, if you didn't know, most pro players prefer Tele Broadcast across the board. At one juncture in the FIFA 18 competitive life cycle, it was even in the terms and conditions as the default camera angle (though this was later loosened to give players more flexibility) for all LAN events. Mike likes his Camera Height at 17 and his Camera Zoom at 3 though acknowledges these change a little bit from FIFA to FIFA so you may have to guess and check to find out what works best.